New week people up and down the country will be having fun to raise much needed money for Comic Relief. Red Nose day started back in 1988 and dare I say it, I remember the first ever Red Nose Day nearly 30 years ago! Over the last 30 years Sir Lenny Henry has been the face of Comic Relief and each year the event and the money raised has grown enormously. Comic Relief does so much to help people in both the UK and abroad, tackling poverty and injustice and raising awareness of issues that have huge effects of people and communities.

When I started blogging back in 2013 I quickly became aware of how charitable the blogging community are. Everybody really pulls together and Comic Relief is no exception. From three amazing bloggers Penny Alexander, Annie Spratt and Tanya Barrow Team Honk was born and over the years Team Honk has completed tasks to raise money. One year a baton was passed from Lands End all the way up to John O'Groats, then there was dancing away for Comic Relief and just last week a group of bloggers walked all over London and even prepared their meals on the go in parks. It is from Team Honk that I became involved in this years fund raising efforts. As we live a long way from London I volunteered to visit a project that is local to me to see the sort of places the money raised goes to.


Last week I took a road trip over the Humber Bridge and into the City of Culture for 2017, Hull. I went to visit a project that, in the past, has received funding from Comic Relief. The project that I visited is based at a location that is not publicised as it specialises in helping women who have been victims of domestic violence. Unless you have been in that position it is impossible to understand the anguish and torture that these women have suffered. This often results in mental health issues. We all know that both domestic violence and mental health issues are often something of a taboo. People do not like to admit that it has happened or that they need help. But thankfully there are places that the women can go to and I had the honour of visiting one and meeting such incredibly strong women, who despite everything that has happened are still going. What I was not expecting when I agreed to visit the project was the affect it would have on me. I will admit to leaving feeling quite frustrated that the health service is not doing more to help the project. At the end of the day, it is a health service that is being provided. I spent time talking to the ladies who attend and the lady that runs the service and I came away knowing how vital the project and service is to them. They described it as a lifeline, a reason to carry on, a reason to leave the house and a saviour! The lady who runs the project has not been paid to run the service for a number of months due to the shortage of funding. The third sector really is the forgotten sector and the people who more often than not do the work that the other services do not have the ability to provide.

The money that was received from Comic Relief made a difference to this project and I sincerely hope that they receive some more funding in the future, whether it is from a charity or from the health service. At the project they do craft activities and have been making scarves, bunting and other crafty items and are looking to do some self funding by selling what they have made.

It really did open my eyes and made me see what needs to be done. So, how can you raise money? There are so many ways to get involved with fund raising for Comic Relief. You can hold a bake sale. 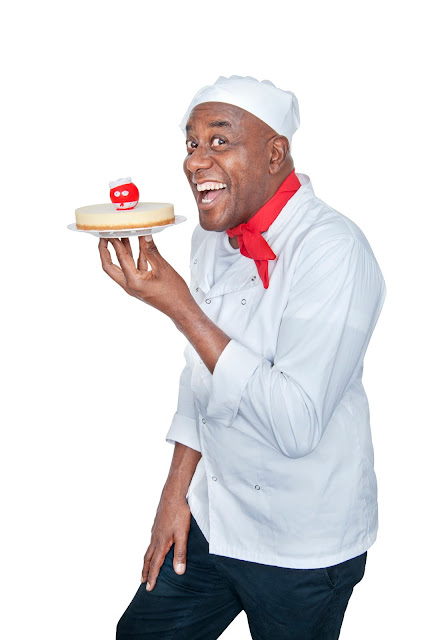 Next Tuesday I will be sharing a fun bake for Red Nose Day. Or you can visit your local T K Maxx and purchase a special Comic Relief t-shirt, apron, or even one of these fab notebooks! 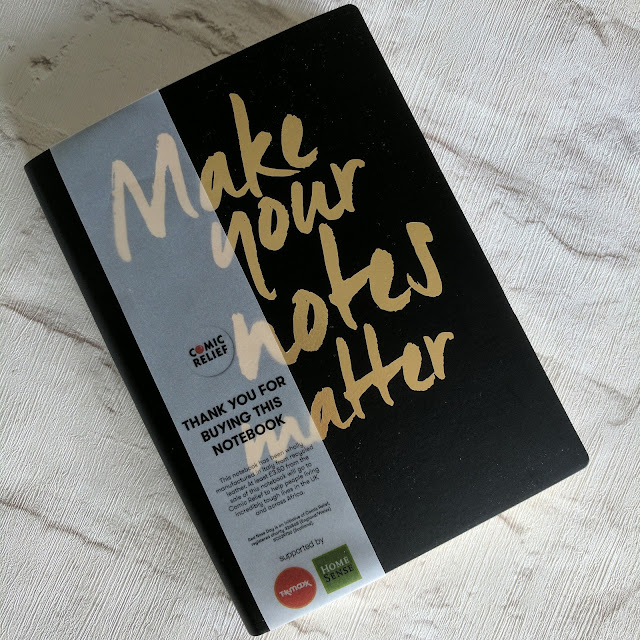 Or simply buy and wear your red nose with pride! 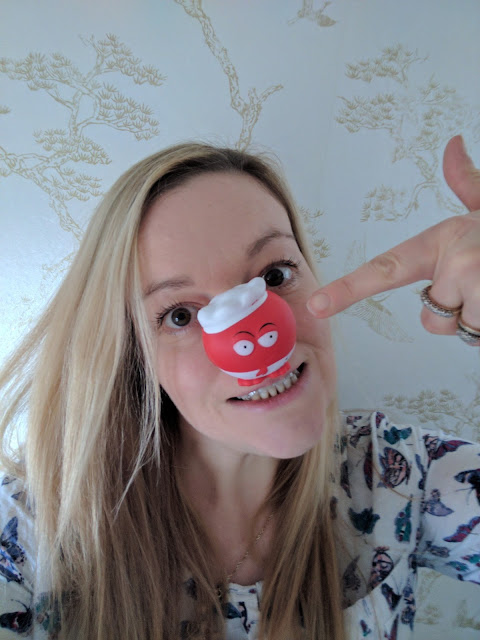 Lets make this year even bigger and better!