If you are a vegan you will know how difficult it is to find a restaurant that caters you. We are not vegan but when we go out I do often go for vegetarian dishes or vegan ones if available. So when I heard that Zizzi had released a new vegan menu. I was even more excited when I was asked if I would like to try the menu for a blog post! 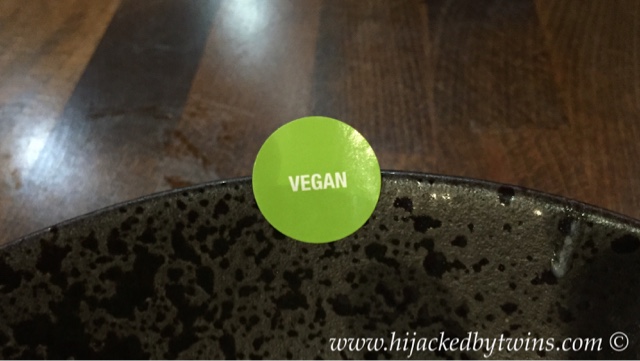 We decided to go to our local Zizzi at Meadowhall, Sheffield. Unfortunately the day that we went their pizza oven was broken, but it was not a problem as we all love pasta. 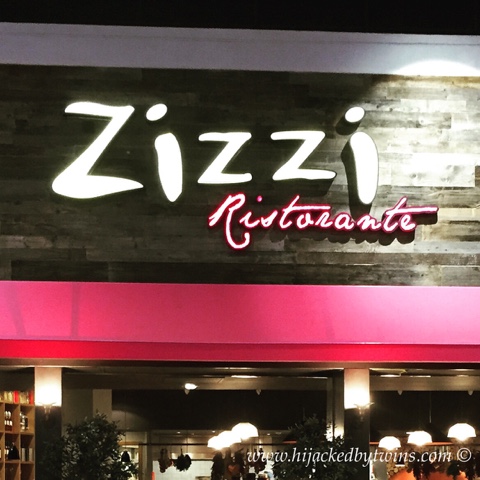 My first impressions of the vegan menu was that it was very limited. There were only two dishes to choose from they were:
However, you did have the option to add extra vegetables to the pasta dish and pizza toppings but they were at an additional price of 80p per extra. Vegetarians had a wide variety but I was disappointed that there was not more to choose from. But the quality of food more than made up for the lack of choice. I decided to go for the vegan spaghetti pomodoro with field mushrooms, roasted red onions and spinach. The dish really was delicious and the portion size was huge! 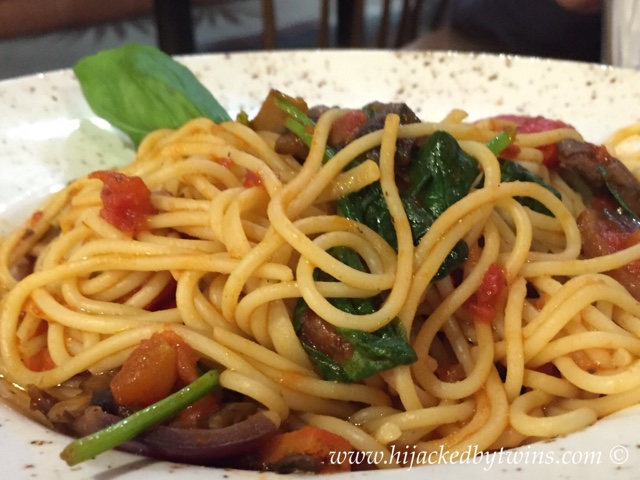 Even though, after the huge plate of spaghetti, I was full, I had to try the desserts! They had the choice of either the Vegan Nectarini or iced desserts of either coconut and mango swirl gelato, lemon sorbet or strawberry sorbet. Without a second thought I went for the Vegan Nectarini and wow it was amazing! 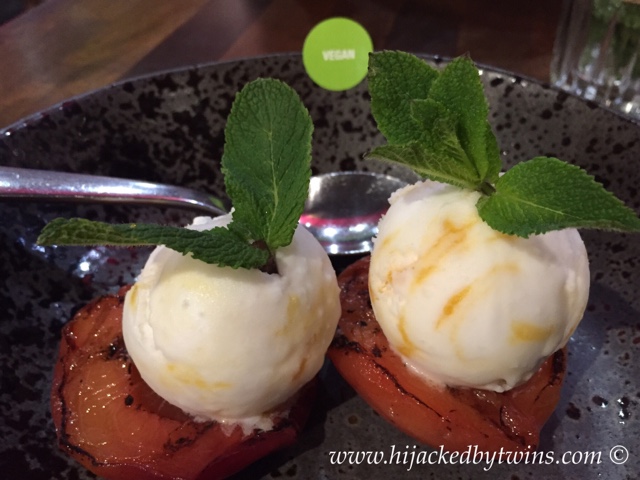 This dessert was so full of flavour and the flavours worked perfectly together. The dessert consisted of two nectarine halves that had been grilled then topped with a scoop of coconut and mango swirl gelato and finished with a sprig of mint. If you visit Zizzi, whether you are a vegan or not this dessert is a must try! I know that next time we go I will be ordering this sweet treat! 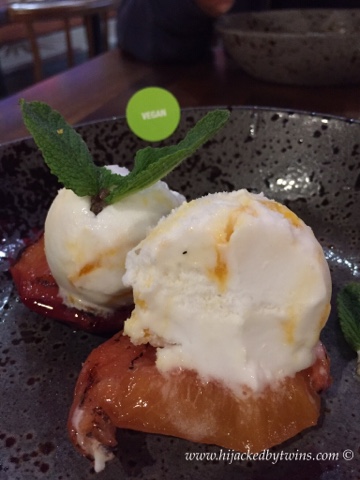 To finish the meal we wanted a hot drink and were delighted to see that Zizzi had a great selection of teapigs teas on offer. The teas arrived in these stylish and modern cups and saucer. 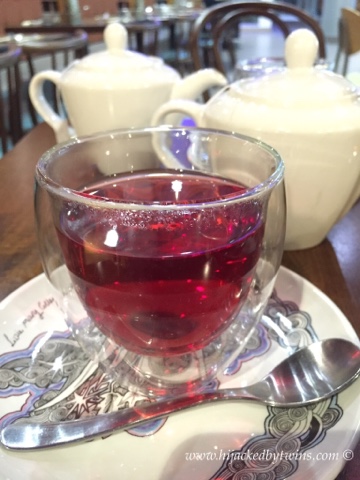 Everything about the meal was presented beautifully and the staff were extremely attentive. If you are looking for a restaurant that caters for vegans I would definitely recommend their new menu. The only downside is that there is not a wide variety of dishes and that you need to pay extra for extra toppings and additions. I think that the menu would appeal more if you could add up to 3 additions then pay for any more for any additional after that. But, to be honest, because of the quality of food, this is not a huge problem. I believe that it is worth paying for good food and you certainly do get good food at Zizzi.

Disclosure: I received a voucher for my meal for the purpose of this post. No cash payment was received. All words, views and opinions are my own and 100% honest.
Posted by Hijacked by Twins at 18:46