Word of the Week - Attachment

When I started to think about what my word of the week would be I kept coming back to the same word.


ATTACHMENT
This word is for my little man, Taylor.
Taylor is and always has been a mummy's boy.
Please don't get me wrong, I love Taylor being a mummy's boy and the attachment is on both sides.
I have always, up until this last week, got Taylor to sleep. He would not go to his daddy or anyone else.
Now that the twins are 25 months old we have started to try and get them to go to sleep in their cots instead of being cuddled to sleep as we have done until now.
I did the same with Joseph. I cuddled him to sleep until he was two and a half and he always came into bed with me until he was three. I did say that I wouldn't do this with the twins. But I find that cuddling the babies to sleep is a great bonding time and a time that I have treasured. However, they are getting older and I know that we need to change how we do the bedtime routine.
We started putting the twins in their cots but Taylor just would not go to sleep for me. He did everything that he could to play, make me giggle and just would not settle for me. He'd lay in bed and sing, shout "Mummy, where are oooo?", blow raspberries, play hidey boo, anything to not go to sleep!
However for hubby, he does mess around but after he has been told to stop he does!
So we swapped twins. I took over getting Isabella to sleep while the hubby took Taylor.
However, me just being in the room, made Taylor want to play and do anything to get my attention.
That is why hubby suggested that I take a step back and let him get them both to sleep.
Isabella has got it cracked bless her. She will lay down and get herself to sleep.
Taylor is the difficult one!
The first night he sobbed and sobbed and shouted "Mummy, Mummy, Mummy". It broke my heart to say good night and walk away. But I did. I stood at the bottom of the stairs and was in tears, my heart was pulling me to go back but my head was telling me not to.
The cord was being cut even more. My baby is growing and not really a baby anymore. I miss the babies that they were but am loving the toddlers that they are becoming.
Over the last week, the crying has got less and getting them to sleep is getting quicker. It has got easier for me too. I do still stand at the bottom of the stairs listening when I hear him cry but I do feel happier that he is settling easier.
Tomorrow is another big, no not big, it is a HUGE step for the twins, and the hubby and I.
The three children are going to my mum and dad's for the night.
The twins have never had a night away from us since they left hospital after being born and being in NICU for 12 days.
This will be the first night that someone else has put them to bed and they have not been with us. I know that the hubby and I are probably worried and nervous over nothing. I am sure that the twins will be fine. Luckily my parents only live down the road, so just in case we are needed, we are not going out, but will have a nice meal and a bottle of wine at home. We are just hoping that they settle and that we can enjoy a full nights sleep and a lie in!

Even though the bedtime attachment is not like it was, my little boy still remains a mummy's boy and always will be! (I hope!) 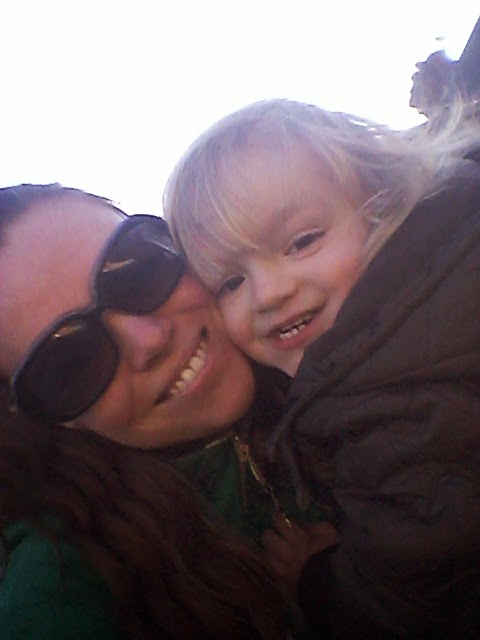 I am linking this post up with The Reading Residence Word of the Week head on over to see what word sums up their week and what other bloggers have said.﻿
﻿
Posted by Hijacked by Twins at 14:16

Email ThisBlogThis!Share to TwitterShare to FacebookShare to Pinterest
Labels: sleep, twins, Word of the Week