Last Friday I got a telephone call from Joseph's school. As any parent, who has a child at school, will know when you see it is someone from school ringing you immediately think "oh no, what's happened?" thankfully this call was different.
This telephone call was to tell me that Joseph was due to receive an award for all of his achievements during this school year and that it was top secret!
Anyone who knows me well will know that I really struggle with secrets. I always panic that I'll say something to give it away or it'll slip out before my brain has realised what is coming out of my mouth! When they told me about the award I was ready to burst with pride. I immediately rang hubby so he could arranged the afternoon off work and started thinking about a "well done" treat and ordered him a Hug Box (this will be another post that I'm excited about writing!). I also decided to cook Joseph's favorite meal on Monday.
So Monday came and Joseph had no idea that we were going to the leavers service or that his dad would also be there.
When we arrived at the village church there he was, sat very seriously, as he does. Then the moment came when the head teacher started to give out the awards. When she got to year 3 I could feel a lump in my throat. She said "this award is going to a boy who was very nervous before he moved up into key stage 2, but once he was in that class, you never would have known it. He settled straight in. This child always tries his best in everything he does and his confidence has grown over the year. This award is going to........
Joseph!!!!!!!"
I could see in his face that this was a huge surprise and he had no idea that he was going to get this. I felt so proud of him as he went to the front to get his gift voucher I had a huge lump in my throat and tears in my eyes. Joseph certainly has had some great achievements this year and is really starting to mature. My baby is growing up!
Today is his last day at school for this academic year. I hope Joseph realises how well he has done and how much he has achieved.
I know that I will keep on reminding him! 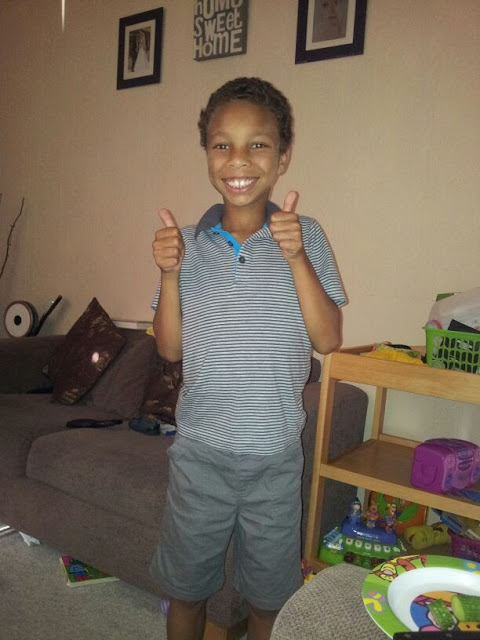 Email ThisBlogThis!Share to TwitterShare to FacebookShare to Pinterest
Labels: award, growing up, school