What a week we have had. All week we have been up in bony Scotland for a holiday. We stayed in Aviemore which is in the Cairngorm mountains. This was a new part of Scotland that we have not visited before. The week has seen a lot of stunning sights, glorious sunny days, walks, distilleries and quality family time. 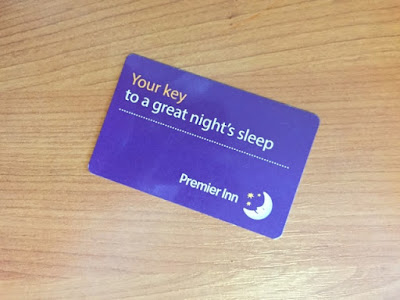 On Friday we set off on our holiday. We collected the children from school at lunch time and headed up to Scotland. As it was going to take a long time to get there we decided to stay over at Glasgow for the night. 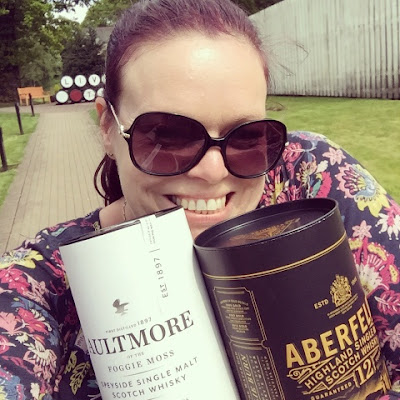 On Saturday we set off on the final part of our journey up to Aviemore. On the way past we called in at my favourite distillery, Dewar's Aberfeldy and yes I left with some whisky! When we arrived at our holiday cottage we were delighted with where we would be spending the next 7 nights! 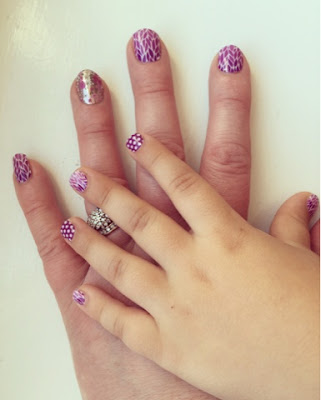 For weeks I have been promising Isabella that I would do her nails while it was the holidays so on Sunday morning we had some girlie time doing her nails. Later we called into the Tomatin distillery and went up to the Black Isle, above Inverness. 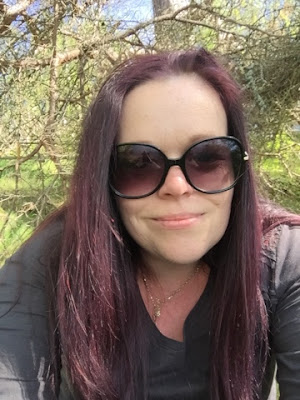 On Monday we took the children to the Highland Wildlife Park. This was one of the attractions that we had planned to visit before coming up. But, unfortunately, we were really disappointed with the park. We thought that it was a lot of money (£73!) for what was there. We were unable to see many animals and the wolves and monkeys were closed. We left early and had a drive around and found a lovely walk. This is where I took the picture above. I always feel so relaxed in Scotland! 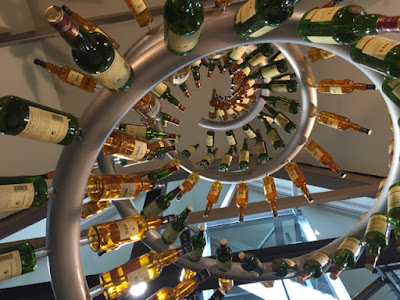 On Tuesday we went to visit Ballindalloch Castle which was lovely. It was a cheap place to visit, nice and quiet and the kids loved the walks and playing in the park. On the way back we called in to Glenlivet distillery for a look at their exhibition area. After leaving we found a fantastic shop in Tomintoul which I am planning to tell you more about in a future post. 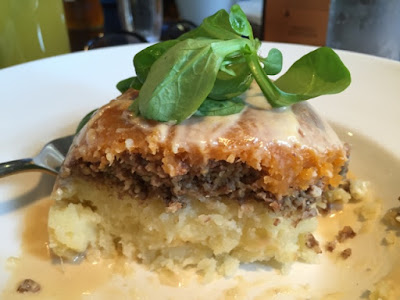 The Glenfiddich distillery was highly recommended to us by my mum and dad so on Wednesday we went to Dufftown and had some of their amazing haggis, neeps and tatties with whisky sauce! 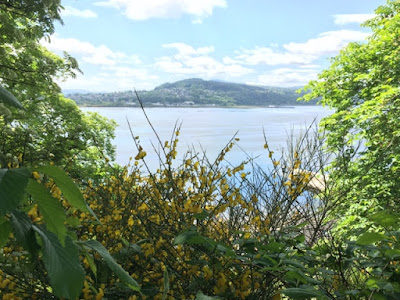 We set off on Thursday to go to a dolphin and seal centre on the Black Isle however when we arrived we were disappointment to find that it had closed down. This was the stunning view over the Beauly Firth. 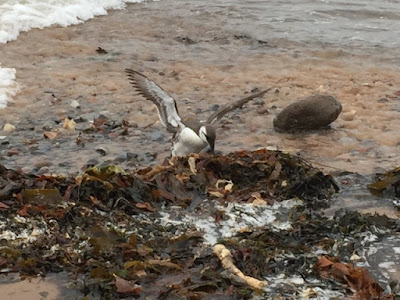 After the disappointment from not seeing the dolphins on Thursday we got up early and drove to Chanonry Point which is a great place to spot dolphins and seals. As soon as we arrived we spotted dolphins. We could see their fins and a couple came up out of the water. It was amazing to see them in their natural habitat. We have said we'd like to return but go a bit earlier to see them more. We also saw a few seals which was lovely. Unfortunately they were so quick we did not get any pictures but we did watch this funny little bird on the beach. 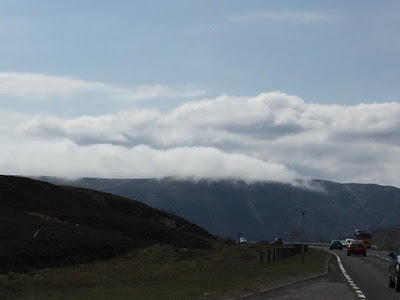 Saturday was time to leave Aviemore. All week we have had glorious weather and the day we were leaving it got cooler and the mountains were covered in low lying clouds.