Hooray this week is over!

J is in year 6 so this week he had his SATS. At the beginning of the week I thought that I was more worried for him than he was. But as the week went on I could see that the pressure was in fact getting to him. By Thursday I was relieved that they were over and done with.

This week has seen a lot of outdoor pictures. We have enjoyed meals outside and it is lovely seeing the flowers in the garden showing their colours. 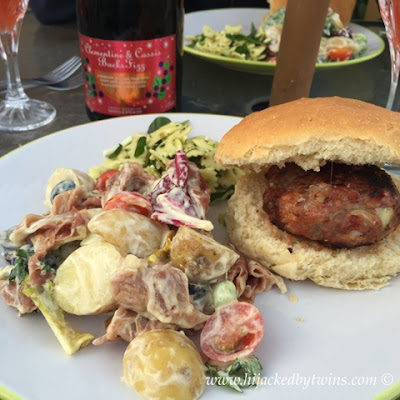 Saturday was a beautiful day so we just had to have a barbecue! I made a delicious potato salad which made the perfect side dish! 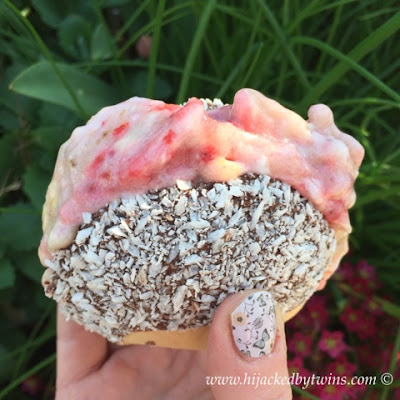 As Sunday was another glorious day we made the most of it by eating outside again. My mother in law came over so that barbecue was used again! I used the Panasonic Slow Juicer

to make this strawberry and banana ice cream and filled some oyster shell wafers with it. 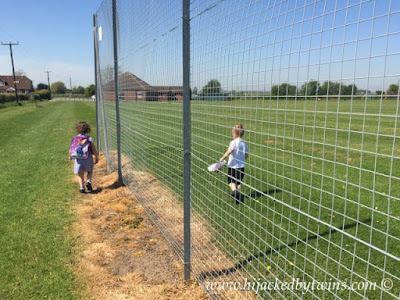 On Monday J started his SATS. I have not been looking forward to this week but he was nice and calm when he left in the morning. The twins and I made the most of the sunshine and walked home via the playing field. 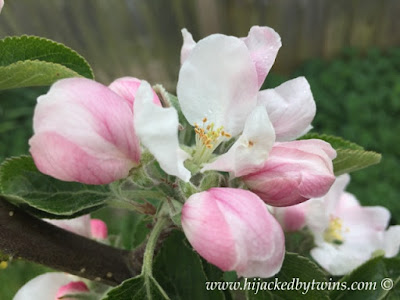 What a difference a day can make. Tuesday was so wet and grey! But while I was in the garden I was admiring the apple blossom. Fingers crossed we should get more apples than we did last year! 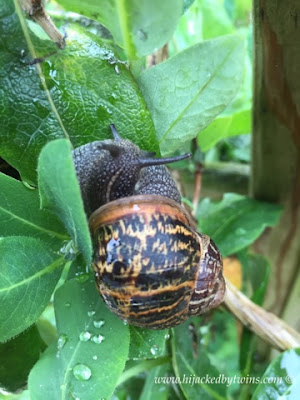 Thanks to all the rain that we had on Tuesday and Wednesday morning while I was in the garden I could not believe how many snails were out! They were everywhere. On Wednesday poor J had to go to the doctors and was told he had stress related ulcers. I think that the SATS were getting to him more than he admitted! 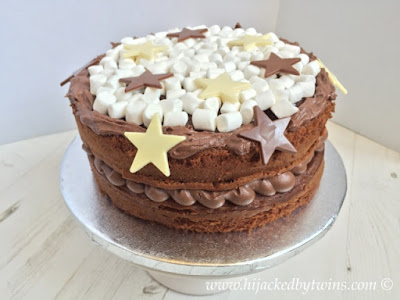 Thursday was the final day of J's SATS so to celebrate I baked him this chocolate cake. Keep an eye out for the recipe next week! 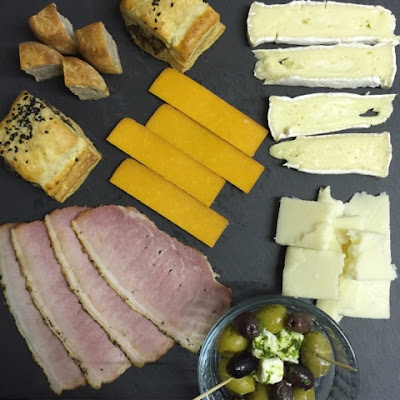 Friday was non stop! The hubby finished work early and we went carpet shopping to replace the carpet that go wet when J left the tap running and plug in the other week. We ended the week with a lovely picky dinner and a glass of wine!

How was your week?

* contains affiliate link x
Posted by Hijacked by Twins at 16:58