The Many Benefits of Wild Oregano Oil Today

Oregano is a delicious herb to add to foods and one that I often use. I recently wrote a recipe using oregano as a feature herb. When I was cooking my Oregano Prawn Spaghetti I was not aware of the other health benefits that oregano has. This guest post from Nature Supplies certainly will leave you intrigued! 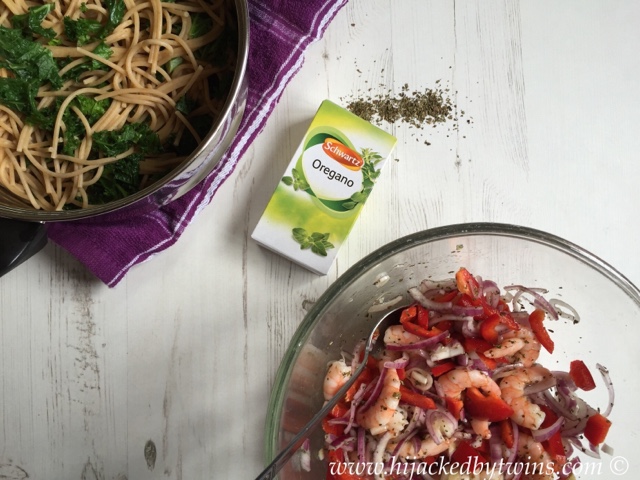 There are few natural remedies which have as many health benefits as Oregano Oil. It can be used for a vast array of health issues; from treating foot and nail fungus to alleviating sinus infections and colds. It is probably most recognised for its use in the culinary world, within which it is used to add flavour to meat and pasta dishes. Although it was frequently used for medicinal purposes in the Ancient Greek and Roman times, the health benefits of Oregano Oil are not necessarily well known in the 21st Century.

What is Oregano Oil?

Created from the flowers and leaves of the Oregano herb, it is a member of the mint family and now grows in many countries around the world, despite originating from parts of Europe. This bushy herb has dark green leaves which along with the accompanying flowers are dried and steam distilled to create the high strength oil. The oil has a dark golden appearance and a very distinctive taste and smell.

What does Oregano Oil contain and what are the benefits of its properties?

The element of Oregano Oil which helps to boost your immune system is called Thymol. This is a natural fungicide which protects the body against harmful toxins and speeds up the process of healing after injury or illness. The Carvacrol and Terpenes found in Oregano Oil is effective in the treatment of bacterial infections.

What is Oregano Oil used for?

As aforementioned, Oregano Oil can be used for a wide range of health problems. If you have a cold, taking a drop of Oregano Oil under your tongue can be a good way of alleviating the symptoms. Another way of treating a cold with Oregano Oil is by putting a few drops into a bowl of boiling hot water and then inhaling the steam.

Because of the antibacterial properties of Wild Oregano Oil, it has also been successfully used to eradicate Urinary Tract Infections (UTI’s). It can be particularly effective at wiping out harmful E.coli bacteria which is the main cause of most UTI’s. It is also taken by people who suffer from respiratory problems.

Applying Oregano Oil – which has been diluted – onto a skin rash can relieve the itchiness and also reduce the appearance. Oregano Oil is also used for toothache, sore throats, sprains, cramps and arthritis.

It is not only used for the benefit of your health as it can also be useful in other ways, for example; as an insect repellent. You can simply apply a diluted mixture on to your skin to ward off insects when you’re out and about.

How can I buy Oregano Oil?


OreganoOil is available online at Naturesupplies. It is available in two different sized bottles; 10ml and 30ml.