I am pleased to say that we have now completed the first half term of 2016. This week has had some very cold mornings that I am not going to miss going out in next week! This week has been a busy week with regard to foodie posts. We have had the Chinese new year, pancake day and tomorrow is Valentines day. I do enjoy having foodie weeks like this week!


This week has seen two new arrivals to the Hijacked By Twins household, lots of pet pictures and a hurdle crossed! 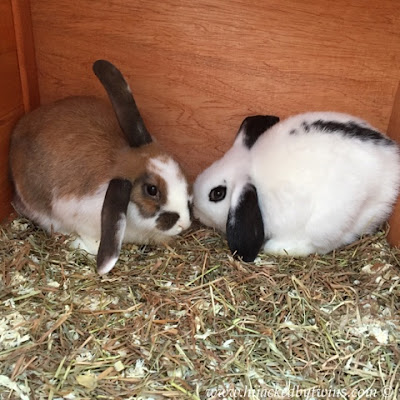 On Sunday a trip to our local Pets at Home for a harness for one of the dogs resulted in us coming home with a new hamster for Joseph and two bunny rabbits! The Hubby knows that I have always wanted a rabbit, from being a child to now. He also knows that recently my moods have not been great and I have been very up and down again. So when he saw me admiring the rabbits he asked me if I wanted two. I did, but to stop me feeling guilty I suggested that they be part of the twins birthday presents as they loved them. So meet Yoda, Taylor's rabbit on the left and Elsa, Isabella's rabbit on the right.
Monday 8th February 2016 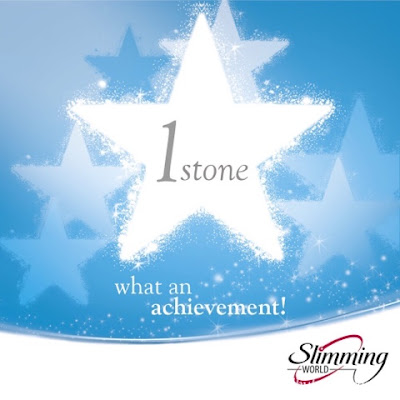 On Monday, my weigh in day, I got this award! Yes I have lost my first stone, well 1 stone and 1lb to be exact. This certainly did make my day! 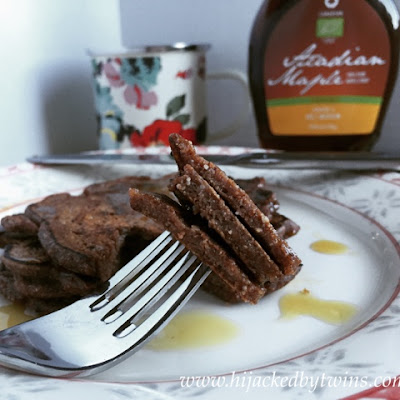 As Tuesday was pancake day I started the day off with a coffee and my Vegan Raw Cacao Pancakes. 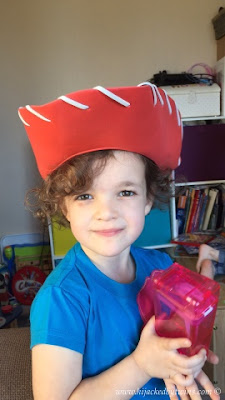 On Wednesday part of my nieces birthday present arrived and Isabella enjoyed modelling the Jesse hat so we could send them a picture. On  Wednesday I also found out that I have been offered a place on an exciting weekend away next month. 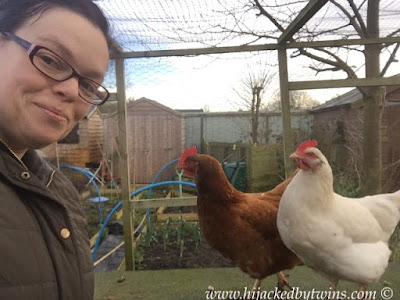 On Thursday I enjoyed some morning cuddles with my baby niece who was at my mums followed by time with the animals. Two of the chickens are really sociable but one is very shy. I am thankful that the days are getting longer as two of them have started to lay eggs again. 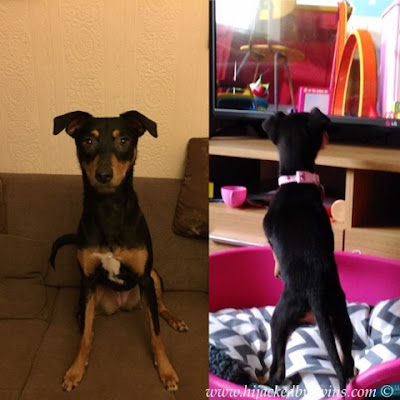 Thanks to Facebook memories we were reminded that 12th February was the year anniversary to Opie coming home at 8 weeks old. She is now a big dog but, like with children, you only realise how small they were when you look back at pictures. 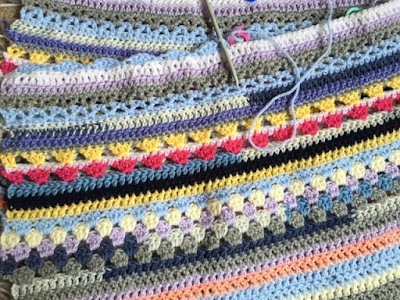 Saturday started with our usual girls outing to Isabella's ballet class. After seeing to all of the animals I kept inside in the warm. After a bit of blogging I sat and did some crochet. This is my Sky Blanket so far.

Hope you have a good week.