The one thing I love about Christmas is the food, especially the mince pies. However I will admit to being quite fussy when it comes to mince pies.

Only the best will do!

So when Aldi asked me if I would like to try their mince pies I was curious to see if we would be able to tell the difference. I decided to get the hubby and my parents involved and asked them to do a blind taste test, just like they do on the adverts. 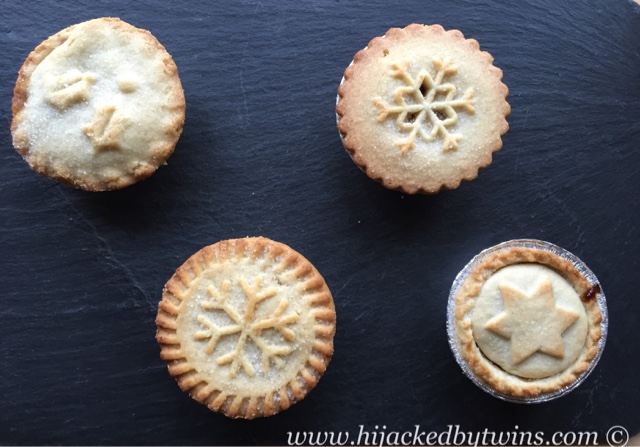 I knew that Aldi were facing a tough challenge as I adore Tesco Finest mince pies. As soon as they come out in the shops you can guarantee that a box will end up in my trolley!

So how did Aldi's mince pies do?

Let me tell you the results...

I labelled the mince pies one to five. You will notice that there is a mince pie short on the pictures above. The reason for this is that they really were not worth photographing. We all agreed that they were the worst mince pies we had ever had and the quality was not great either. Our results will show which they were.

The overall favourite was in fact the Aldi Specially Selected mince pies which were selected by three of us. 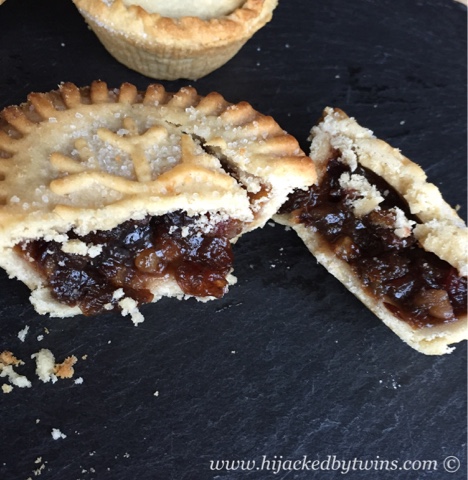 We all loved everything about these mince pies. From the lovely buttery pastry to the mincemeat. They really are delicious!

Tesco Finest came a close second, followed by Tesco regular pies, then Mr Kipling. It was Tesco Value pies that came last and after a taste the rest went in the bin!

I was amazed to see the price of these delicious mince pies. At the weekend I called into my local store and found that a box of 12 mini mince pie are priced at just £1.49 while a box of 6 larger pies were just £1.15! Compared to £2.50 that I usually pay at Tesco these are a fantastic way to enjoy same quality of flavours and save money!

I now have a new favourite mince pie! 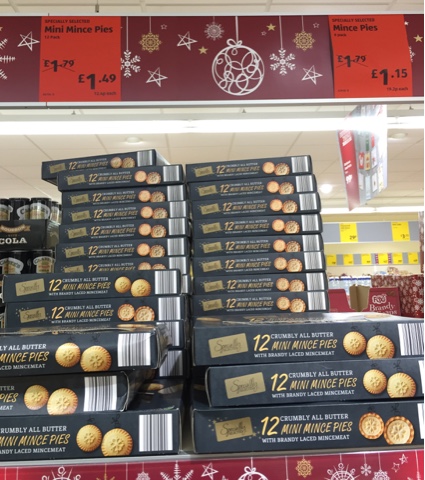 Disclosure: I  was sent some of Aldi's mince pies to try. No cash payment was received. All words, views and opinions are my own and 100% honest.
Posted by Hijacked by Twins at 14:52