I know, I am a day late this week! This is due to a manic Friday combined with not feeling great. Anyway here is my Word of the Week...

This week has been a productive week in respect to our house and the plans that we have.

Last year we had the front garden converted into a drive. But since then we have been waiting and chasing up quotes to get a dropped kerb installed. This has been an up hill struggle and has felt like a battle to get some figures back. This week we have accepted a quote and finally have an idea of when the kerb will be changed!

We have been planning to have an extension built to the back of the house for a while now. We have been toying around with different ideas.

Do we go for a two story extension?

Do we have a single extension?

Do we go for a conservatory?

We have had so many thoughts and ideas flying around. At times it has felt that it has been all we have thought about. At last, after a meeting with an architect, we have finally decided what we would like to be done! I have drawn up some plans for a room to be extended for the additional bedroom that we need and an orangerie built off  the kitchen to create a large open plan kitchen/living area. At last I have submitted all of the forms and plan to the councils planning department and now we wait. 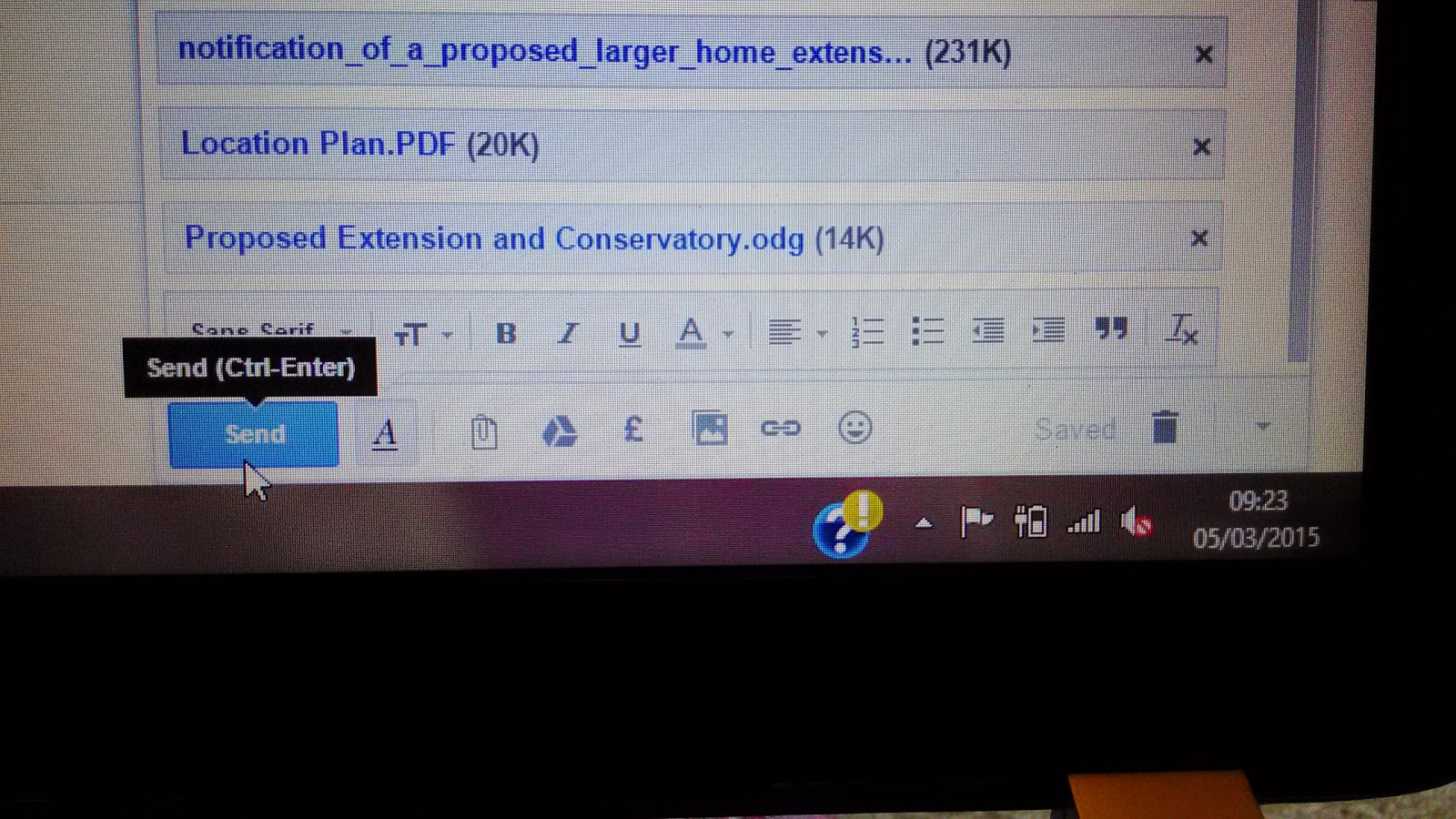 I have also been speaking to builders and asking for quotes so that as soon as we get the go ahead from the council (fingers crossed) we can get on with making our plans a reality.

We have also seen plans develop with new additions.

We are planning to adopt another puppy from the same litter as Opie. When I took her back to the RSPCA for her second vaccination the hubby told me to ask if all of the puppies had been homed. I was told that all but 3 had been adopted. After going to see them and seeing their sad eyes we have agreed to adopt one more as a play mate for Opie. As soon as I saw them I noticed how much a loving home has brought Opie on. She is so full of life and looks bigger and healthier. They are currently on antibiotics for a tummy bug, like Opie was, but hopefully on Tuesday they will get the all clear. We are planning to take Opie to visit her sister, who will be called Jax (yes we are huge Sons of Anarchy fans!) to see how they get on and if it all goes well we will be adopting her.

There has been a lot of planning this week. Planning for the future. Exciting plans which will mean a busy year making our plans, hopes and dreams a reality.

That is why planning is my Word of the Week. What word would sum up your week?

As always I am sharing my Word of the Week with The Reading Residence.

Email ThisBlogThis!Share to TwitterShare to FacebookShare to Pinterest
Labels: home, Puppy, Word of the Week