This weeks word of the week has to be...

This week has seen the twins have their first taster sessions at nursery before their start after Easter. I will admit to feeling extremely nervous and anxious on Wednesday morning. I was anxious about what their reaction would be to being left, if they would be upset, if there would be separation issues.

I am delighted to say that there were no problems what so ever!

We waited with all of the school children and they all went in together. I walked them in, hung their coats and bag up and went in their room. I stayed with them until they were settled, which only took about 5 minutes. When I saw them happy and colouring I crept out and walked home.

I had a whole hour to myself. I have to admit the time flew, by the time I had walked the dogs and had a lovely hot cup of tea it was time to walk back up to school to collect them.

When I got there they were happily playing. Taylor was in the playground playing with the cars while Isabella was inside doing crafts. I was surprised to hear that they had both been playing independently and not together. This was reassuring as I don't want them to be too dependent on each other. The most difficult part of Wednesday was getting Taylor to leave the cars and playground to go home!

Thursdays session was a breeze! They were both keen to leave the house in the morning, in fact Taylor was telling us "come on!". When we got to school they went straight in without even saying goodbye!

It was lovely to see them both happy in the nursery environment. It makes it so much easier to leave them knowing that they are settled, happy and confident. 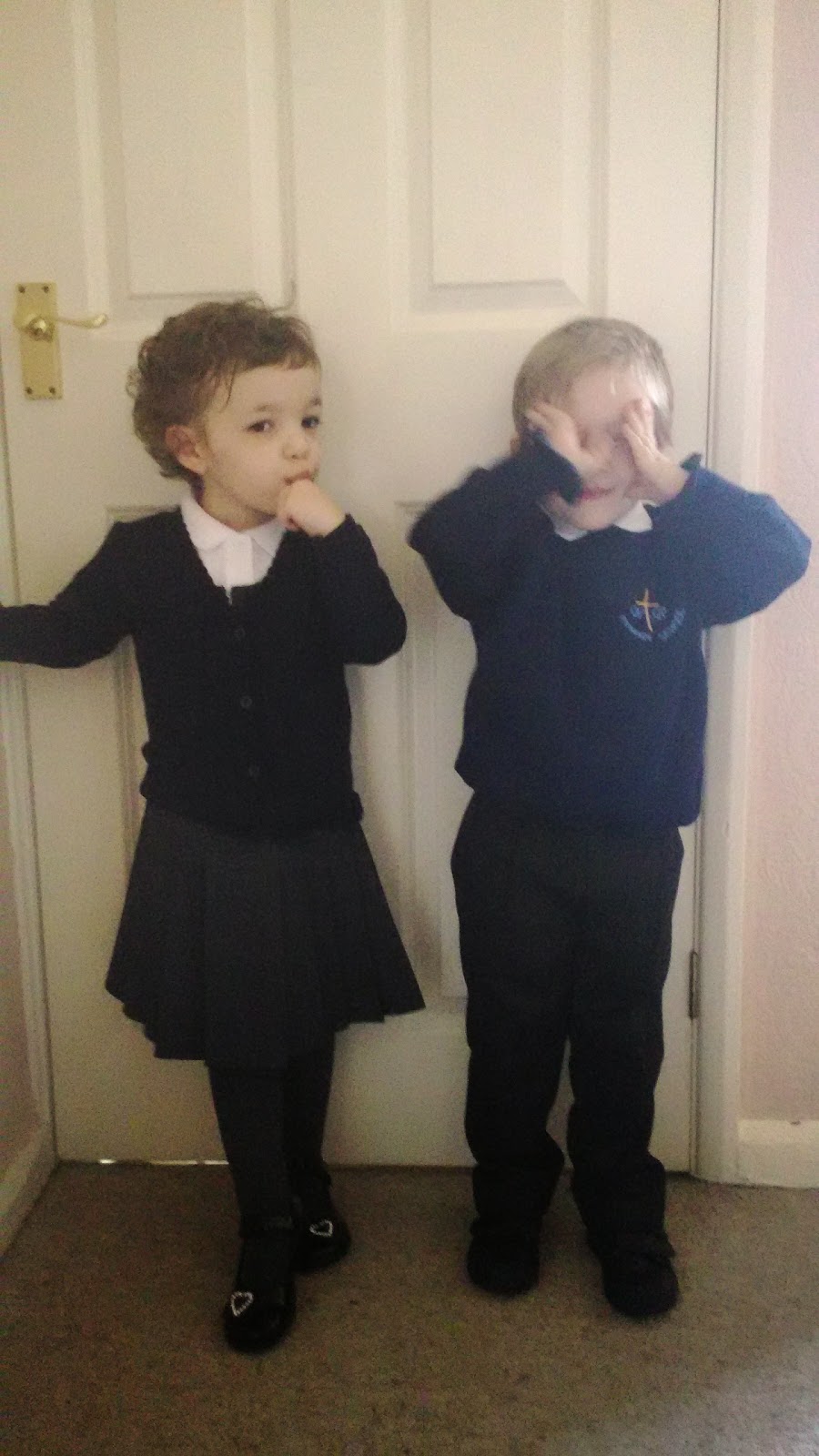 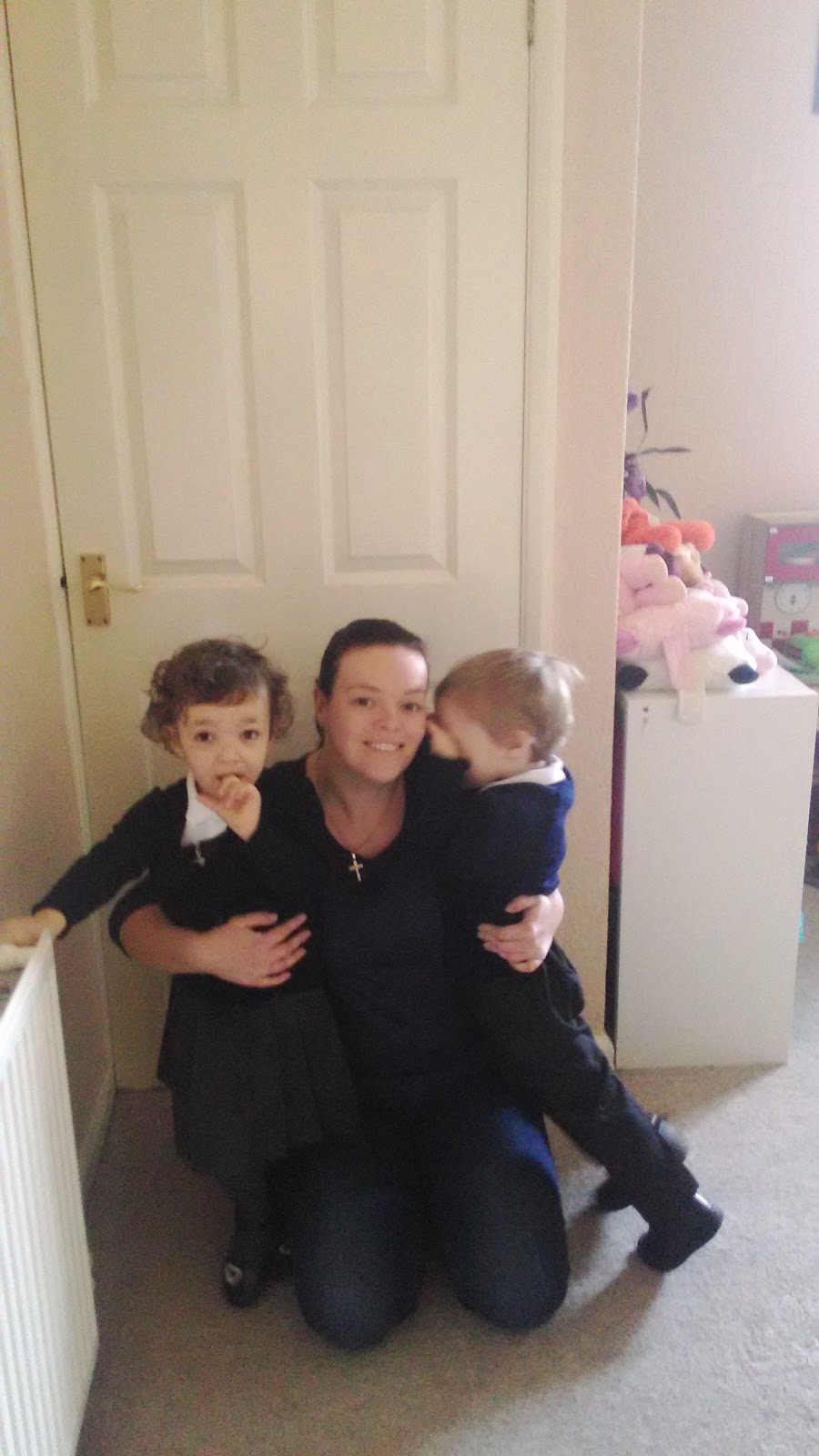 All ready to go to school! 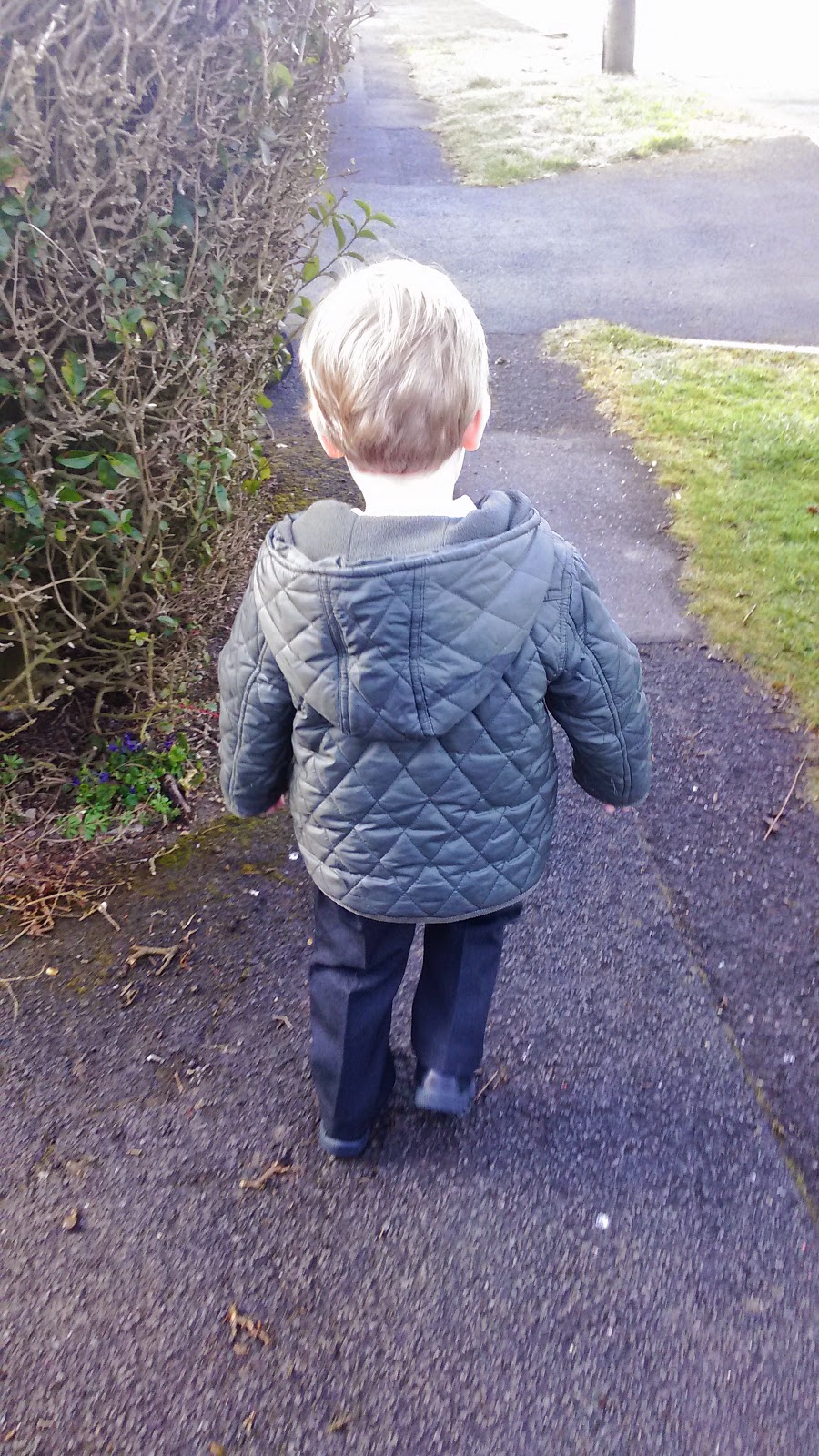 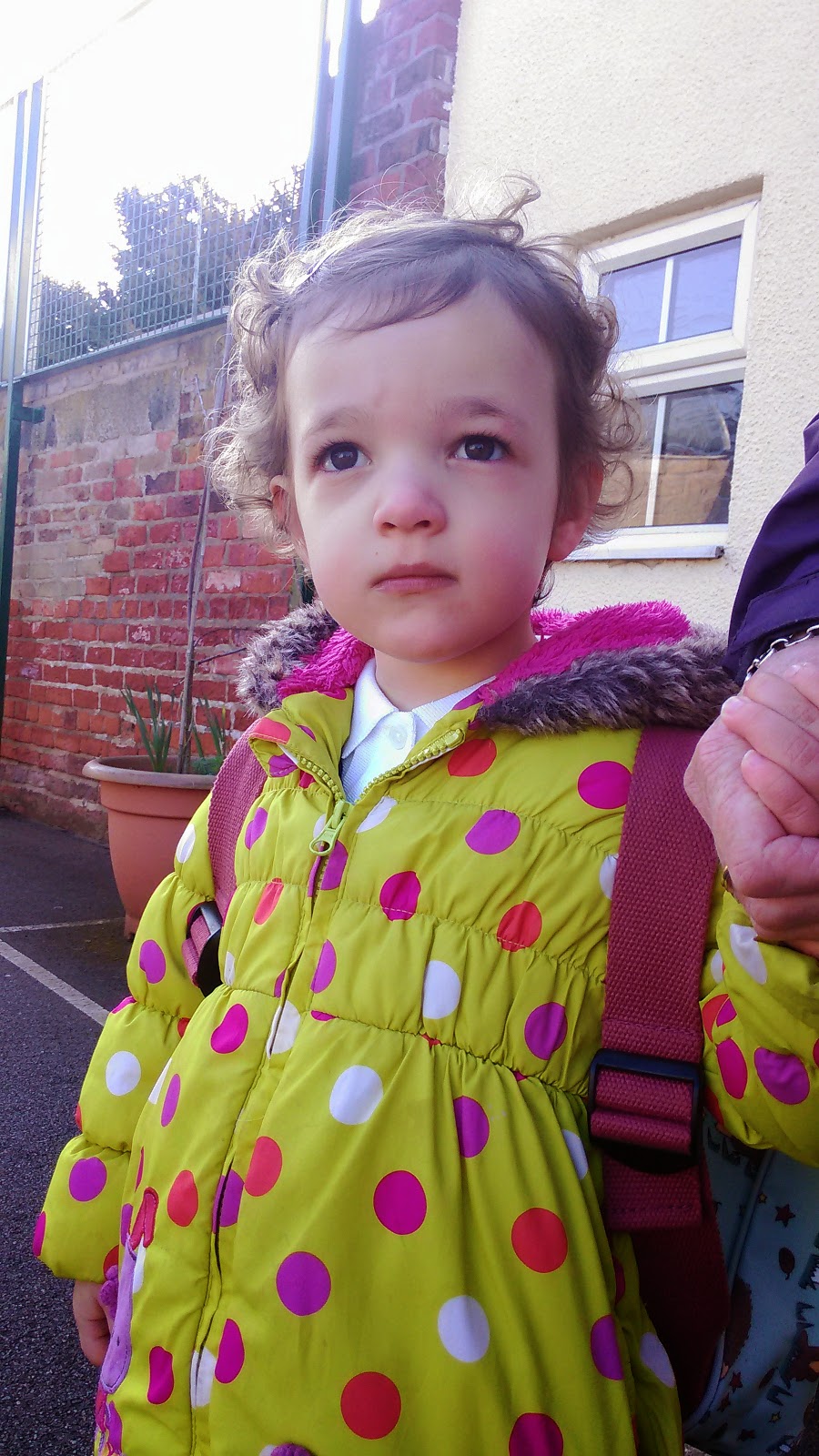 On the walk to school and waiting to go in. 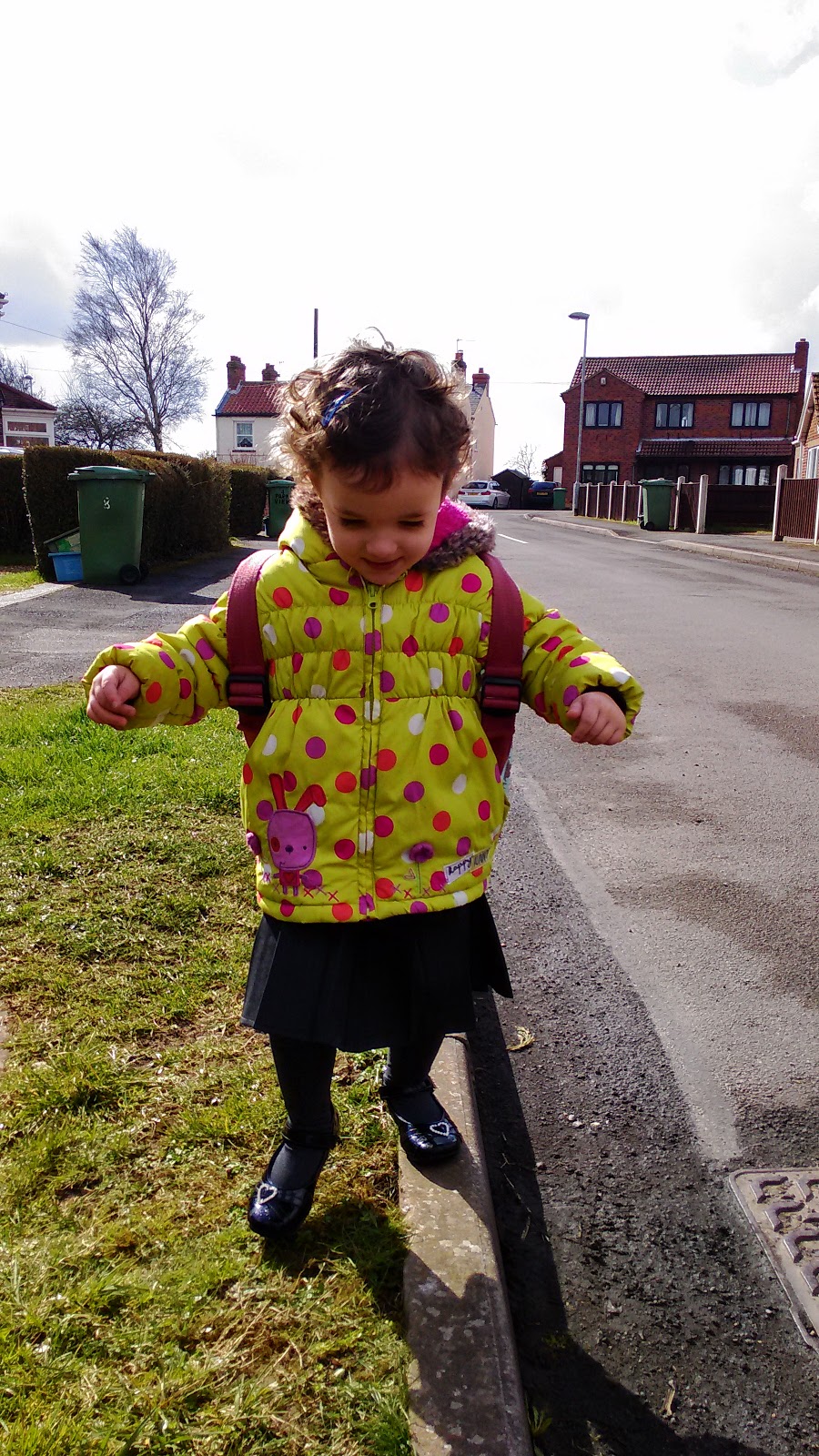 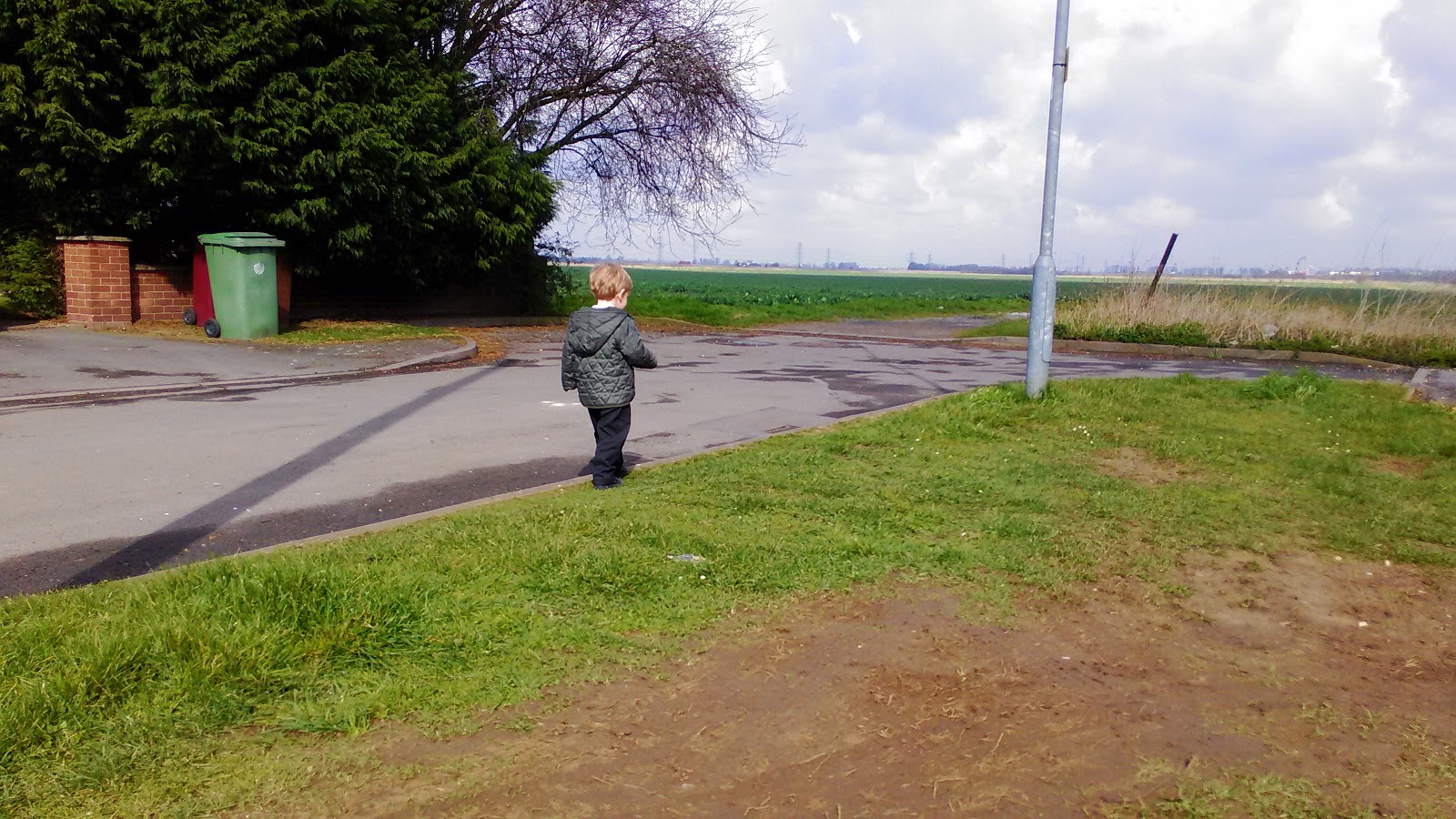 A fun walk home ending in balancing on the curb, don't worry
we live down a very quiet road!