If you are a regular reader you will know that I love a good cup of tea. So when teapigs asked me of I would like to try their Everyday Brew black tea I was certainly eager to see what it was like.

I am a tea lover, however I must admit that I do not usually drink regular black tea. I have never enjoyed it as much as other teas. So I knew that Everyday Brew had a job to convince me to drink it regularly. However drinking teapigs Everyday Brew I now realise that it was not the tea that I disliked, it was how the mass produced tea bags made the tea taste.

When I had my first cup of Everyday Brew the first thing I noticed was how the water changed colour as soon as the boiling water was poured over the bag, a lot quicker than other bags! I left the bag to brew for just 3 minutes as I do not like it too strong. When I took the bag out it had gone from being a quarter full of dried tea leaves to being packed with tea leaves that had opened up during the brewing process. The Everyday Brew certainly makes a lovely hot drink. I had mine both black and with a slice of lemon.

As I was so surprised with the difference that I could taste, I decided to look into the differences a little closer. To do this I have compared a regular tea bag with a teapigs tea bag. I emptied the contents to compare. I made a cup of tea in a glass so that I could see the difference and of course I did the taste test! 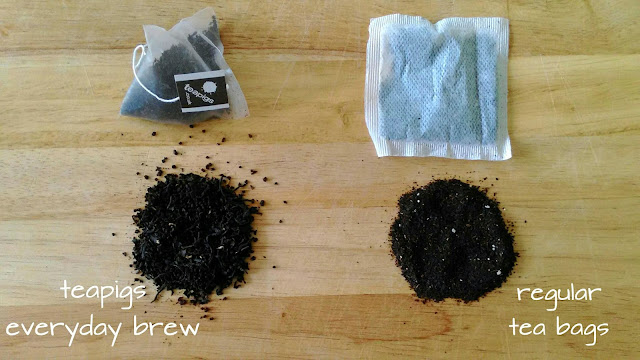 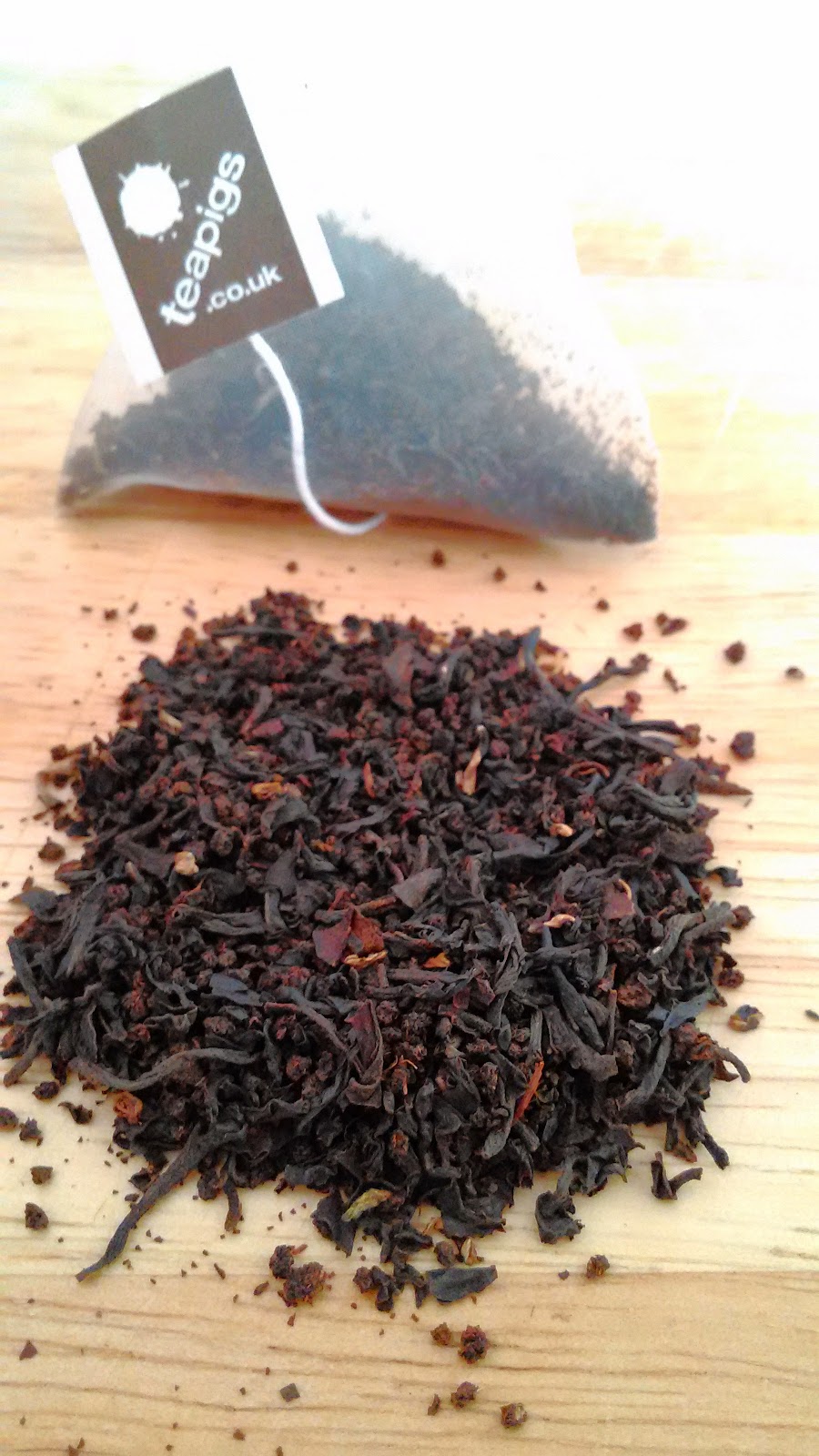 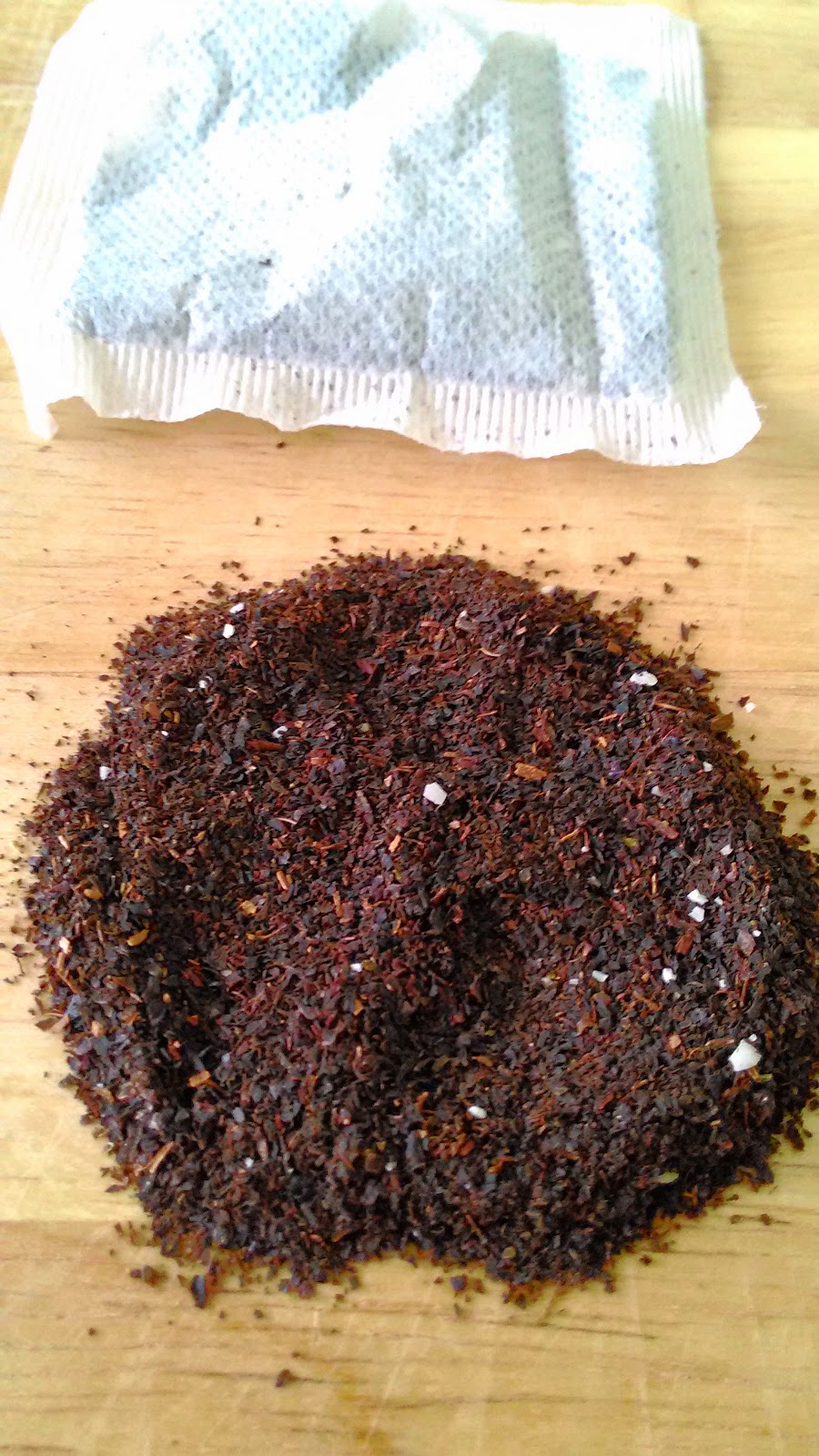 The contents of the tea bags show how the tea of the
regular bags are ground down into nearly a powder. 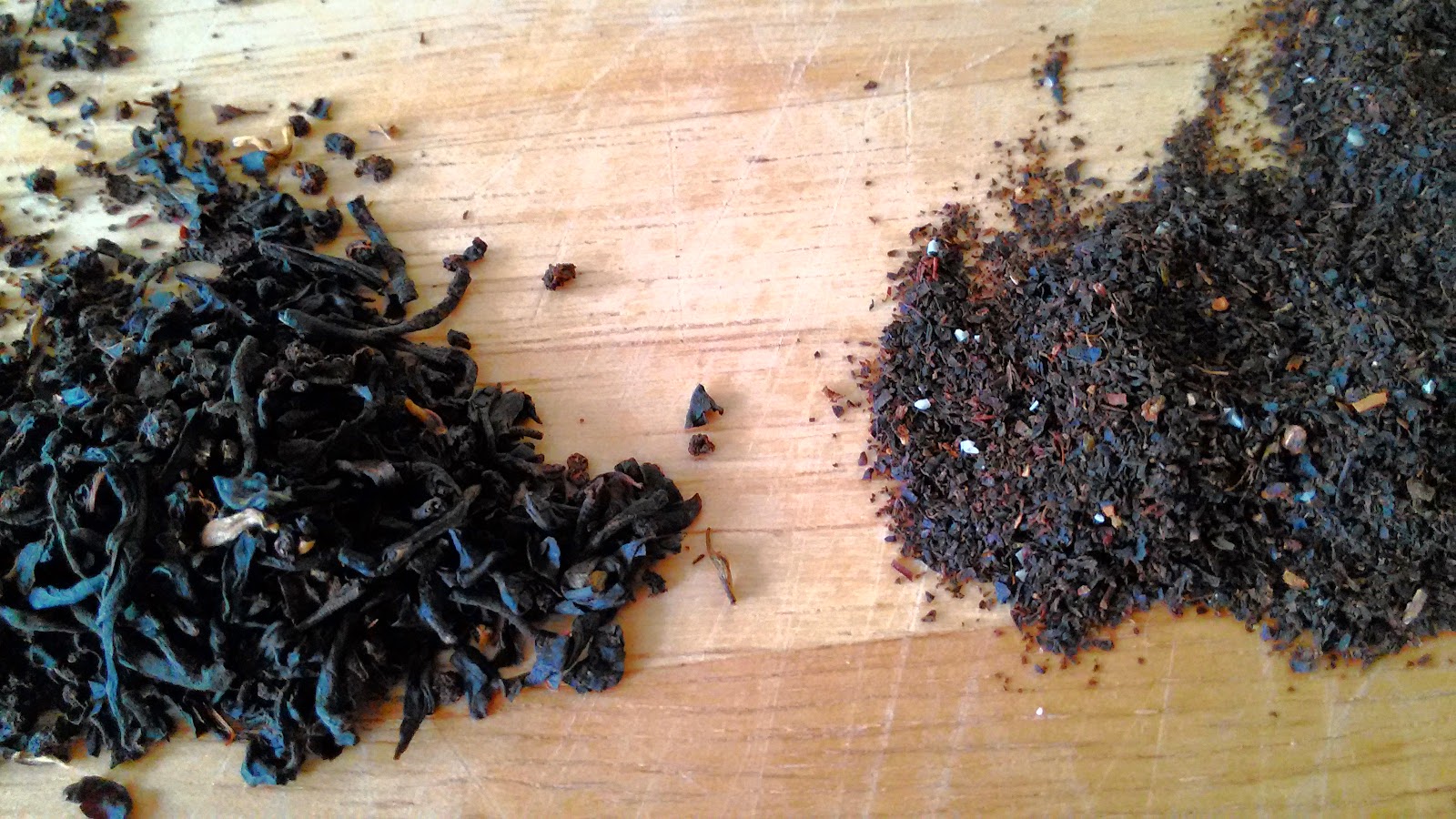 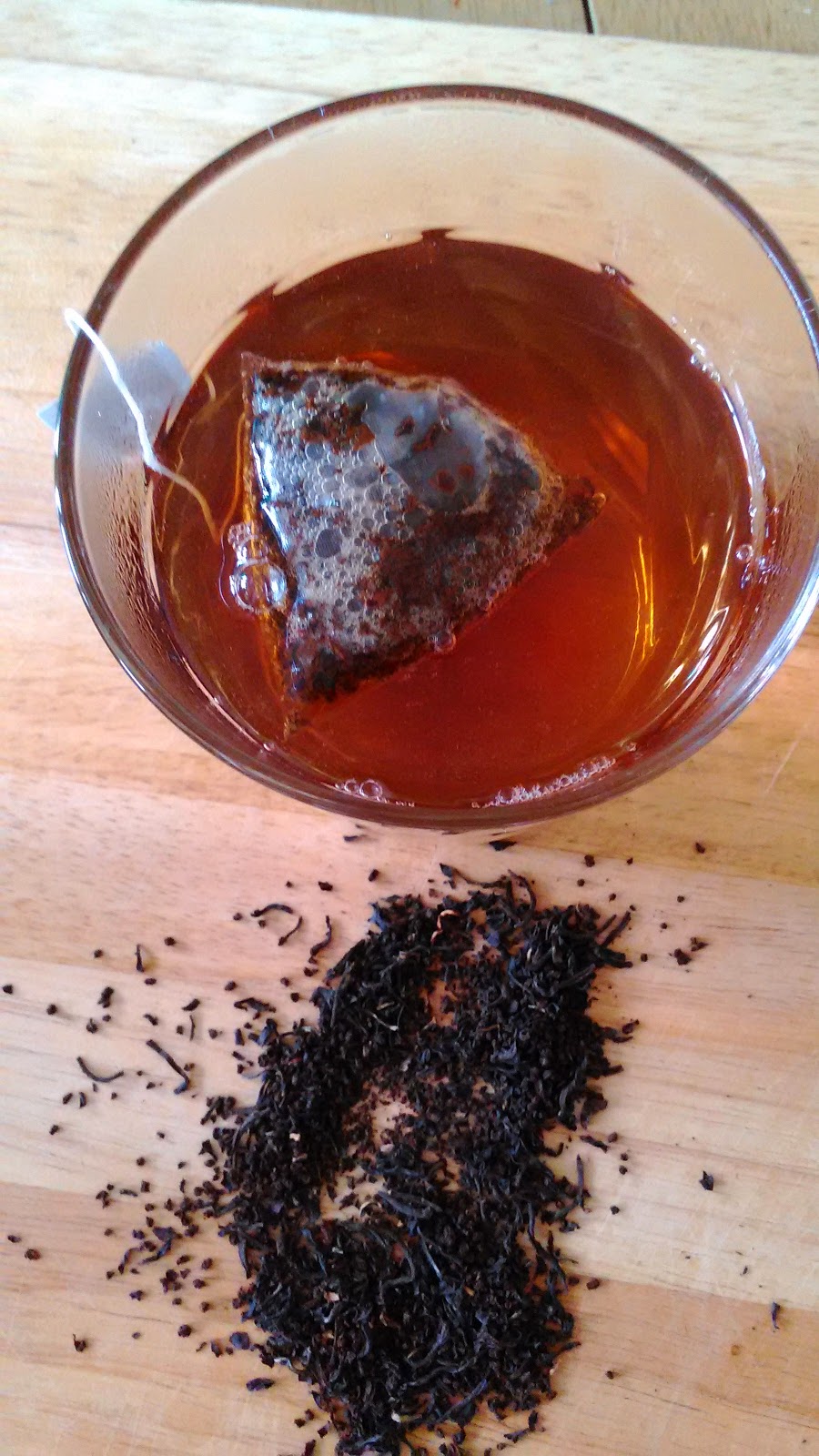 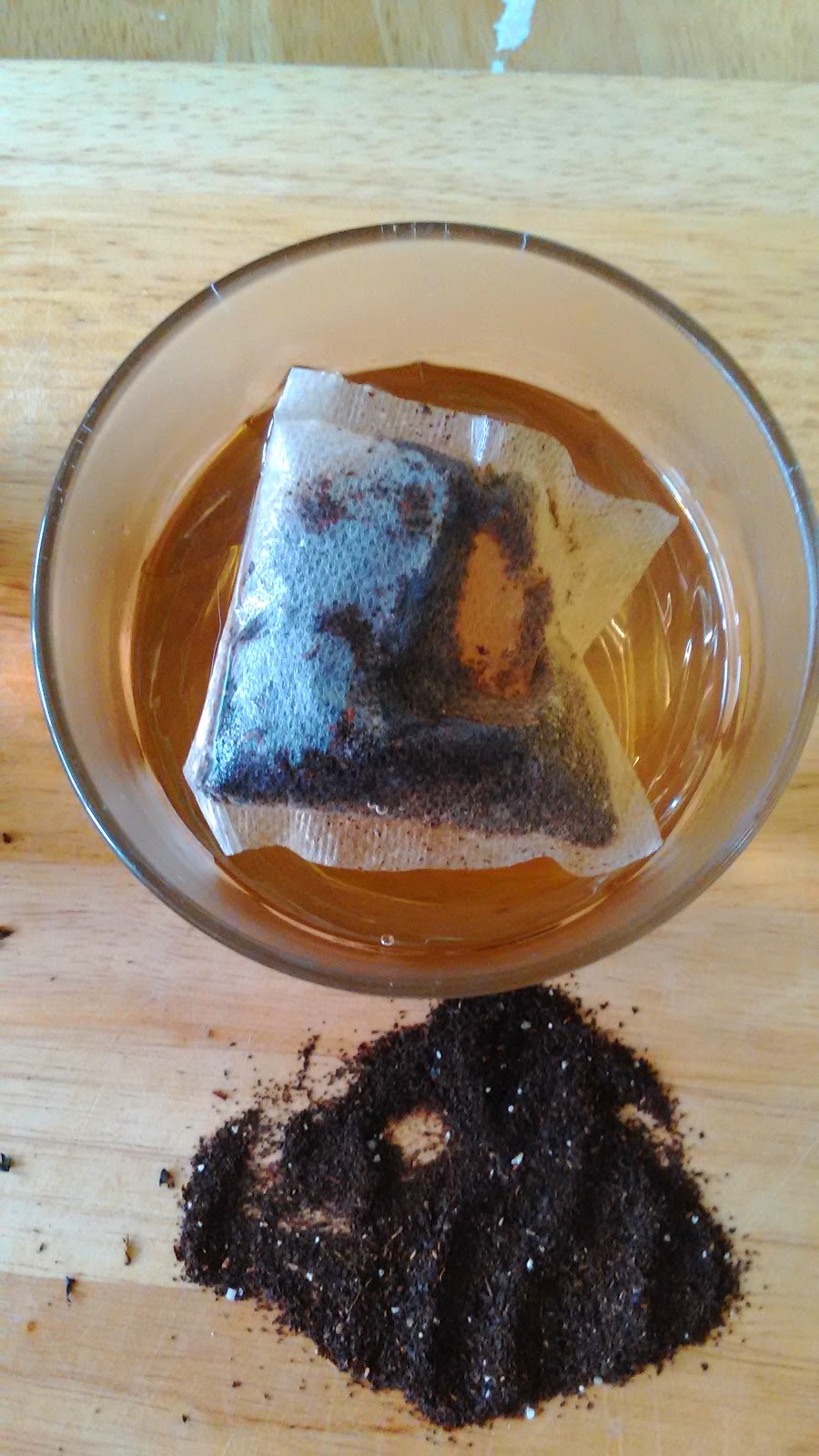 The picture above shows the tea after boiling water has been
poured over the bags. The teapigs Everyday Brew on the left is
more of a golden colour while the regular tea bag on the right
looks very pale. 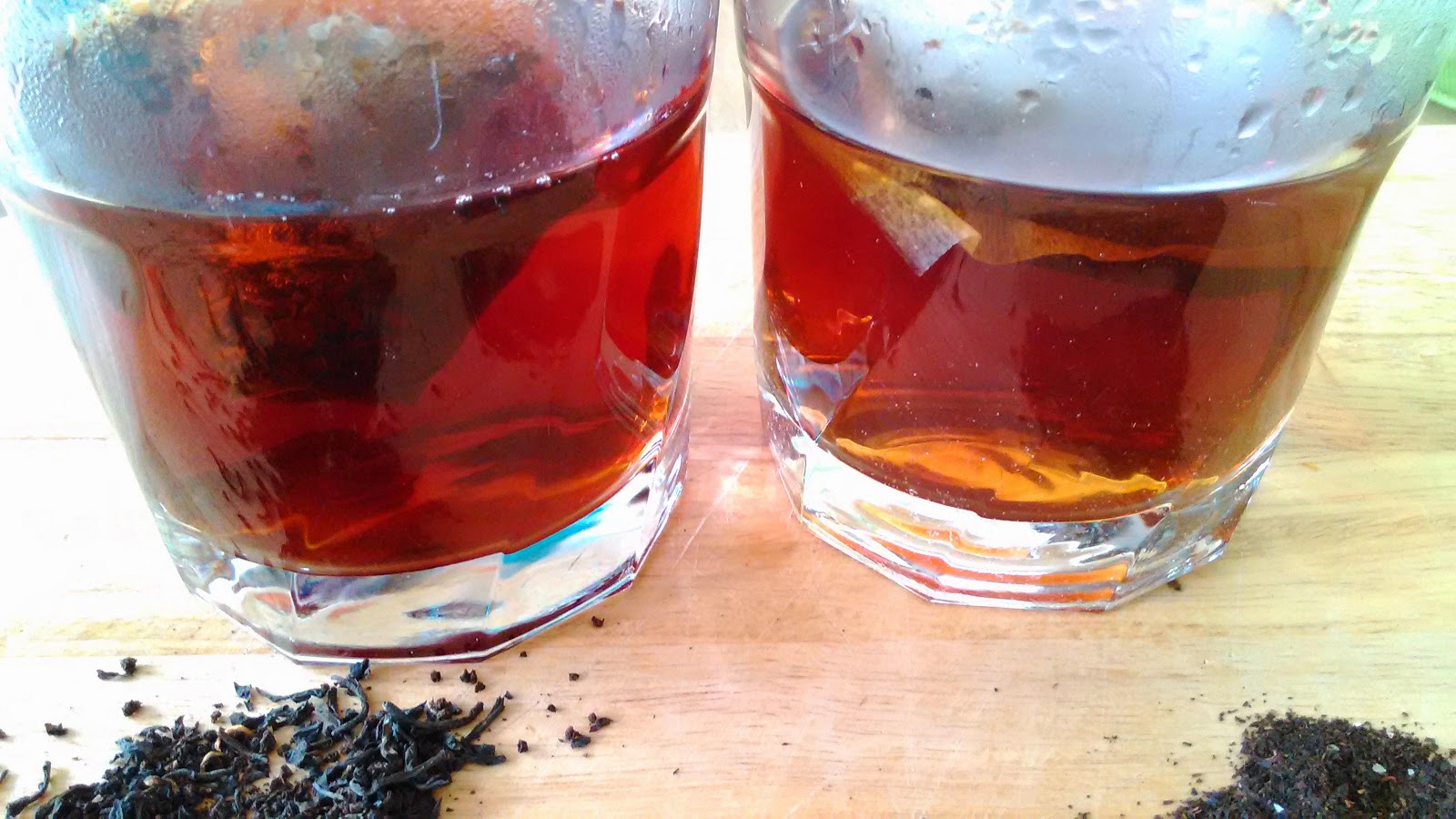 I left the tea bags to brew for 3 minutes. 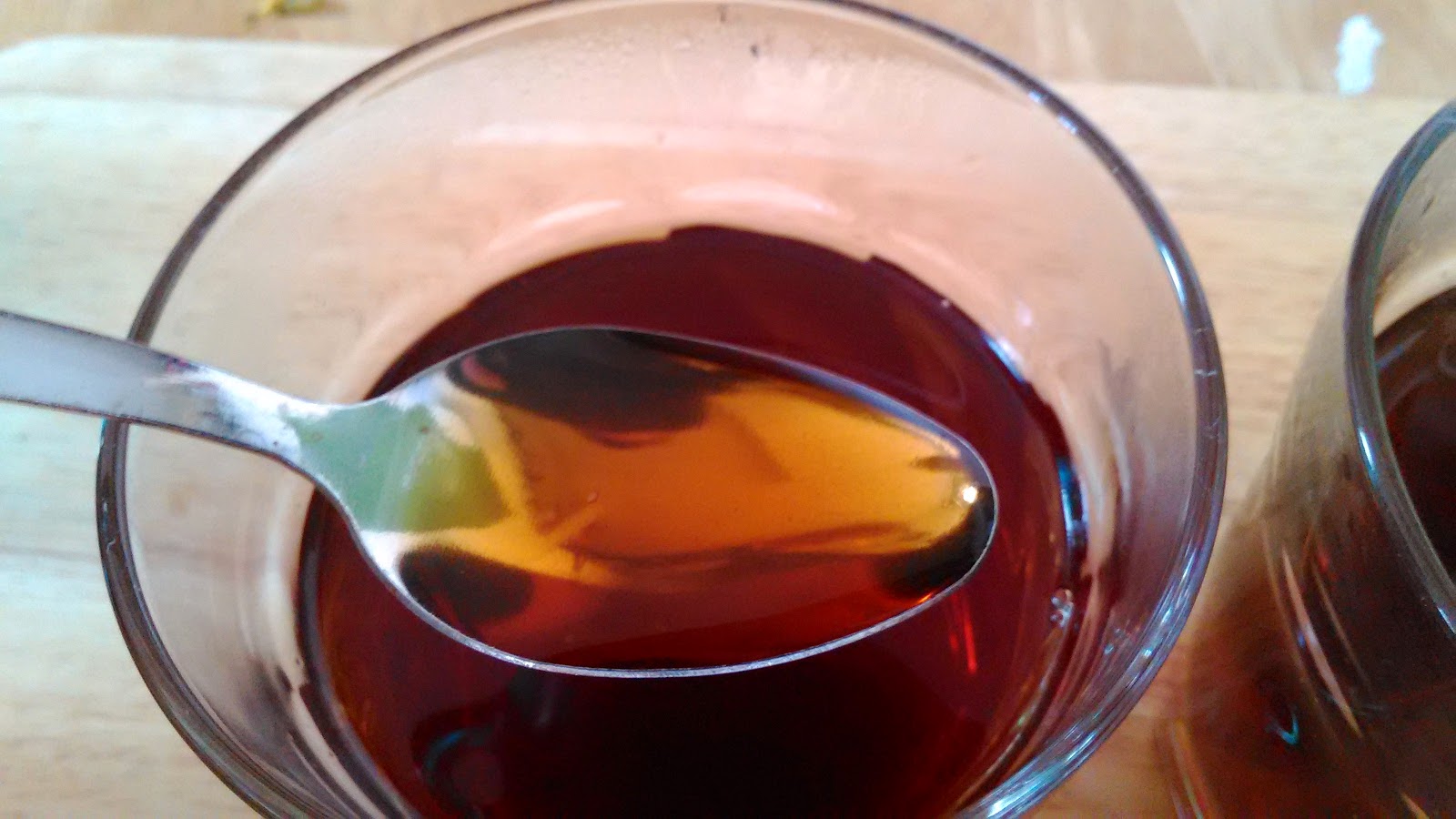 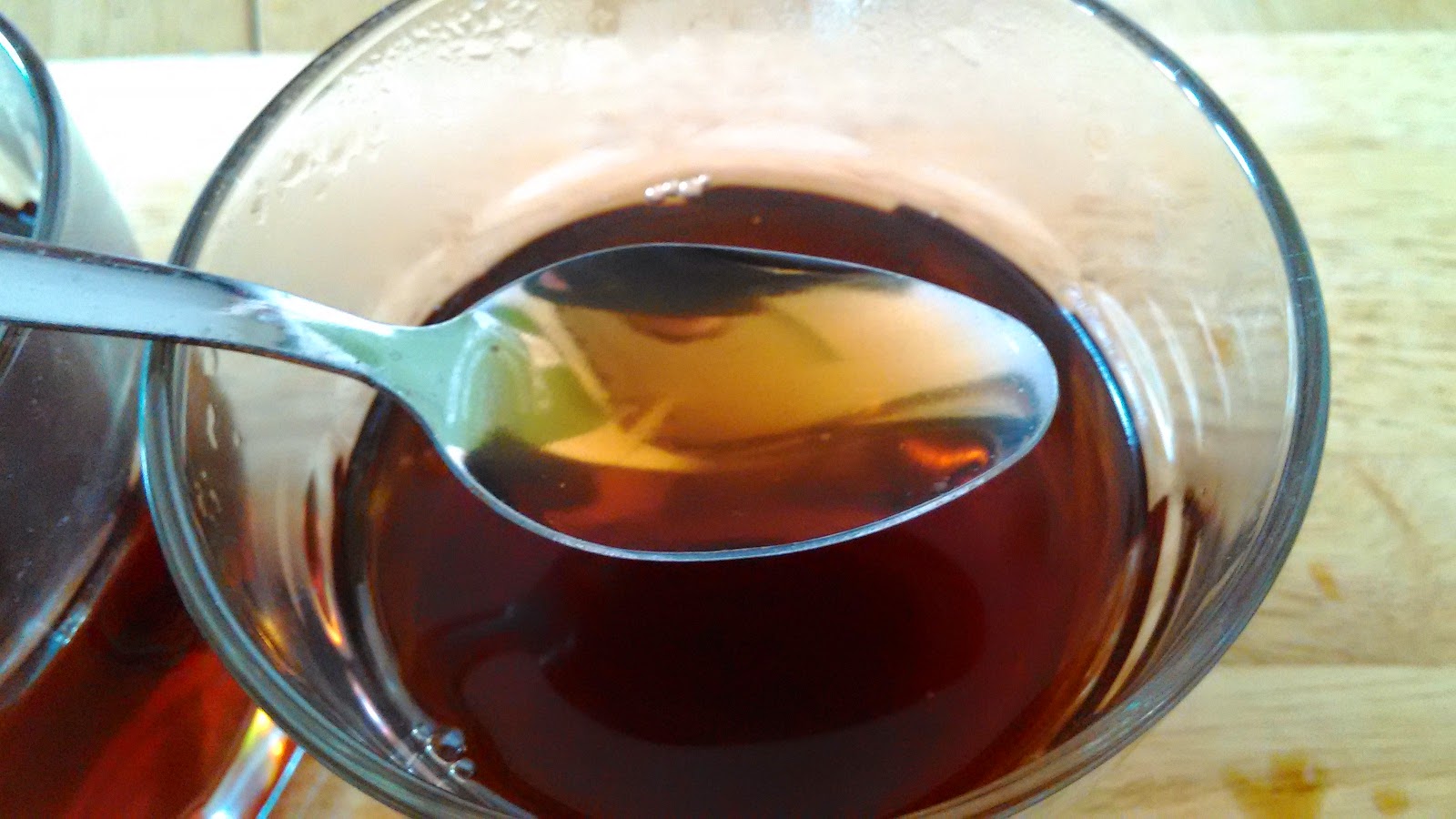 The Everyday Brew tea bag in the first picture has made a cleaner,
more golden tea. While the regular bag in the second picture made
a duller, cloudy tea. 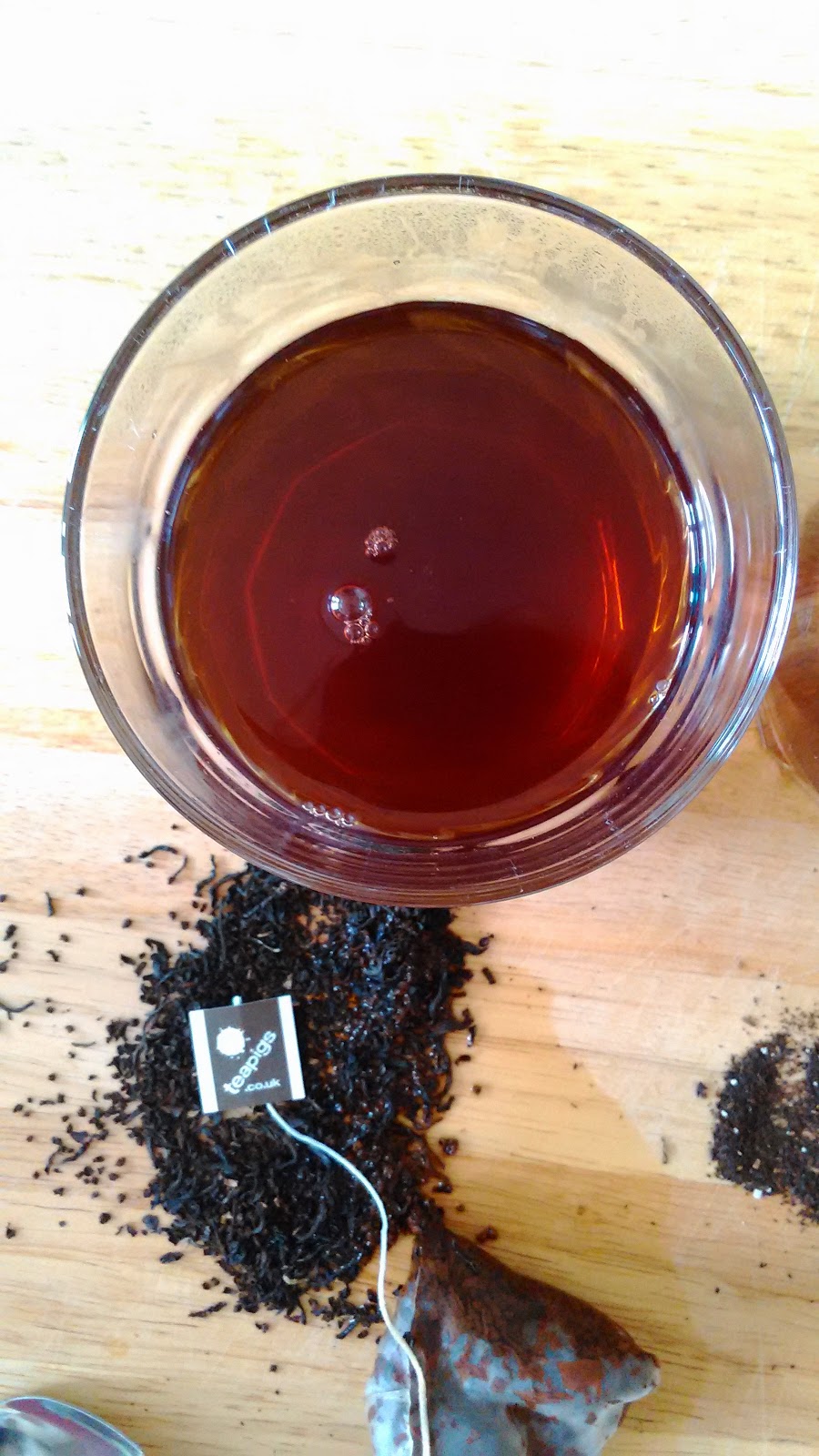 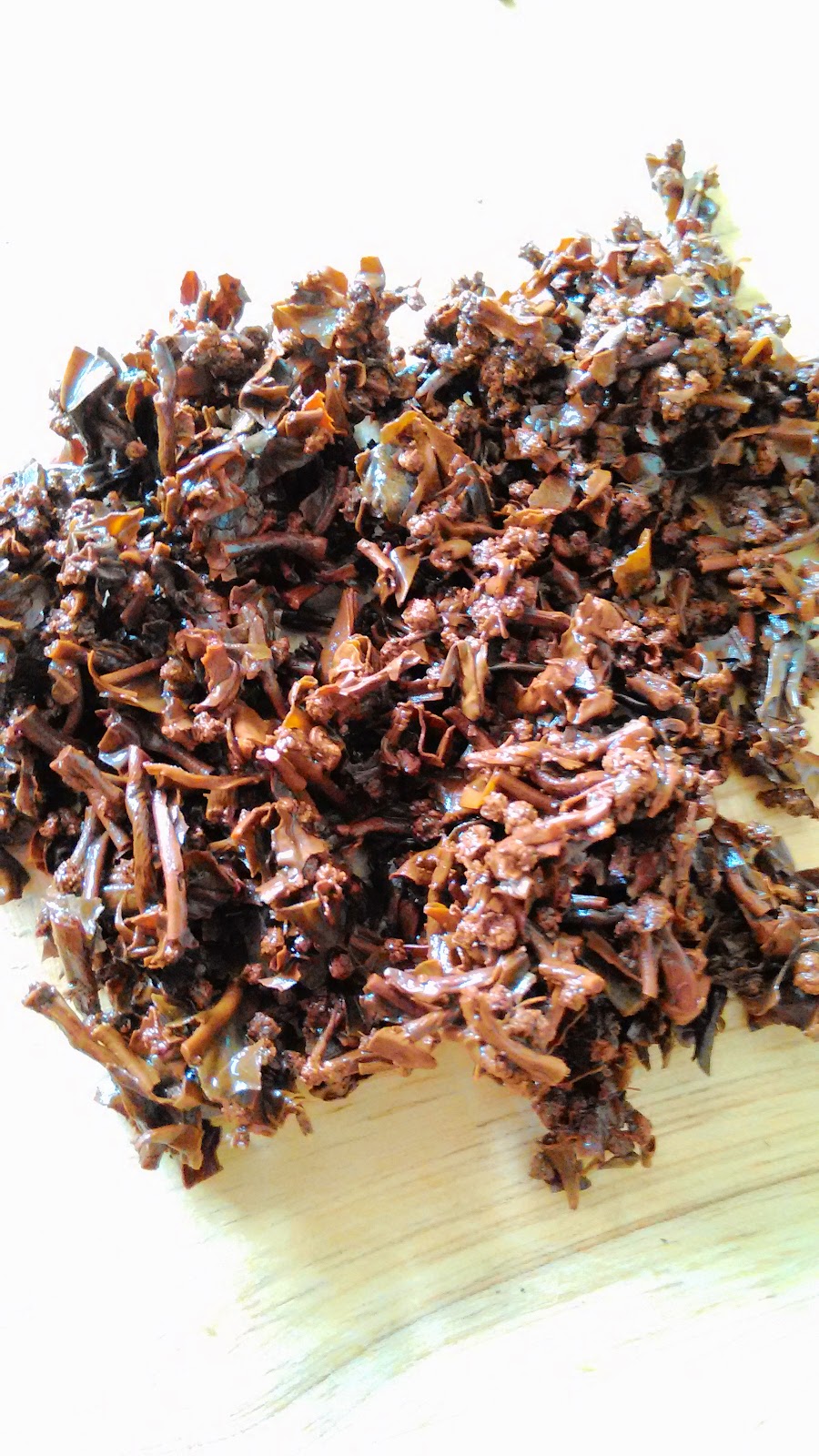 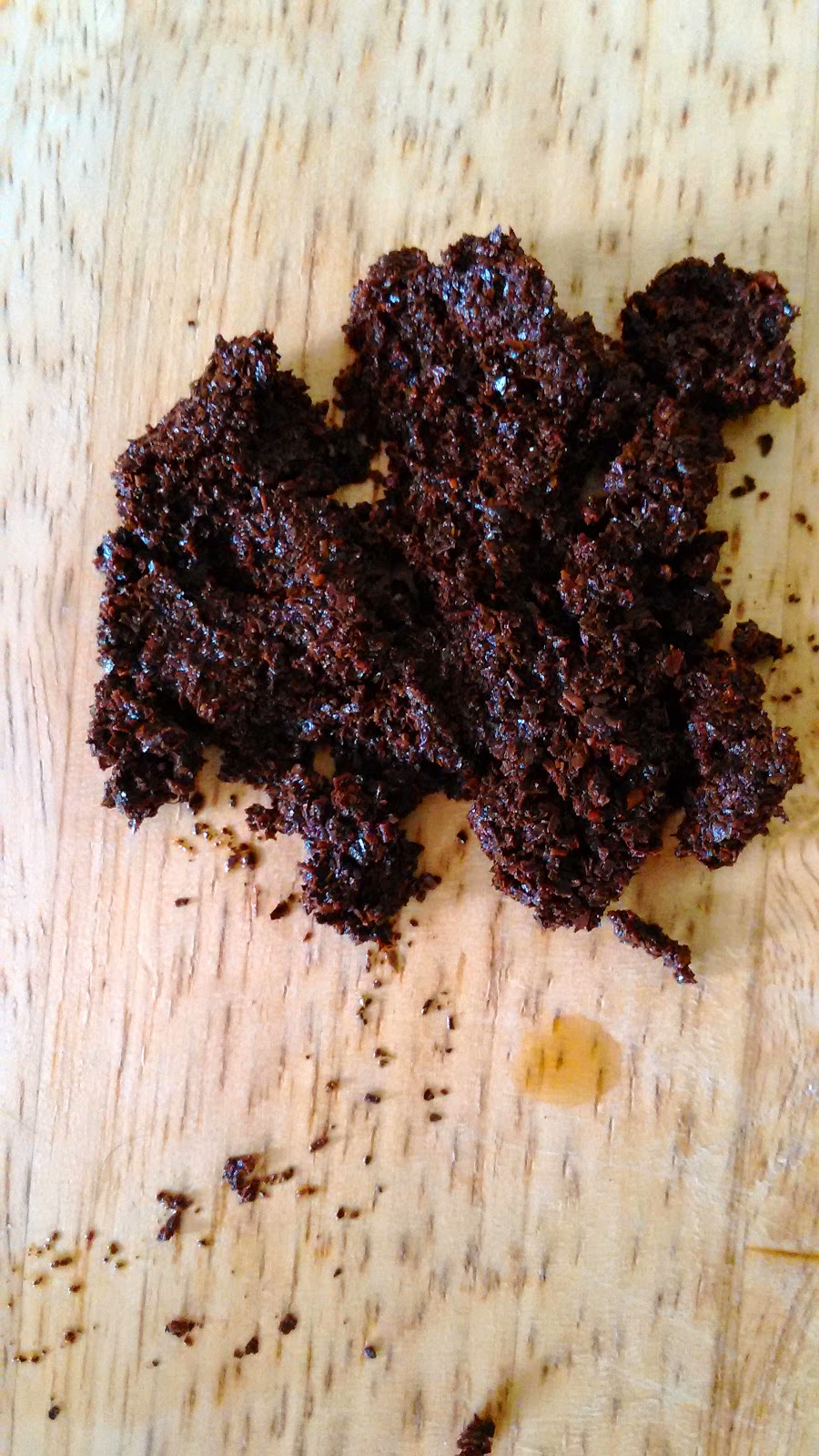 After the tea bags had cooled a little I opened them up to see what
had happened to the contents during brewing. As you can see the
teapigs Everyday Brew tea on the left has opened and expanded
to release the flavours. While the regular bag on the right has become
a mushy mess. 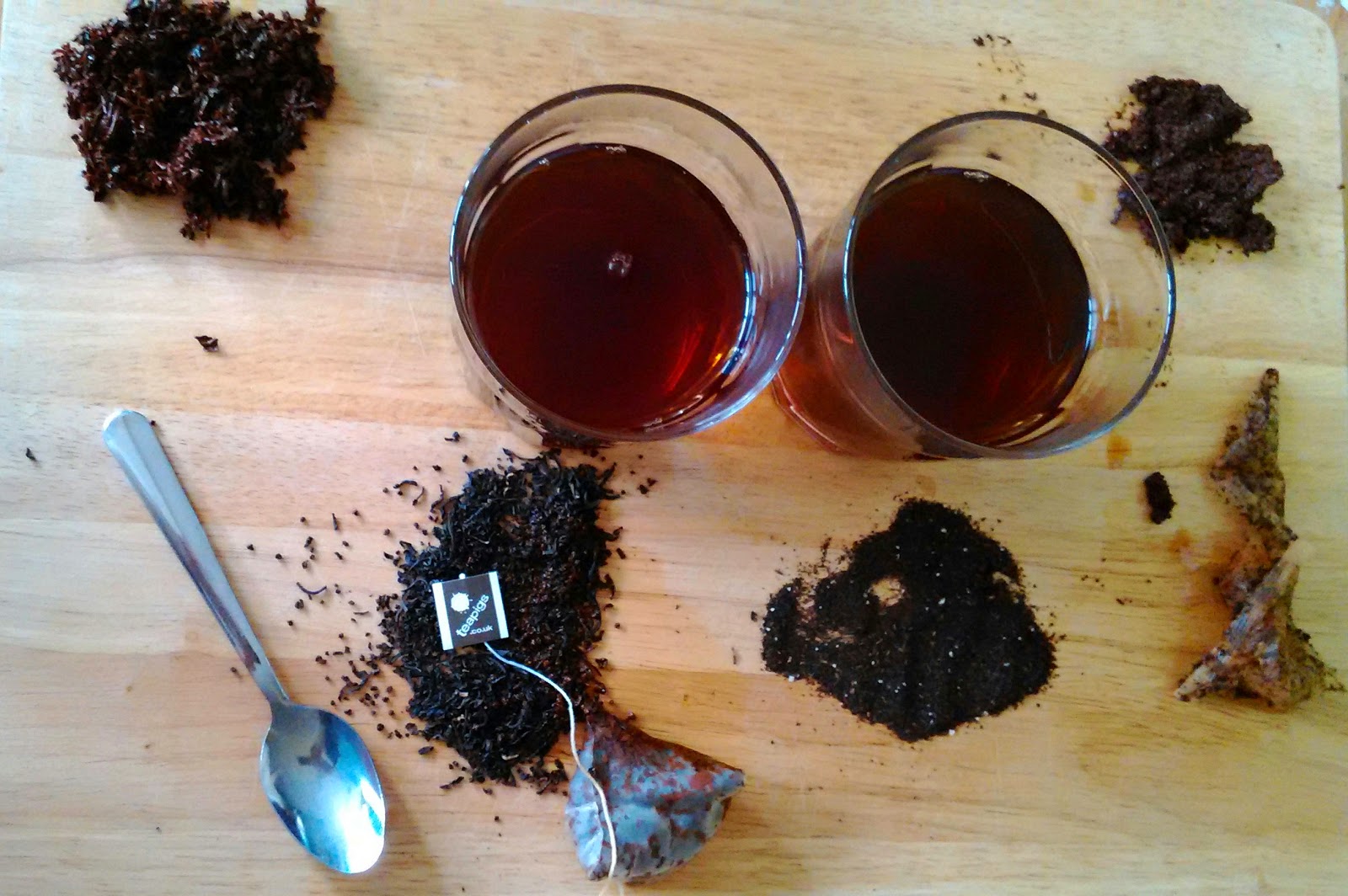 Doing this comparison between the two tea bags has made me see the true difference between the cheaper mass produced bags and the quality tea bags that teapigs produce. The evidence is clear to see in the pictures but you can also taste the difference. I drank the glass of Everyday Brew and simply put the other on down the sink!

Why don't you give them a go and see for yourselves!

Disclosure: I was sent some Everyday Brew and a lovely mug from teapigs for the purpose of this post. No payment was received. All views and opinions are my own and 100% honest.
Posted by Hijacked by Twins at 10:55