Another week and another month has gone! We have welcomed March with a lovely spring feeling week. It has been a welcomed sight to see the sun shining, the children playing in the garden and washing blowing on the line!

This week has been a busy one with lots of plans coming together. You can read more about our plans in my Word of the Week post. 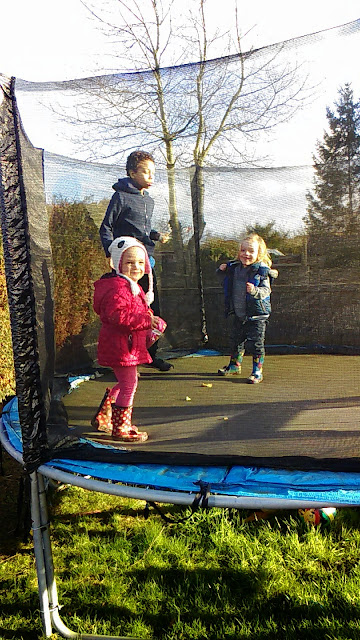 Monday was a glorious day for out door play. The twins thrive on being outside and love nothing more than getting their wellies and coats on and being in the garden. The three children had fun playing on the trampoline when Joseph got home from school. 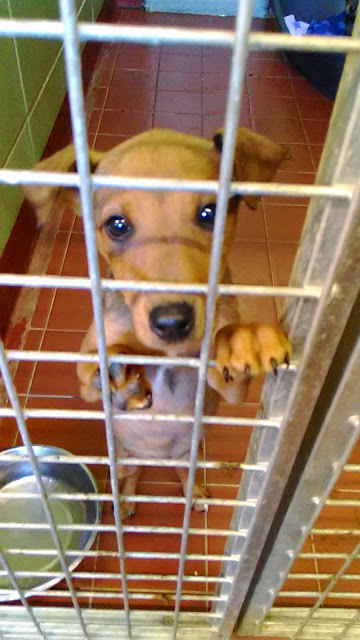 On Tuesday I took Opie back the the RSPCA centre where we got her from for her final vaccination. All of the staff were delighted to see how well she was. While I was there I asked about the other pups from her litter. I was told that all but three of them had been adopted. The hubby and I have been talking about getting a play mate for Opie. I said that I would only get another puppy from the same litter. So when they told me that they still had some I went to have a look and was greeted my this sad little face. Yes, you have guessed it, we are going to adopt this little lady! The pups are on antibiotics at the moment for a tummy bug so I couldn't introduce Opie yet. However, fingers crossed, on Tuesday they will get the all clear from the vet so we can arrange a time to take Opie over to meet her sister again. If all goes well on that visit we will be bringing her home. 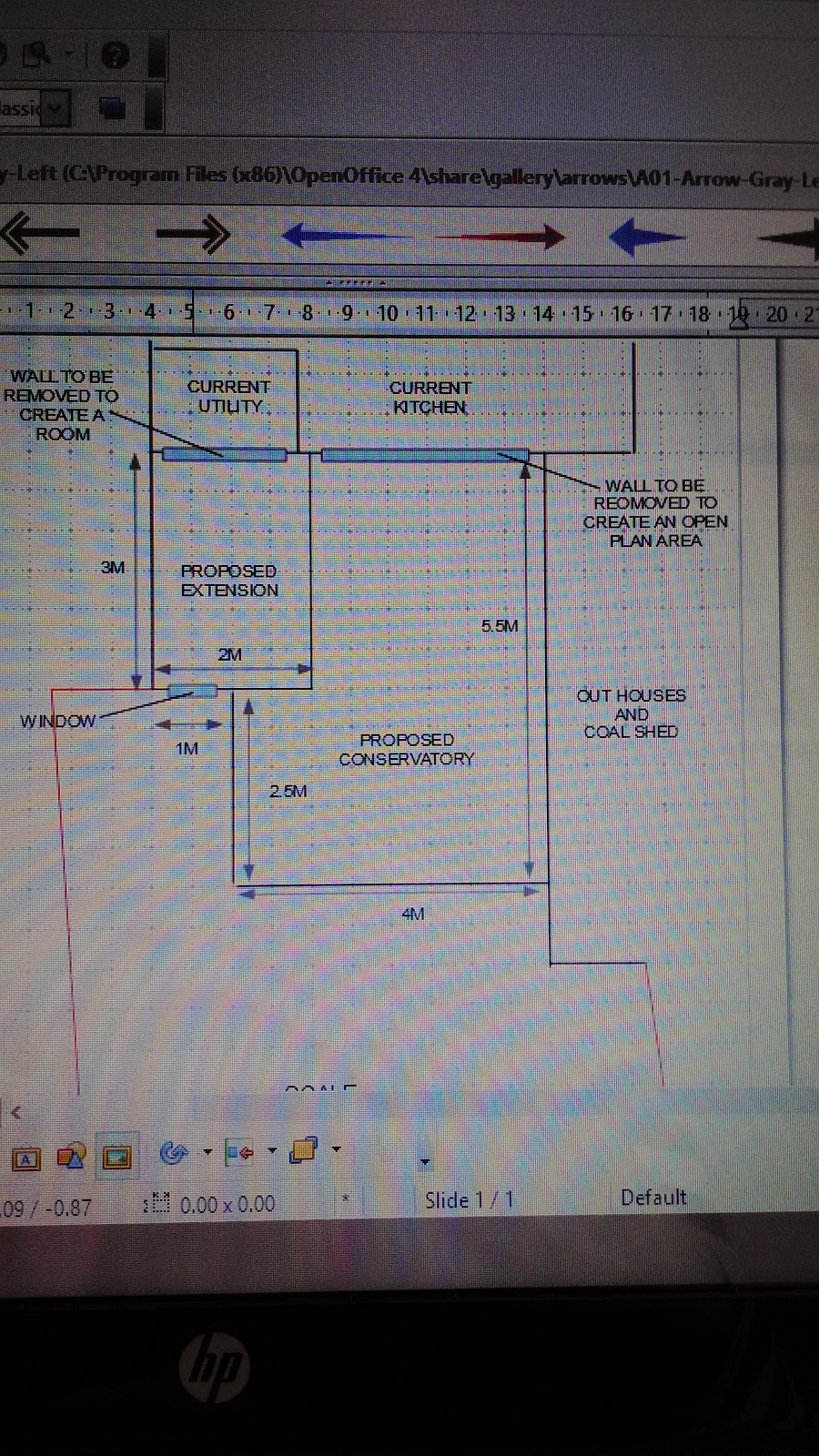 Wednesday was all about planning our extension. This is our project of the year and hope to finish the year with an extra bedroom and a lovely, large open plan kitchen and living area. 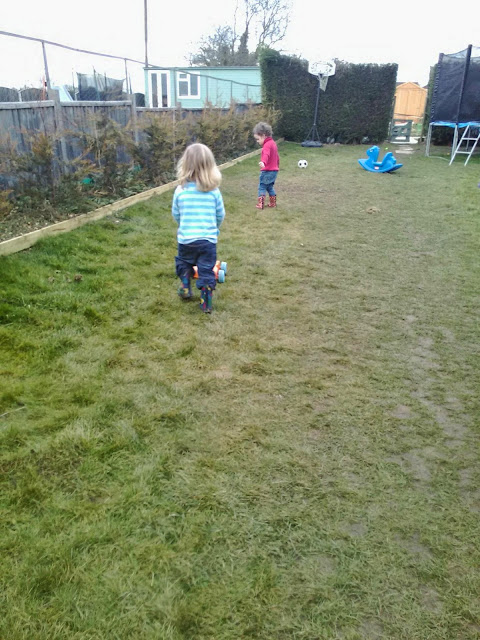 Another garden day. This picture was taken as I was trying to round the twins up to come inside for their tea. Believe me, getting them in is a battle! 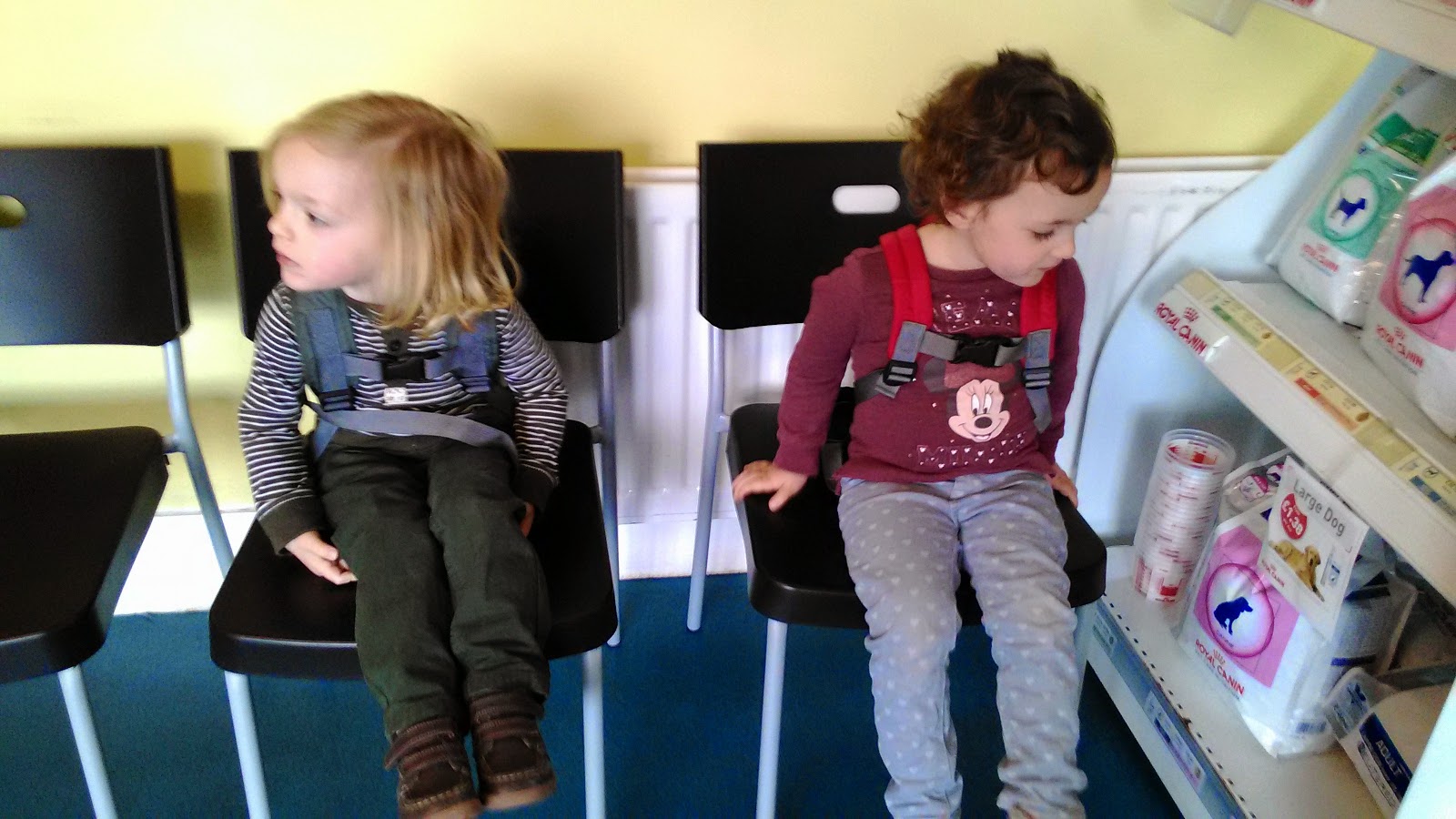 On Friday we took an unexpected visit to the vets with Opie. I noticed that she started limping on Thursday after playing outside. On Friday it seemed worse and she was yelping when her paw was touched. As it was a last minute appointment the twins came along too. They were so good! I was amazed by how big and grown up they looked as they sat on the chairs in the waiting room. Thankfully Opie is ok, she has just pulled a ligament from pulling her claw. 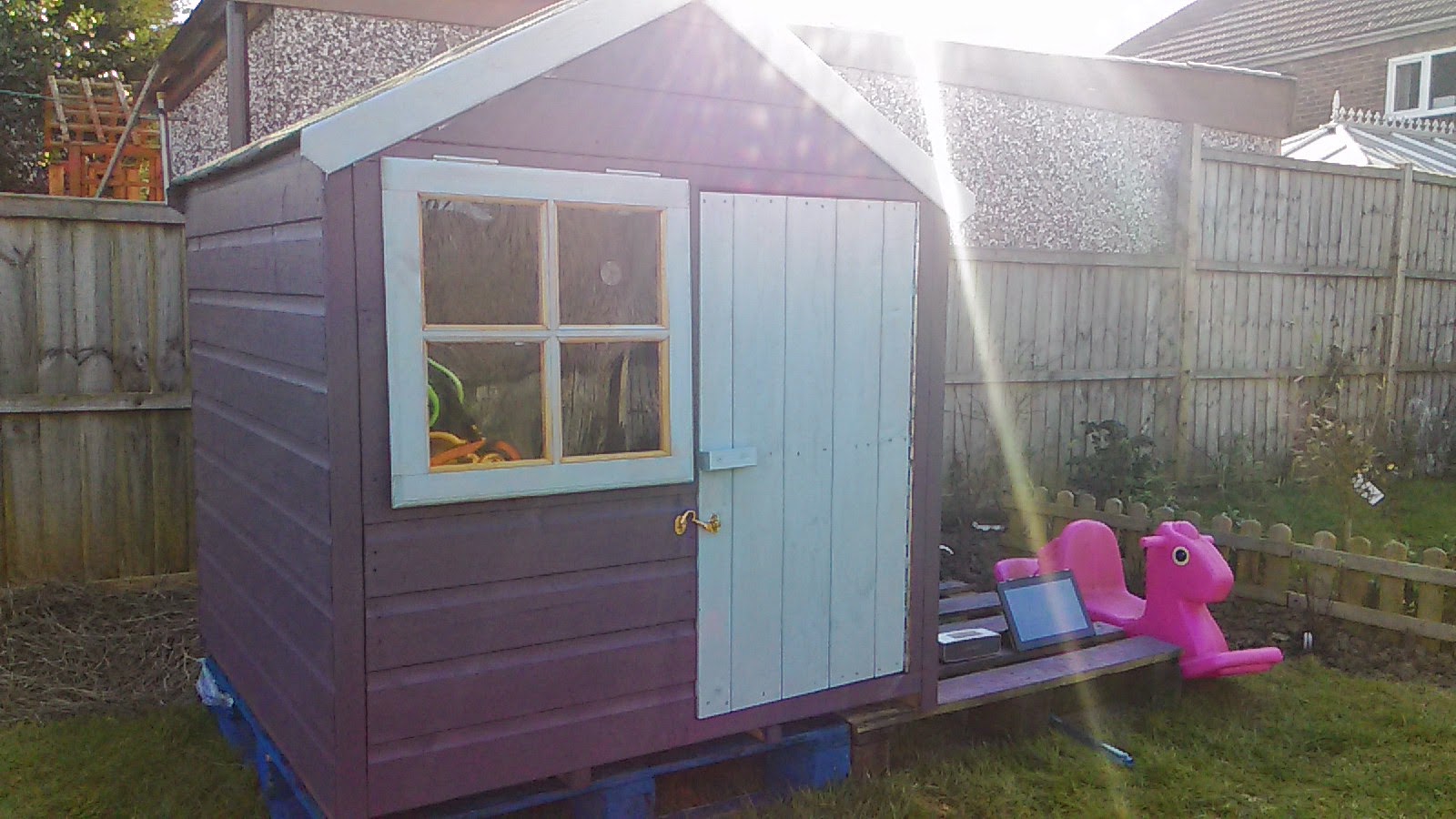 Saturday was a down day for me. Since Friday I have been getting shivery and felt generally down. There is nothing to pin point but I just feel like my body is fighting something off! So Saturday was a relaxing day. The hubby painted the twins play house and started work on the new path up the garden, while I was staining wood in the sunshine. 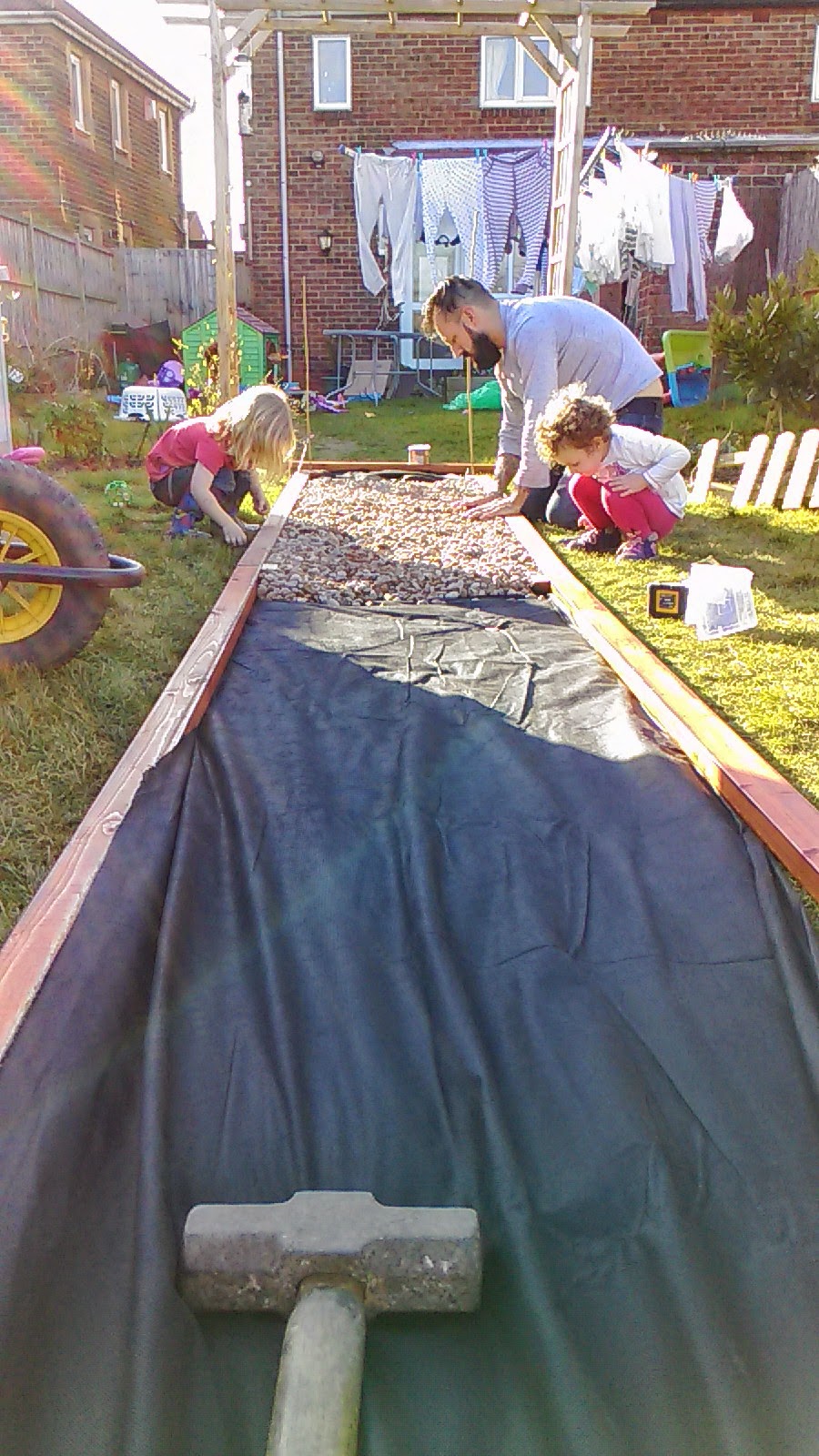 I am sharing our week in pictures with...