I cannot believe that another month has gone by so quickly!

This week, for a couple of days, we saw that spring is just around the corner. This gave us hope for new weather which was cruelly snatched away to be replaced by cold, wind and rain again. However we did make the most of a couple of beautiful spring days. 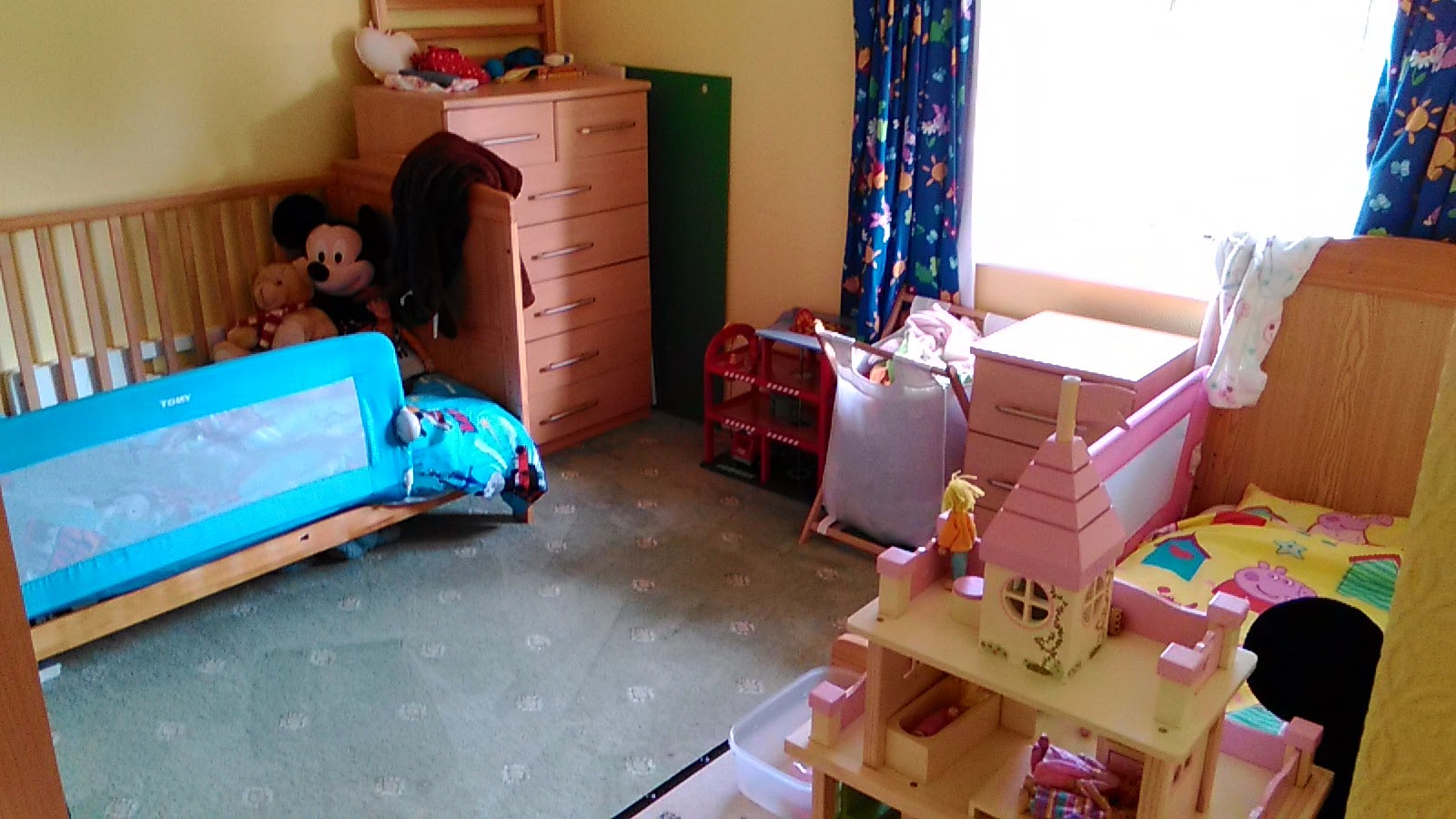 The twins both got some lovely toys for their third birthday which has meant I have had to make more room for the new toys. On Monday my project was to transform their bedroom into more than a place to just sleep. I turned Taylor's bed around so that it was not jutting out into the room. Placing it against the far end wall has created a lovely space in the middle for the to play in. This week I have found that are wanting to play in there more than ever. 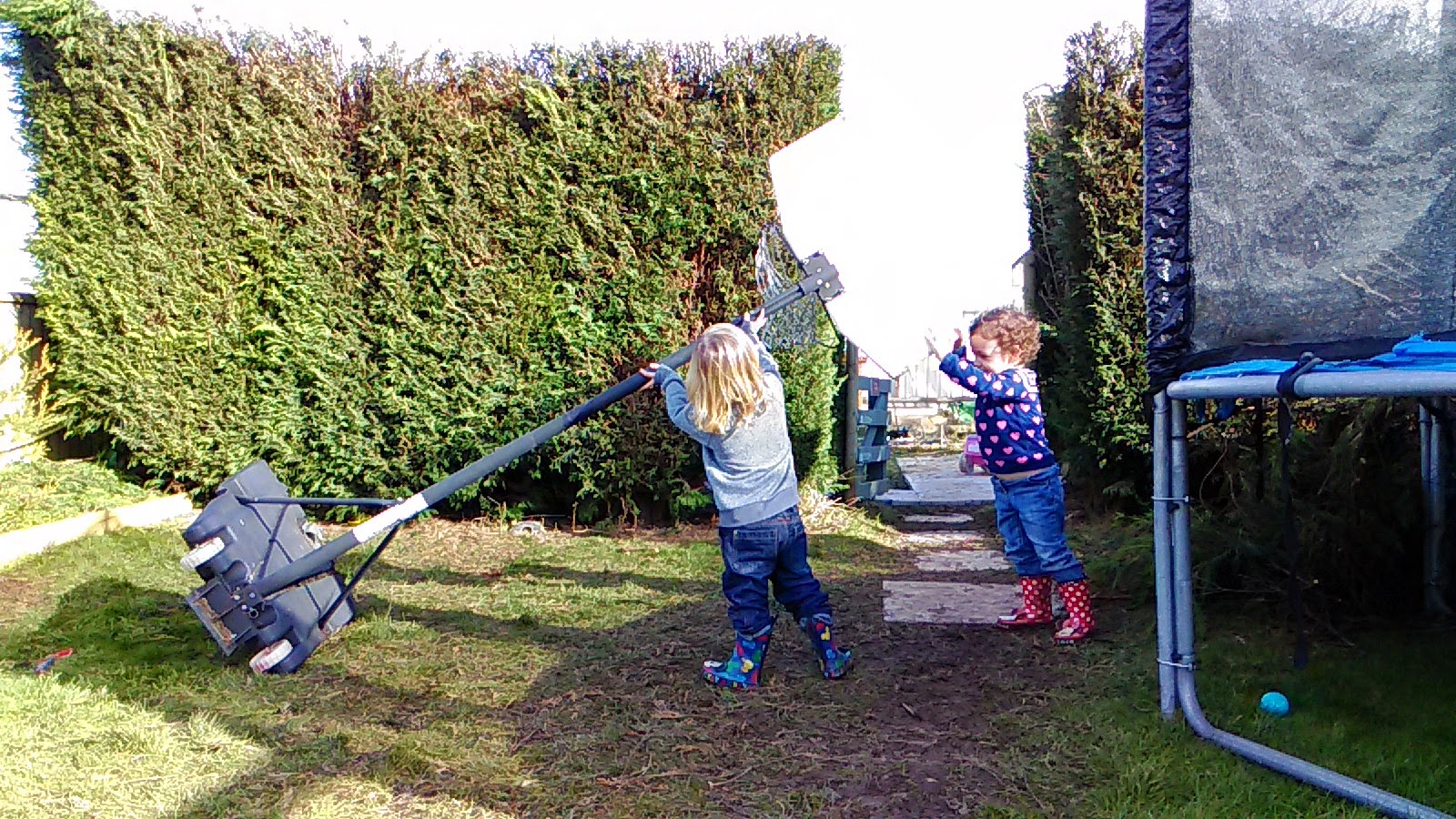 Tuesday was a beautiful spring day albeit very windy. The twins enjoyed a lot of outdoor play which was lovely. Here they are pushing Joseph's basketball net back up after the wind had blown it over. 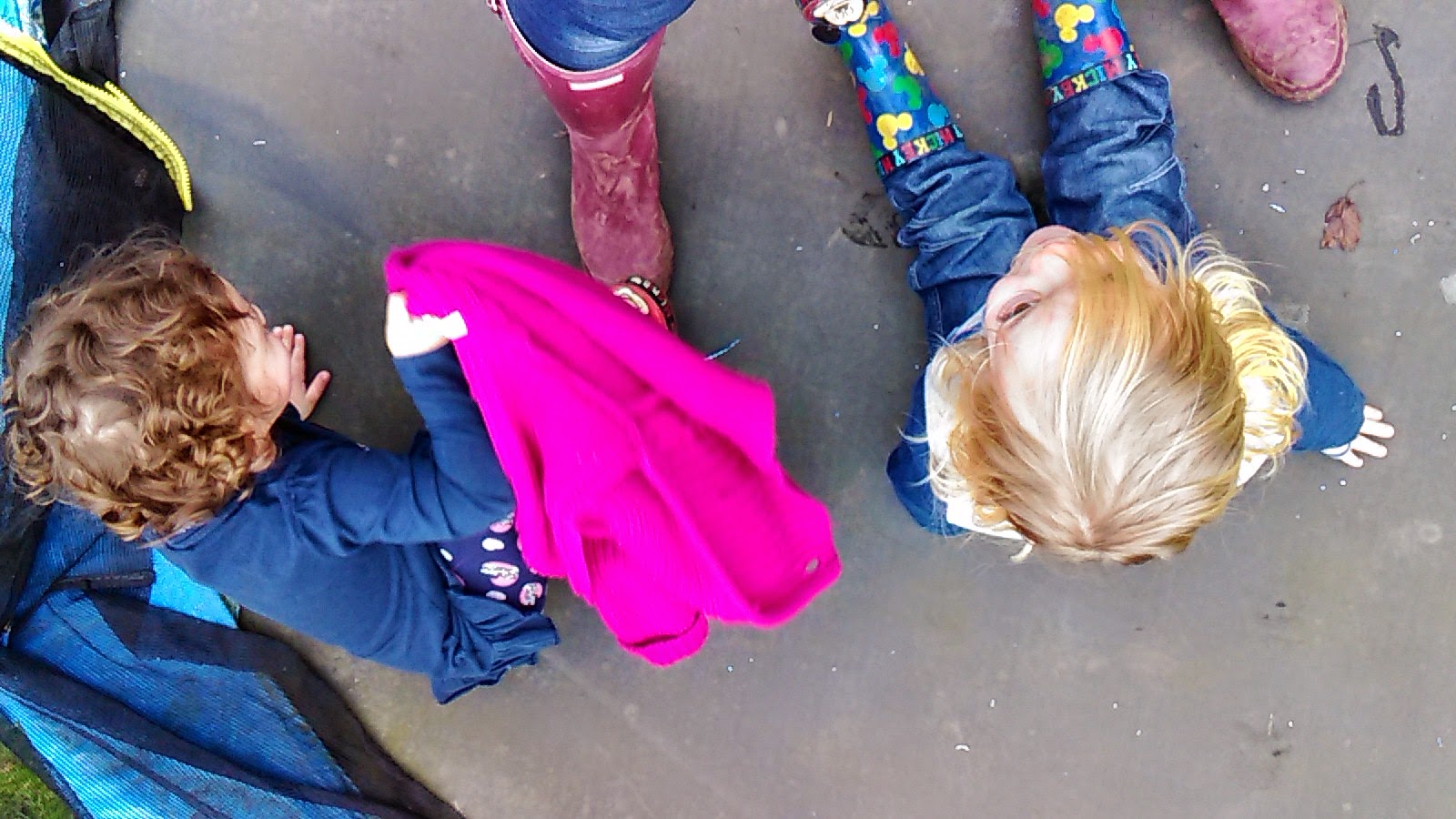 On Wednesday I made the huge mistake of letting the twins play in the garden before we went out. It took me half an hour to round the pair of them up and into the car! I even had to get on the trampoline to get them. I will admit to this resulting in the three of us bouncing and giggling! 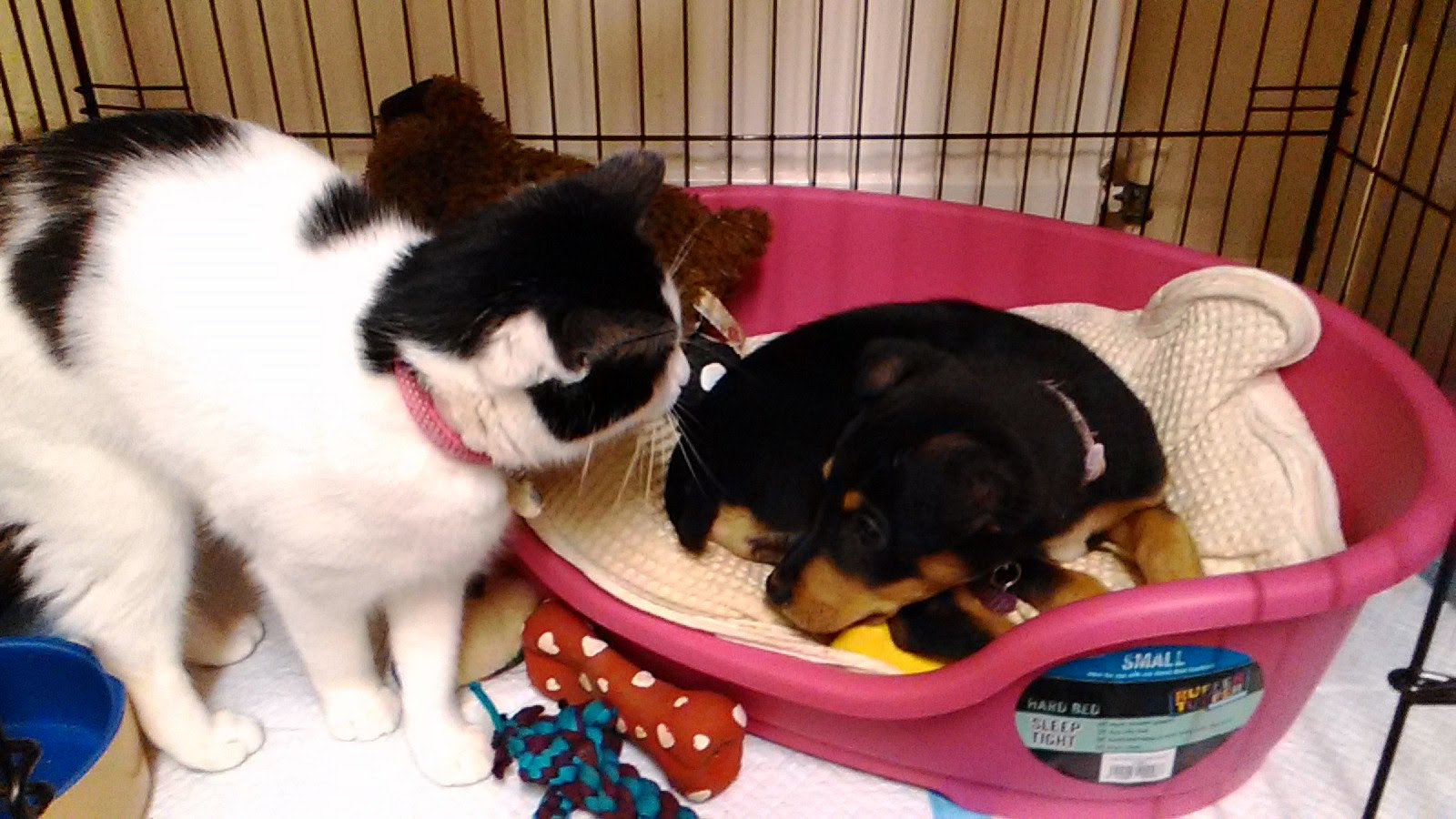 I am pleased to see that Opie and Dotty are becoming friends. They do play together a lot and it can get rough but they are as bad as each other. It is like separating the twins at time! I often find Dotty in Opie's crate with her. 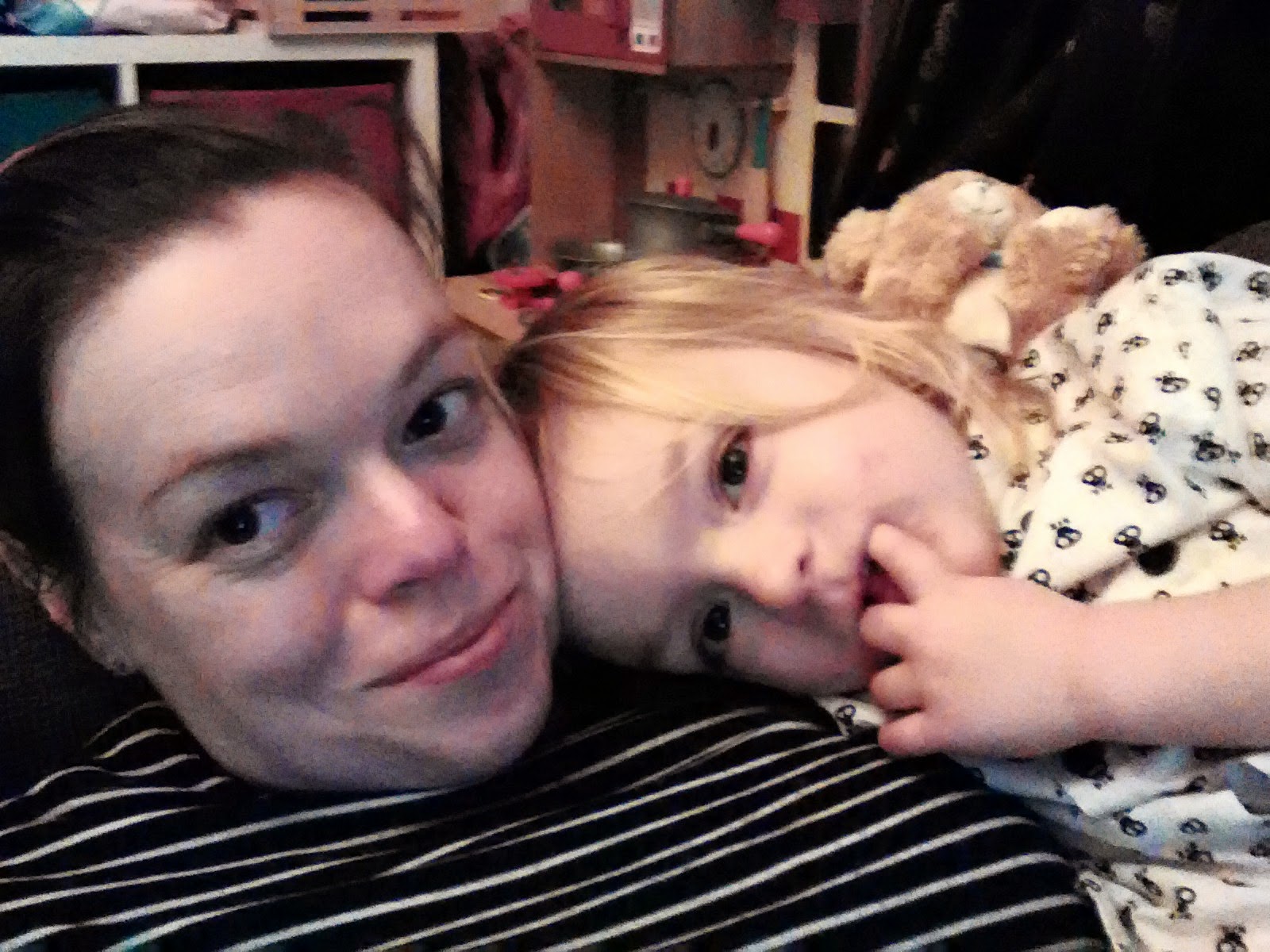 Friday was just one of those days where everything got done later than planned and before you know it the day has gone. After dinner Taylor made me giggle, he said to me "Mummy, you lie down and relax!" which I had to do! As soon as I had laid down he was laid on top of me having a cuddle. 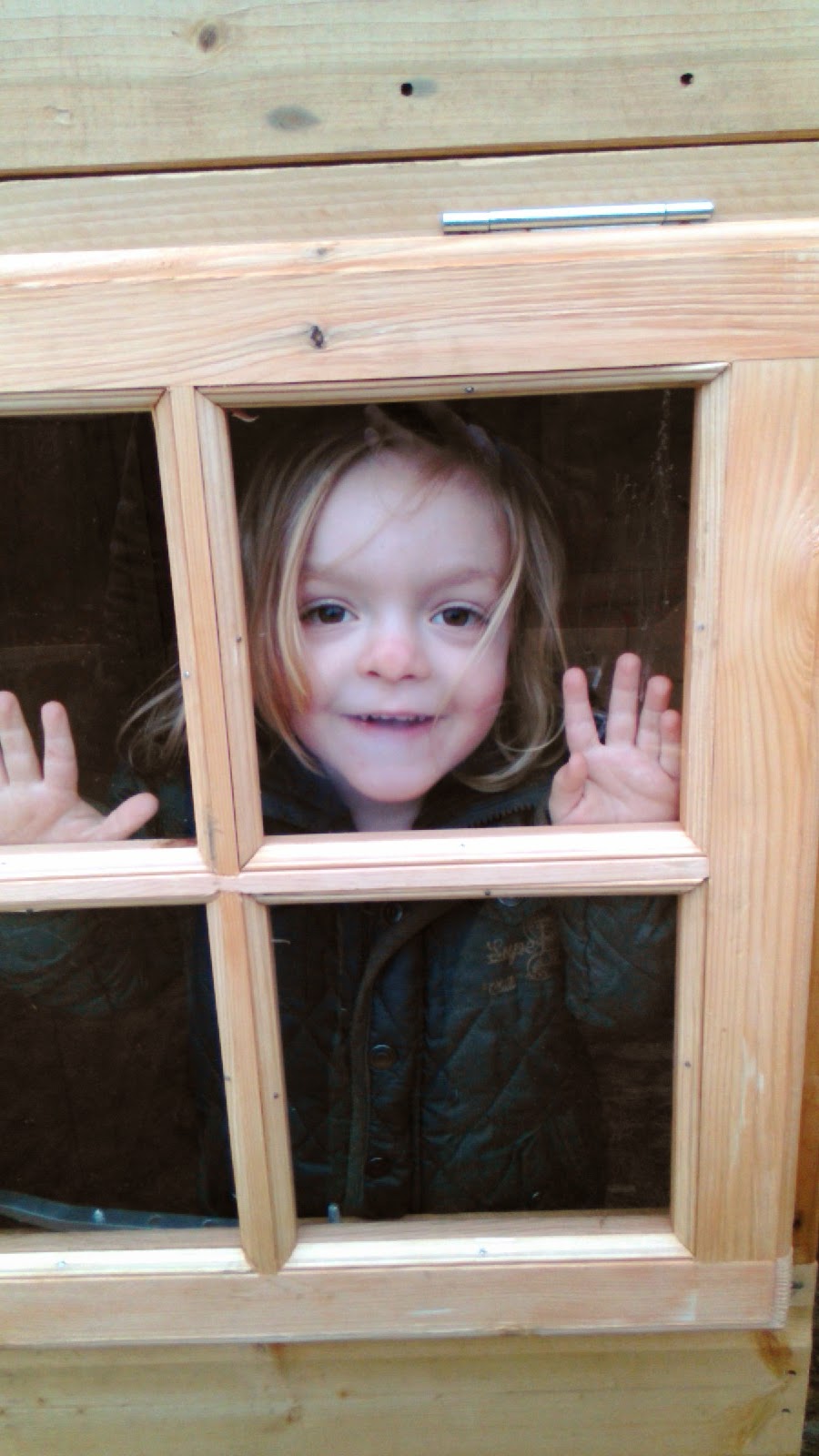 On Saturday the hubby got the twins new playhouse up. As you can imagine they are over the moon with it! 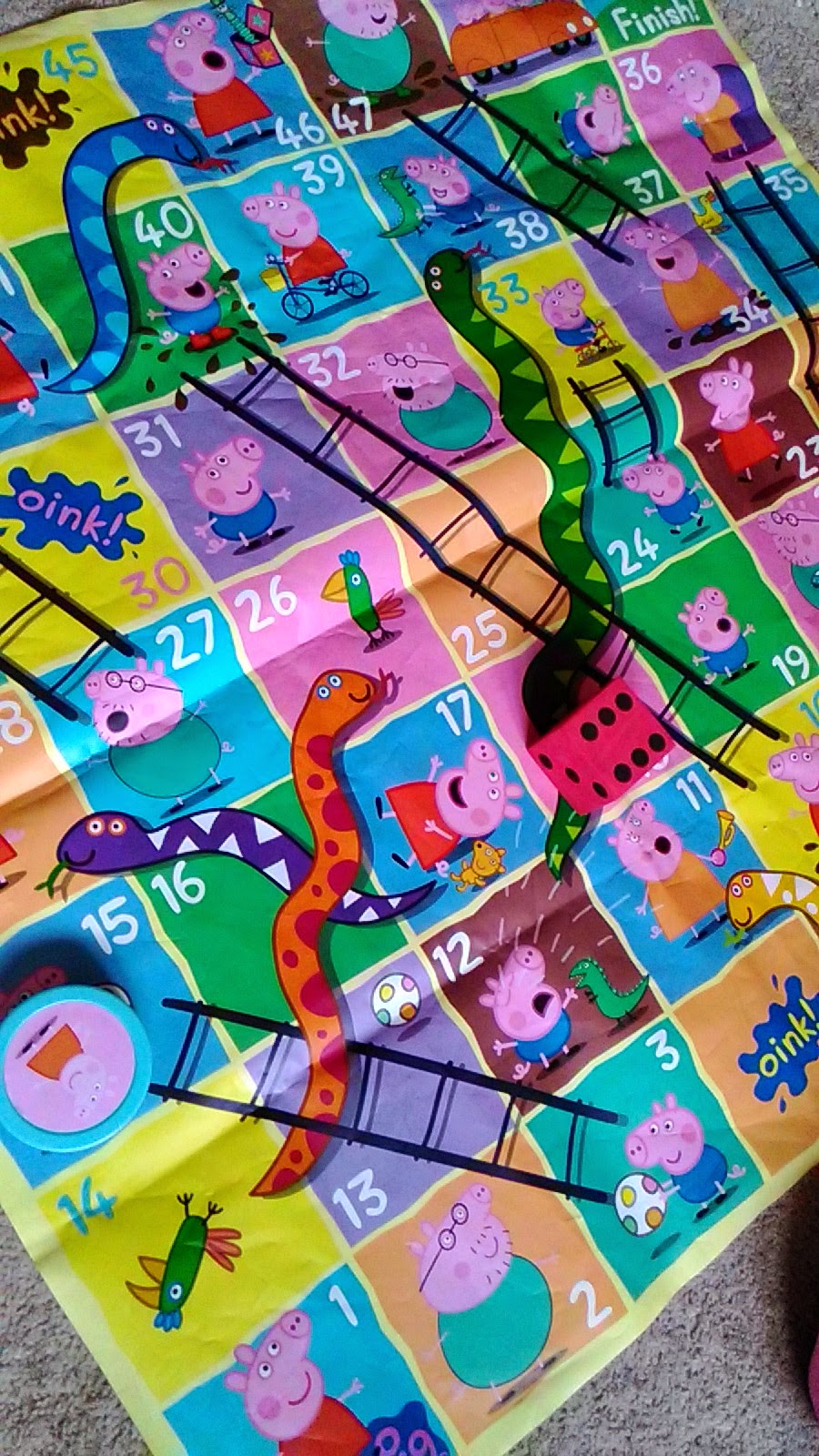 This morning has started with Peppa Pig Snakes and Ladders. A great way to start a Sunday!

As always I am sharing with: