Where has the week gone? The time is simply flying by at an incredible rate. I just hope the Christmas holiday does not go by as quick.

This week we have been busy preparing for next week. We have wrapped presents, received our Christmas shopping delivery, watched Christmas movies, watched Joseph's school Christmas service and Joseph has broken up from school. 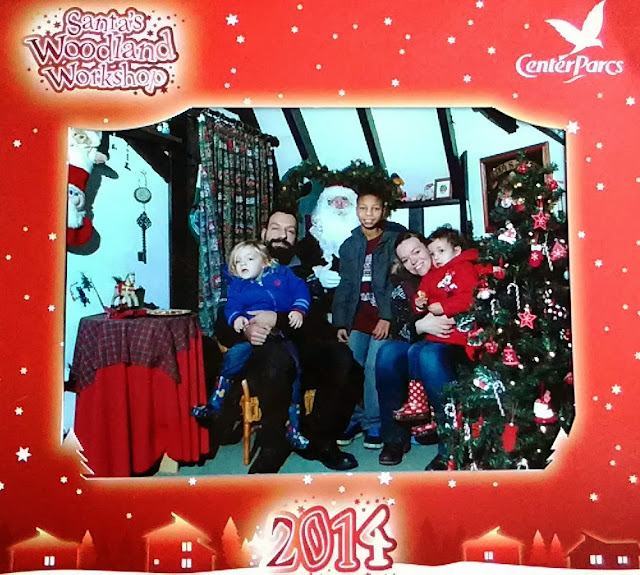 This ended up being the only picture that I took on Monday. It was taken during our weekend at Center Parcs but I have been waiting until my Center Parcs Winter Wonderland post was live before sharing it. This is a rare picture of all 5 of us together in a picture and it will be a memory that we will treasure. 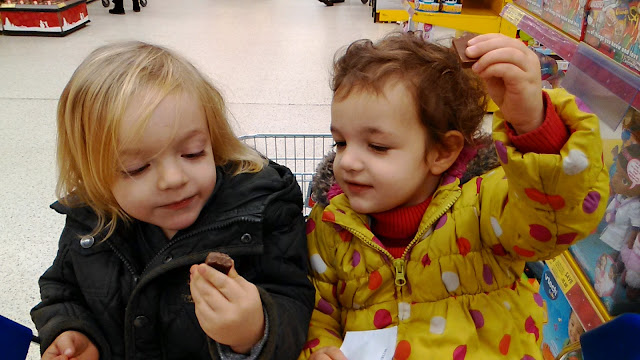 On Tuesday we popped to Tesco and the twins were delighted to be greeted by a lady giving our chocolates for Christmas. 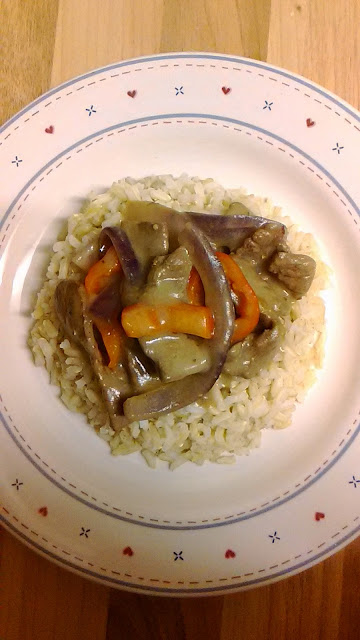 I was recently sent a voucher to review Myprotein's fresh meat range and on Wednesday I made a delicious minute steak in a pepper sauce. I will be posting my recipe next week. 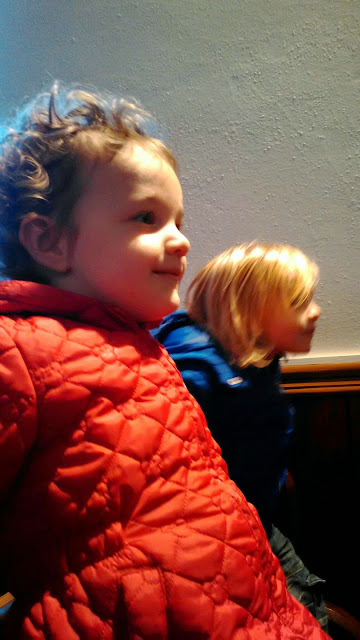 On Thursday the twins and I went to watch Joseph's school Christmas service at the village church. Normally when we go to church my mum comes along to help with the twins but to also watch Joseph. This week she wasn't able to so it was just the twins and I. Before we went in I told them to be super good and they really were! We did have to make a quick dash to use the toilet at school for Taylor but they enjoyed listening to the music and were pleased to see their big brother. 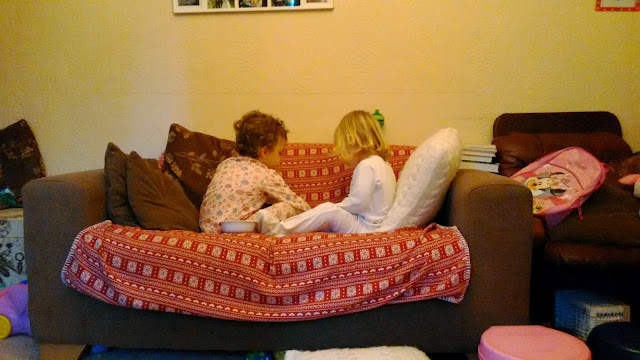 Friday was a stay at home day. I busied about doing housework in the morning while the  twins played together. This picture was taken in the morning while the twins were sat together talking and playing together. Moments like this fill my heart with pride but also makes me realise that they really are growing too quickly. Joseph broke up from school on Friday for the Christmas holidays. 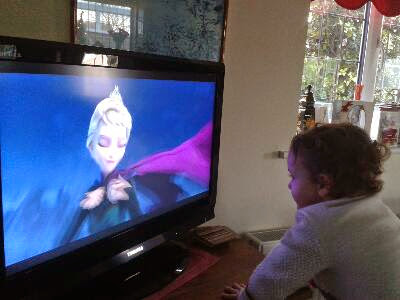 On Saturday we had a poorly Joseph. But we did still manage to go out for a bit and visited my hubby's mum for lunch. My mother in law has invested in Frozen for the children which, as you can see, kept Isabella busy. We had the evening with my parents and I cooked a meal. We also watched Mandela The Long Walk To Freedom which was a fantastic film about an awe inspiring man. 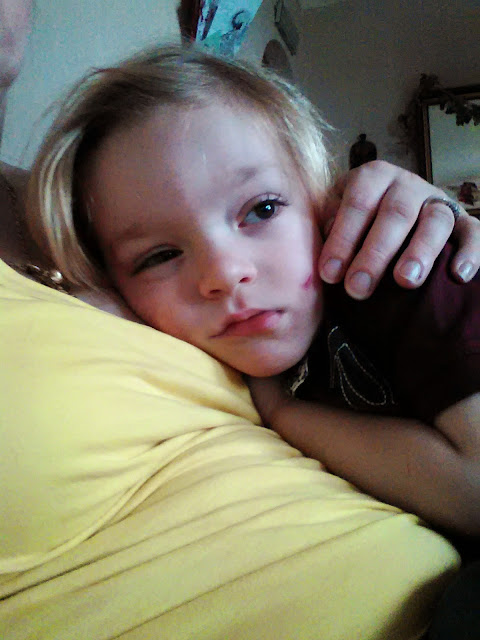 Today we have woken up to a fit and healthy Joseph but Taylor has been struck down now. It seems to be a 24 hour bug. We just hope that everyone is better before Christmas day! Today has been mainly filled with cuddles.