This week has really been quite uneventful as we have spent the majority of the week in waiting for various deliveries. However, having a lot of time in has meant that I have caught up on house jobs, which is boring but essential. 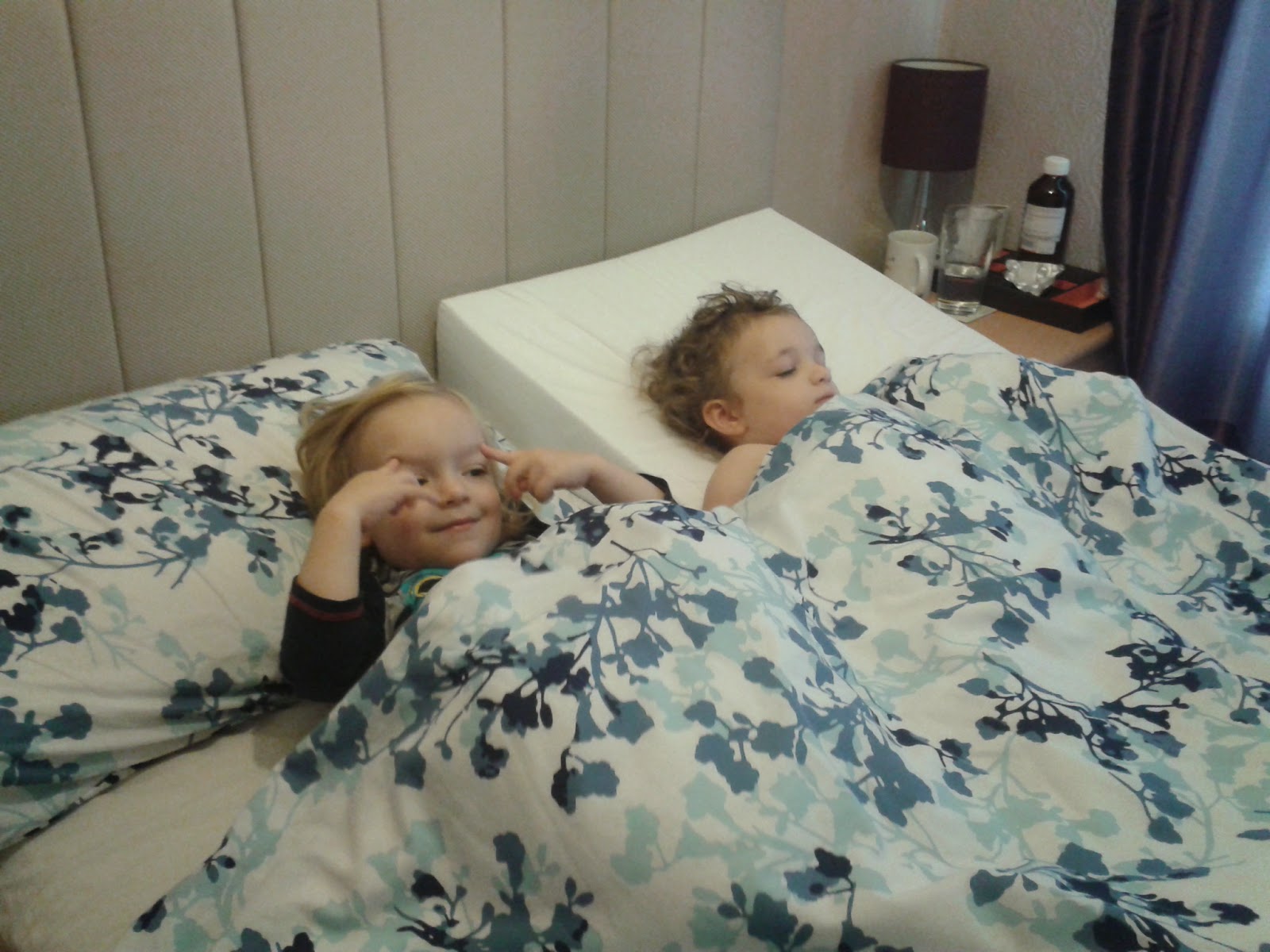 It's an easy twin life! While I was busy cleaning around upstairs Isabella and Taylor snuggled up watching Cbeebies. Monday was also weighing day. I was pleased that I had lost another 4lbs, which makes 9lbs in two weeks. 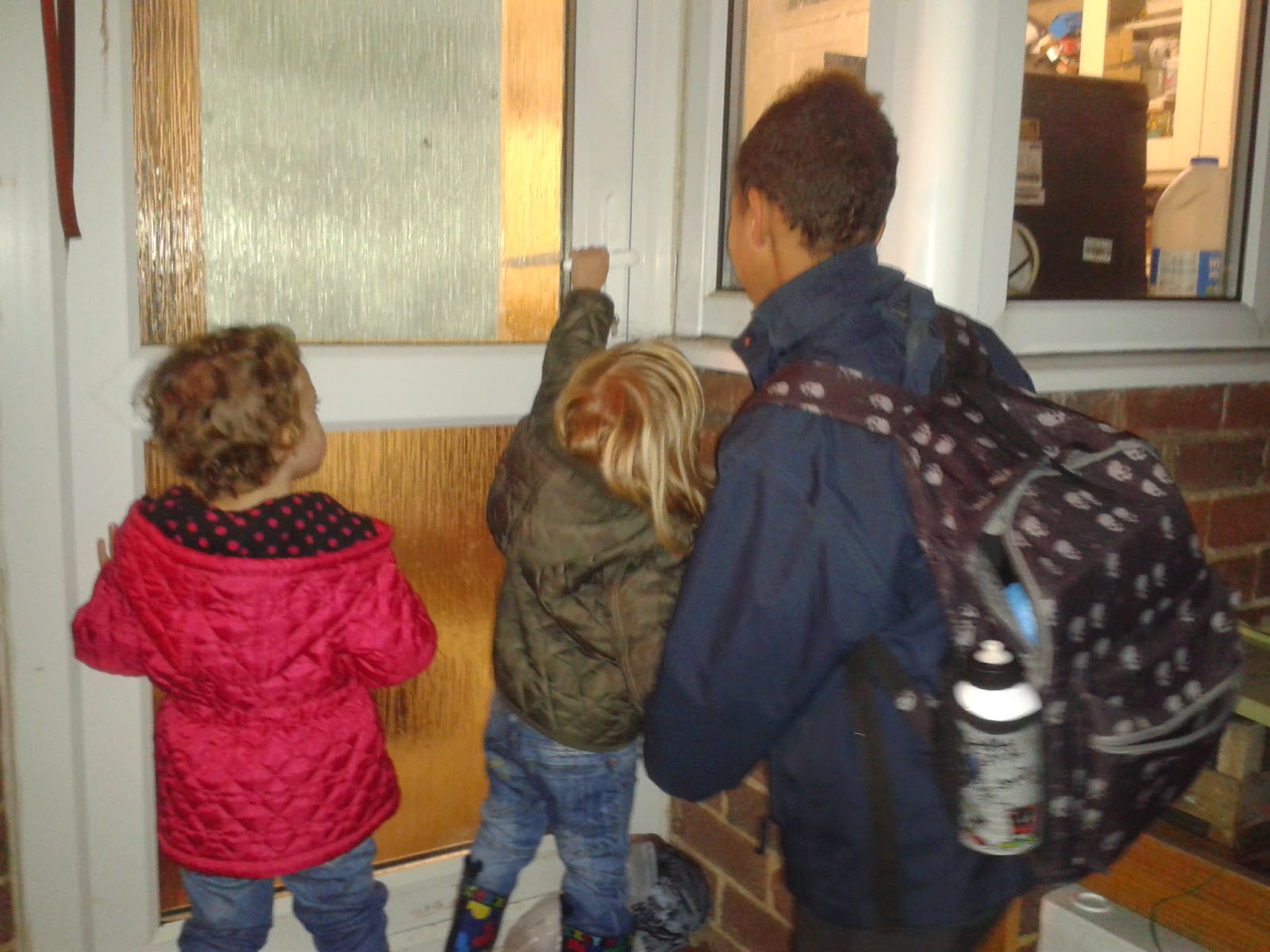 On Tuesday Joseph was at an after school class and it was only when we picked him up I realised that I had not taken a single picture. This was of the three of them waiting to get in. Recently they have looked forward to Joseph getting home to play. Here Taylor was holding Joseph's hand and had run up to him and given  him a big hug. 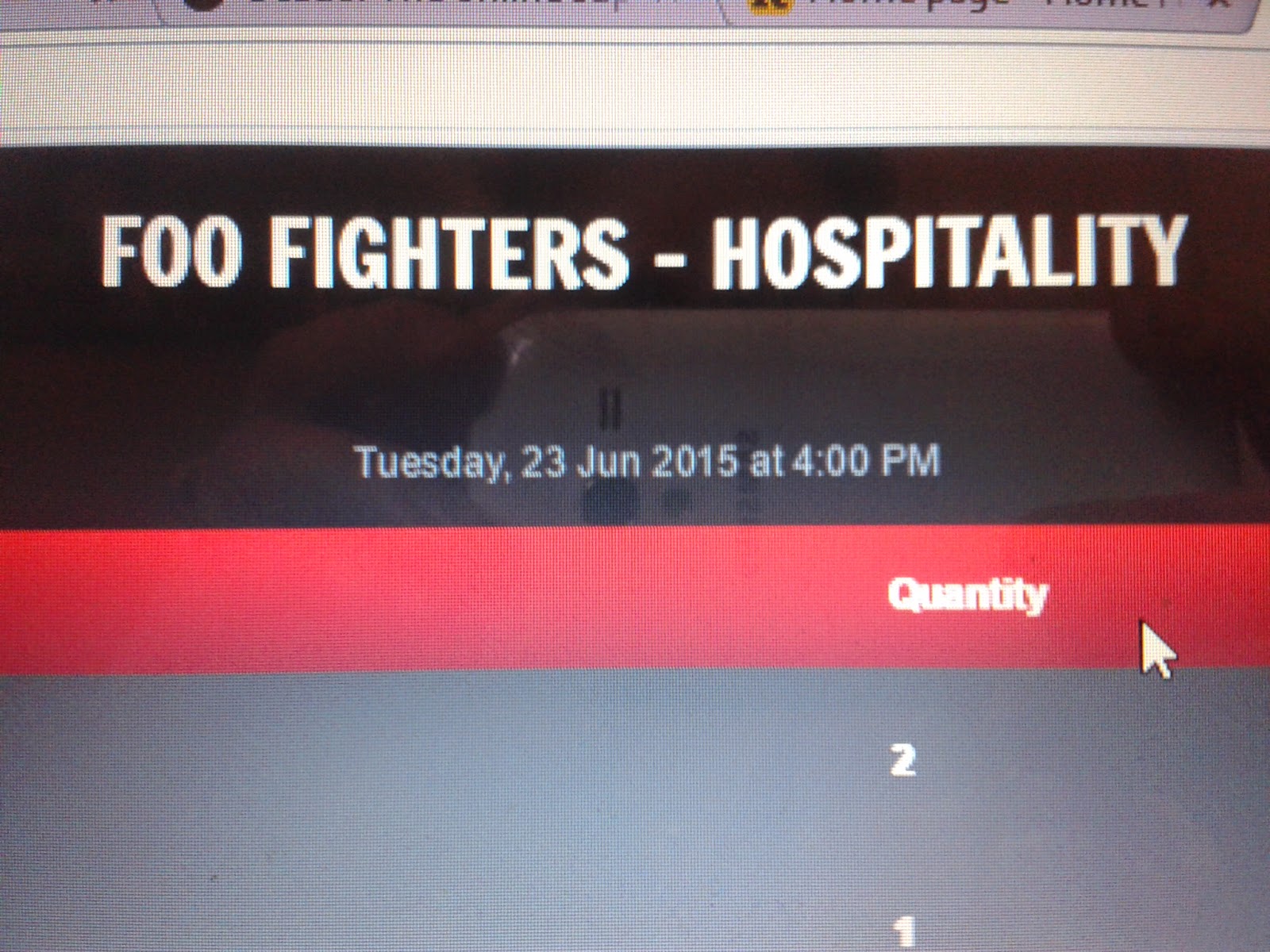 I am a huge Foo Fighters fan and was awaiting Wednesday's pre sale ticket sale all week. The morning finally came and I was so nervous as I waited to get through to buy tickets. Thankfully I go through and we are now the proud owners of Foo Fighters Hospitality ticket for June next year at Edinburgh! I am so excited. We decided to get seats this time and go for the hospitality package as we will have a few more luxuries than when we last saw them at Milton Keynes. At their 2011 show we were right at the front bar and we could not get better than that. Having hospitality tickets allows us entry to a suite with a bar for food and drinks and toilets which is definitely a luxury at a rock concert! 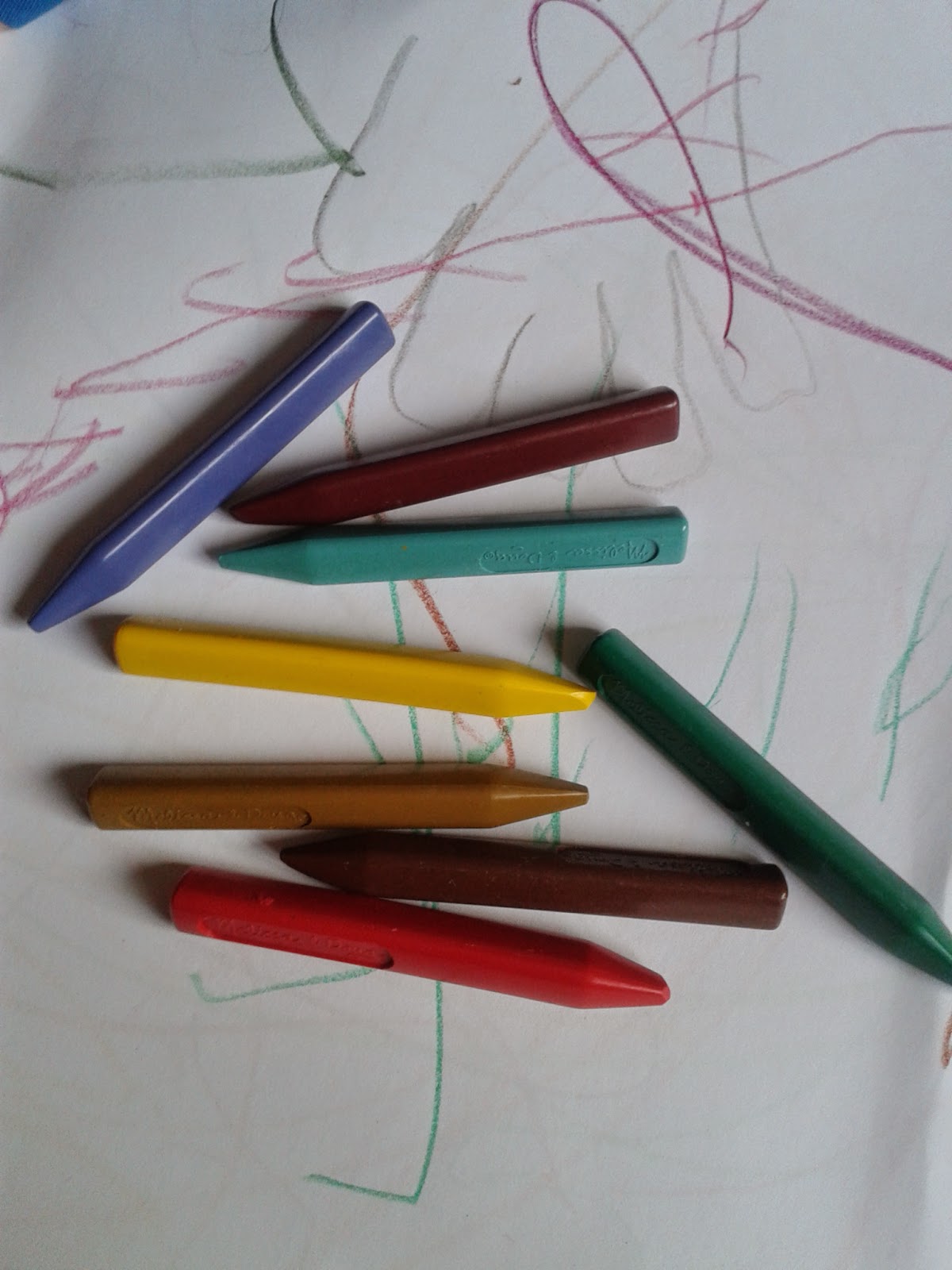 Thursday was a play and movie day. We coloured, sorted toys and watched Frozen over and over again! 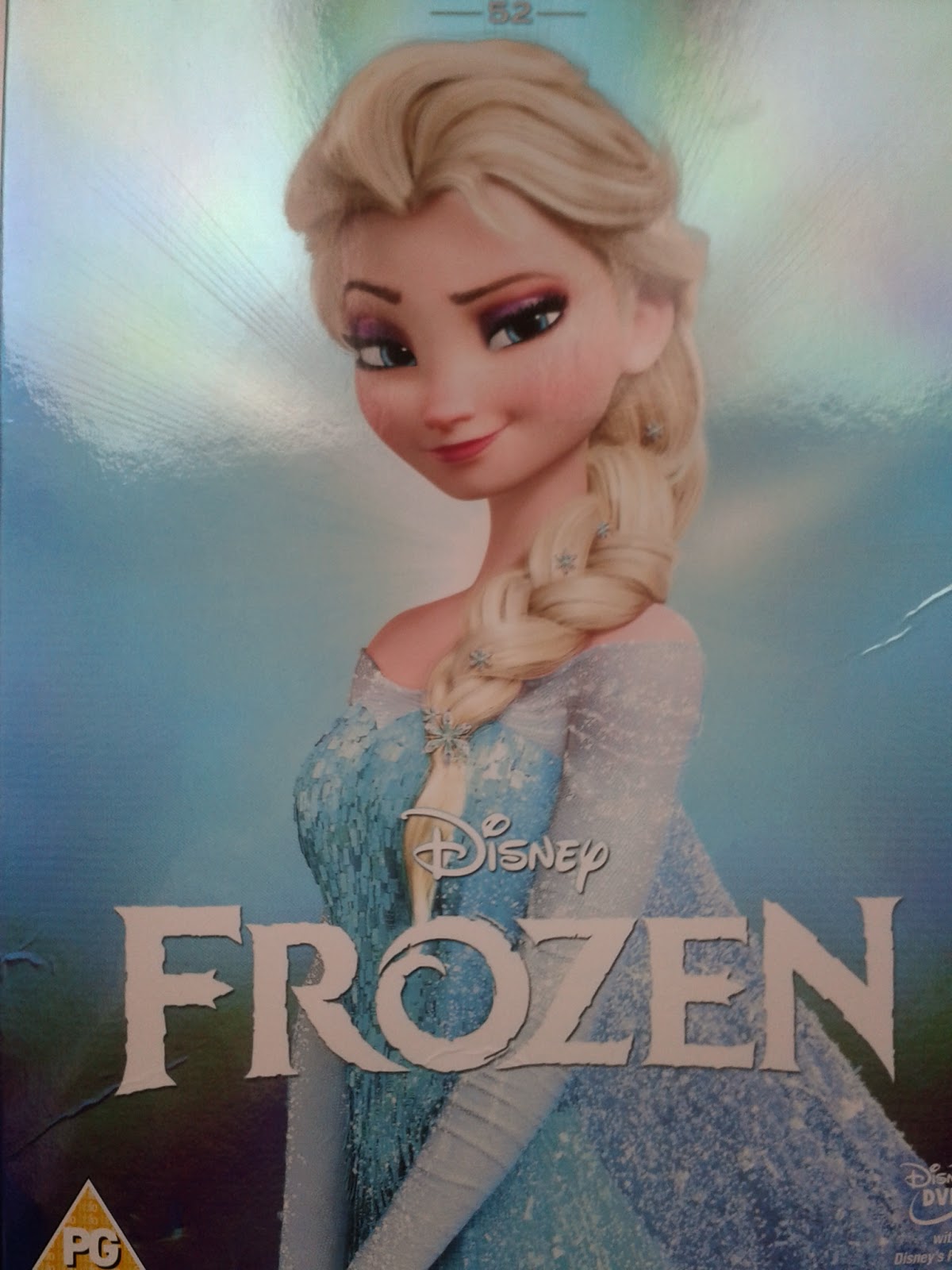 Again Friday was very much dominated by Frozen. It went on at least three times! We now have Frozen mad twins! 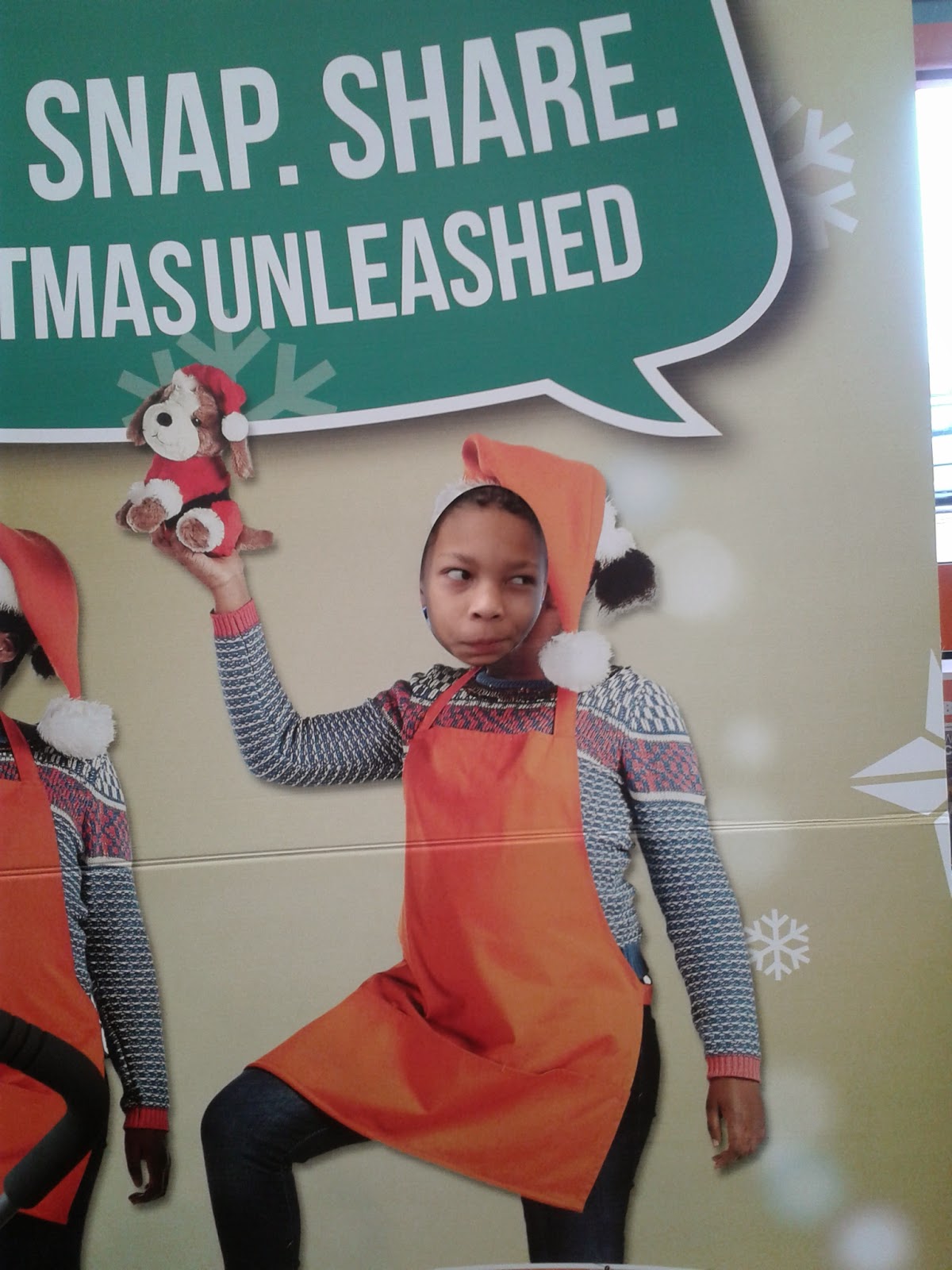 Saturday morning we went out shopping. The hubby needed to pick up a few bits from BandQ where Joseph entertained us with his antics! We also found that we had some vouchers left over from Christmas shopping so we treated the children with them. Joseph got a new Skylander, Isabella chose her first doll (yes I am delighted she likes dolls!) an Ariel Princess doll and Taylor chose a rubbish truck. The twins are changing so much at the moment. I find that they way they play together and the way they interact has changed. They play a lot of role play together and it is lovely to see. 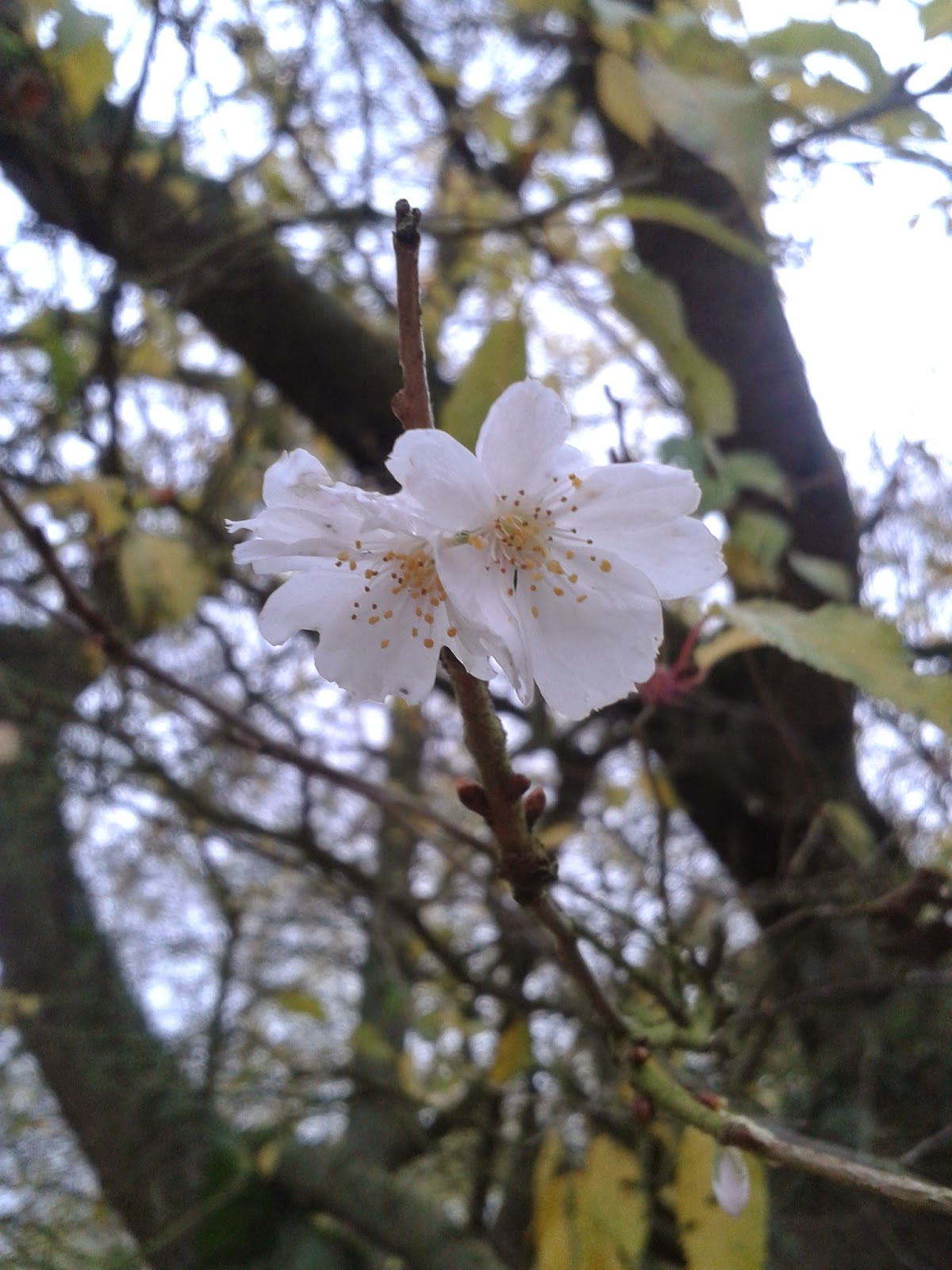 This weeks Silent Sunday is of this blossom that I noticed on a tree. Blossom in November? I was so surprised to see it and that is why I have chosen it as my Silent Sunday. 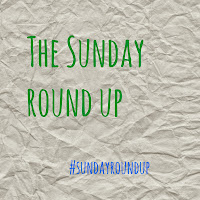