I was so excited when I heard that we had been selected as Toys R Us Toyologists. 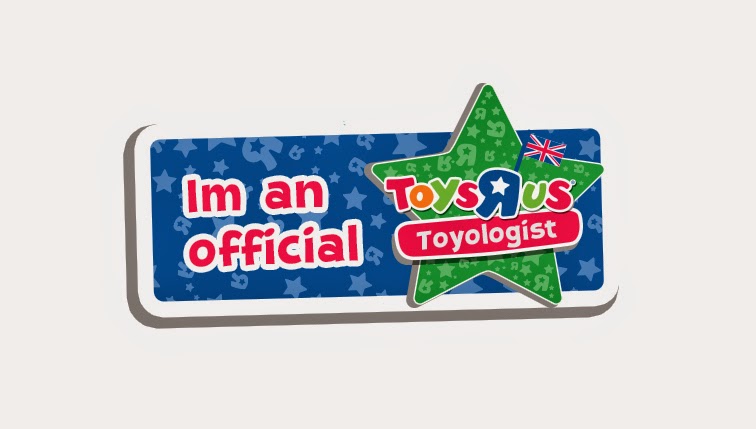 I was so excited for Joseph. He has often said that a lot of the items that we get sent to review are for the twins. When I saw that we would be reviewing Monopoly Empire I knew that Joseph would be over the moon. He loves the classic Monopoly game and it is always this number one choice of board game. However it is not always ours! The classic Monopoly is a very long winded game that can take, what feels like, forever to play. So I was curious to see if this version would be the same.

The board is set out the same as the classic version however the game is quite different. 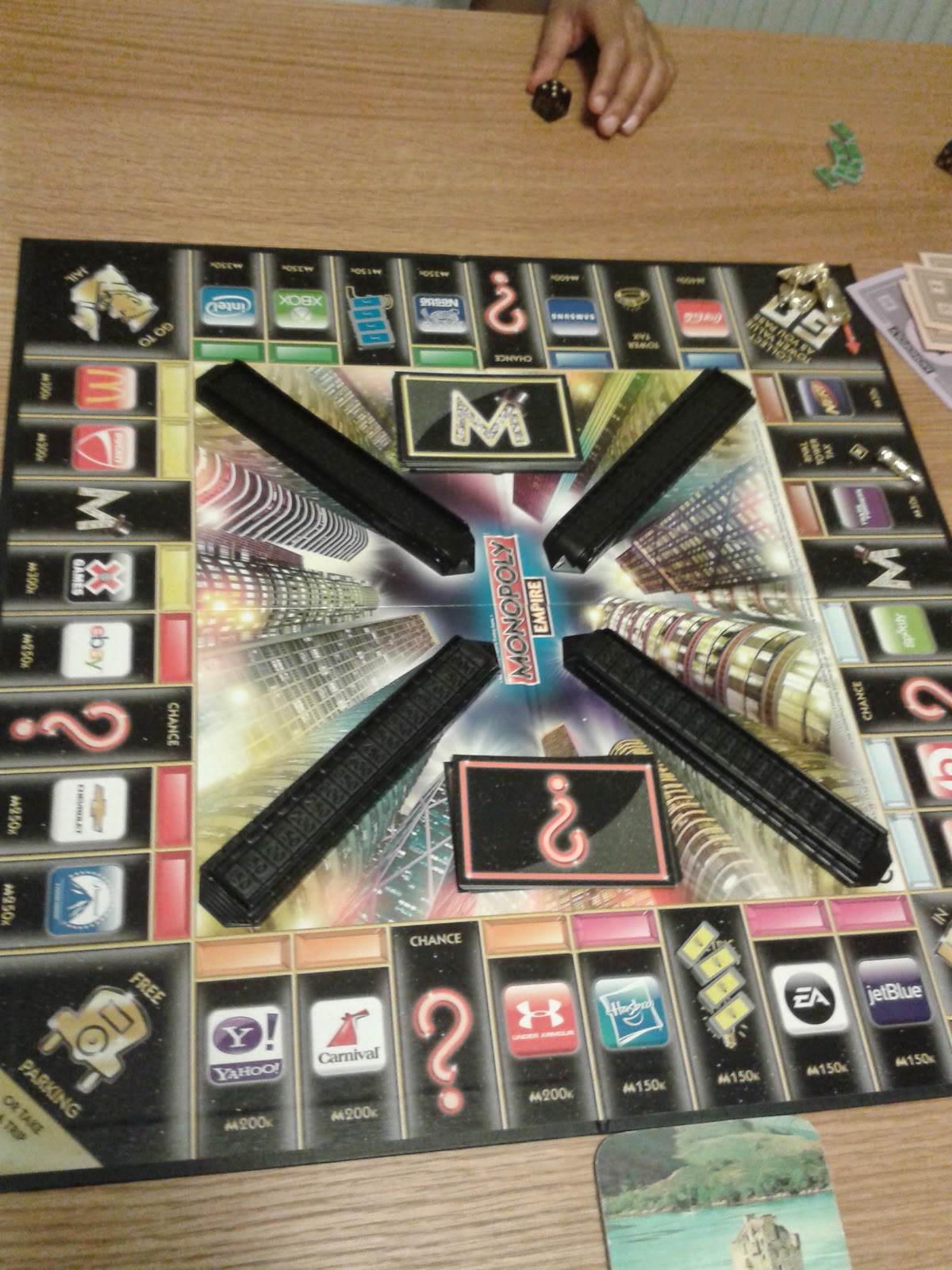 For starters gone are the traditional tokens. These have been replaced by modern counters including a Cola bottle, X-Box controller, McDonald's fries! 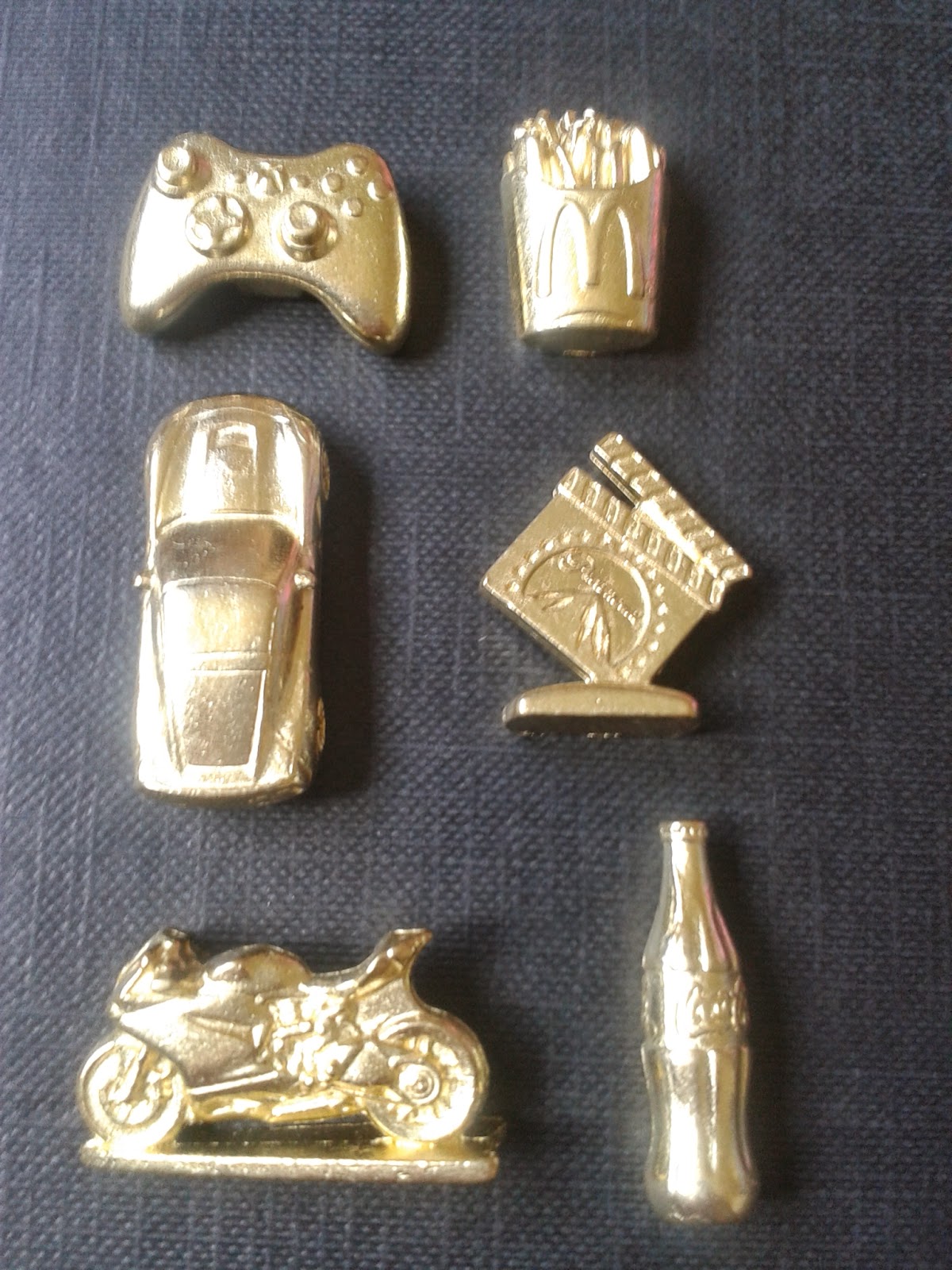 Each player has a Tower. As you progress around the board you land on brands. Instead of buying the streets, houses and hotels as in the classic Monopoly you buy brands. When a player lands on the brand square they have the option to buy. If they decided not to buy it goes to auction. The bidding starts at 50 which, for some brands, is a bargain! As you buy your brand tiles you place them on your tower. The first player to reach the top of their tower wins! The brands were all American brands. I am sure are all well known in America but there were a few that we had never heard of. It would be great if they brought out a "British" Monopoly Empire as the brands would be more well known to us. However this did not stop us enjoying the game. 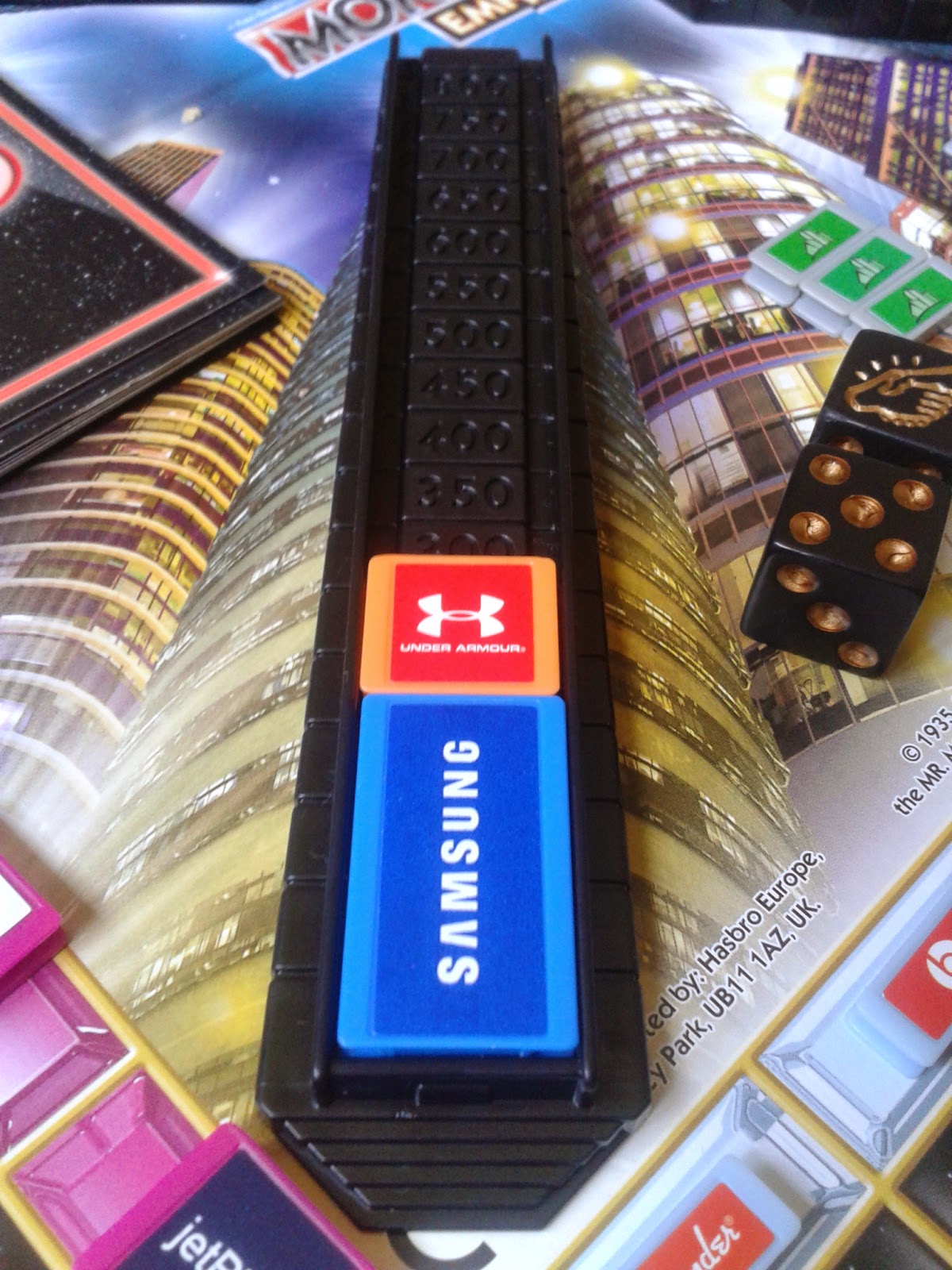 Well no, there are twists along the way which did make the game a little confusing the first couple of times we played. But, as with any game, the more you play it the more you understand it. 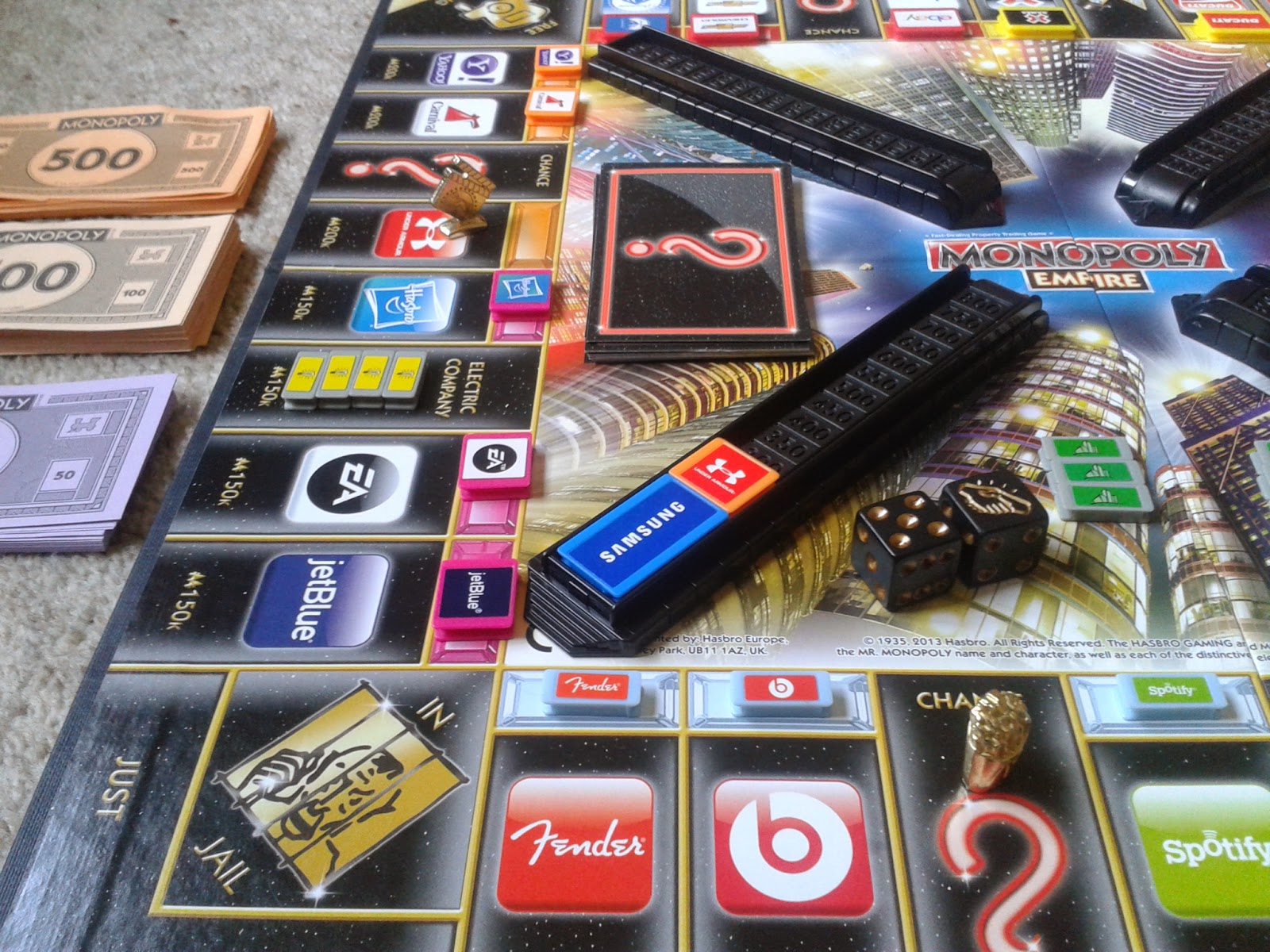 The dice in the game do not have a number 1, the 1 has been replaced with a hand shake picture. If a player rolls the sneaky swap they are able to swap their top brand tile with any other players. This did result in Joseph in fits of giggles whenever he rolled it as he planned his revenge on whoever was in the lead! 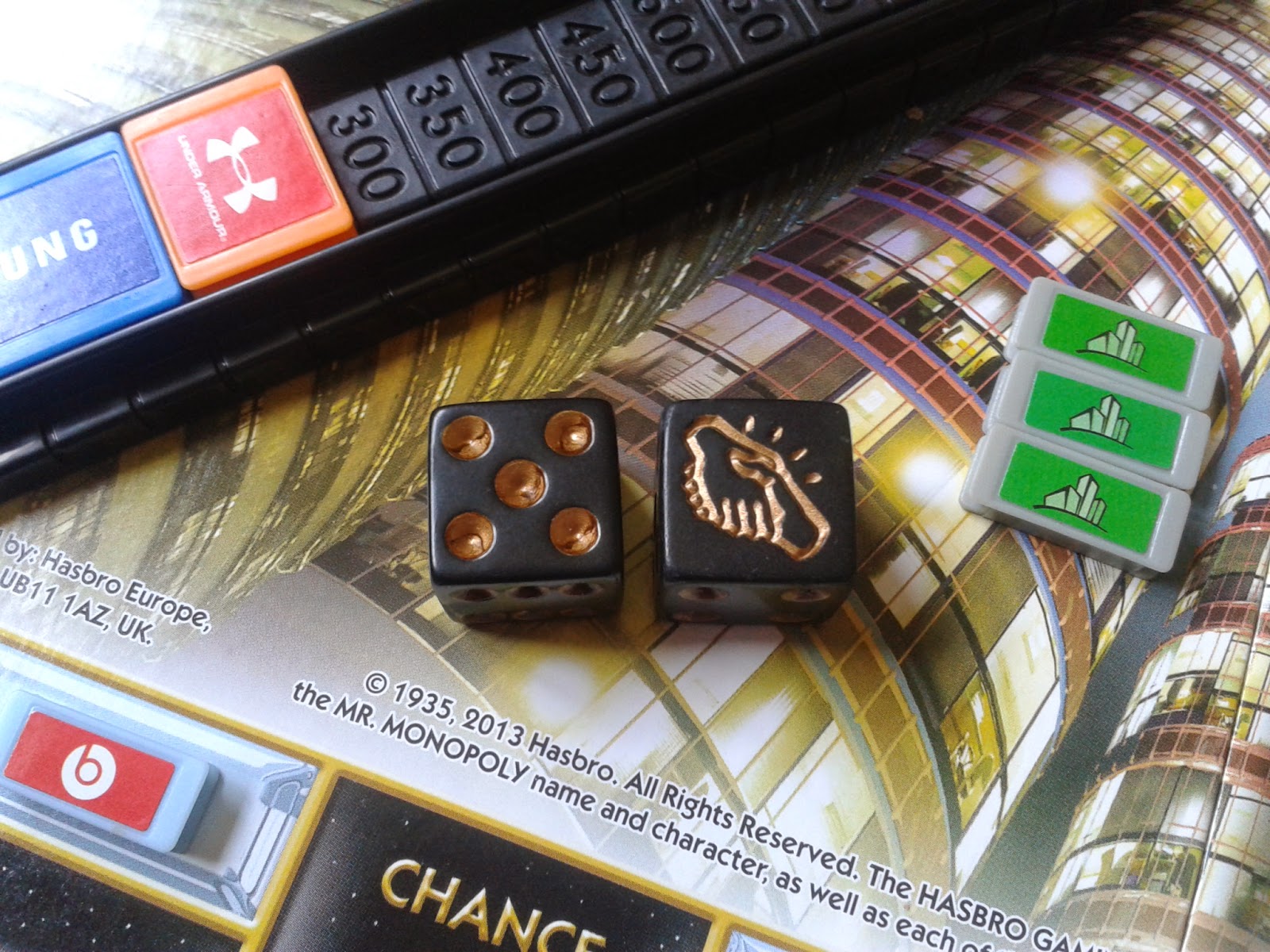 Monopoly Empire is a fun, family game. It is aimed at children who are 8+ which I think is the right age range. 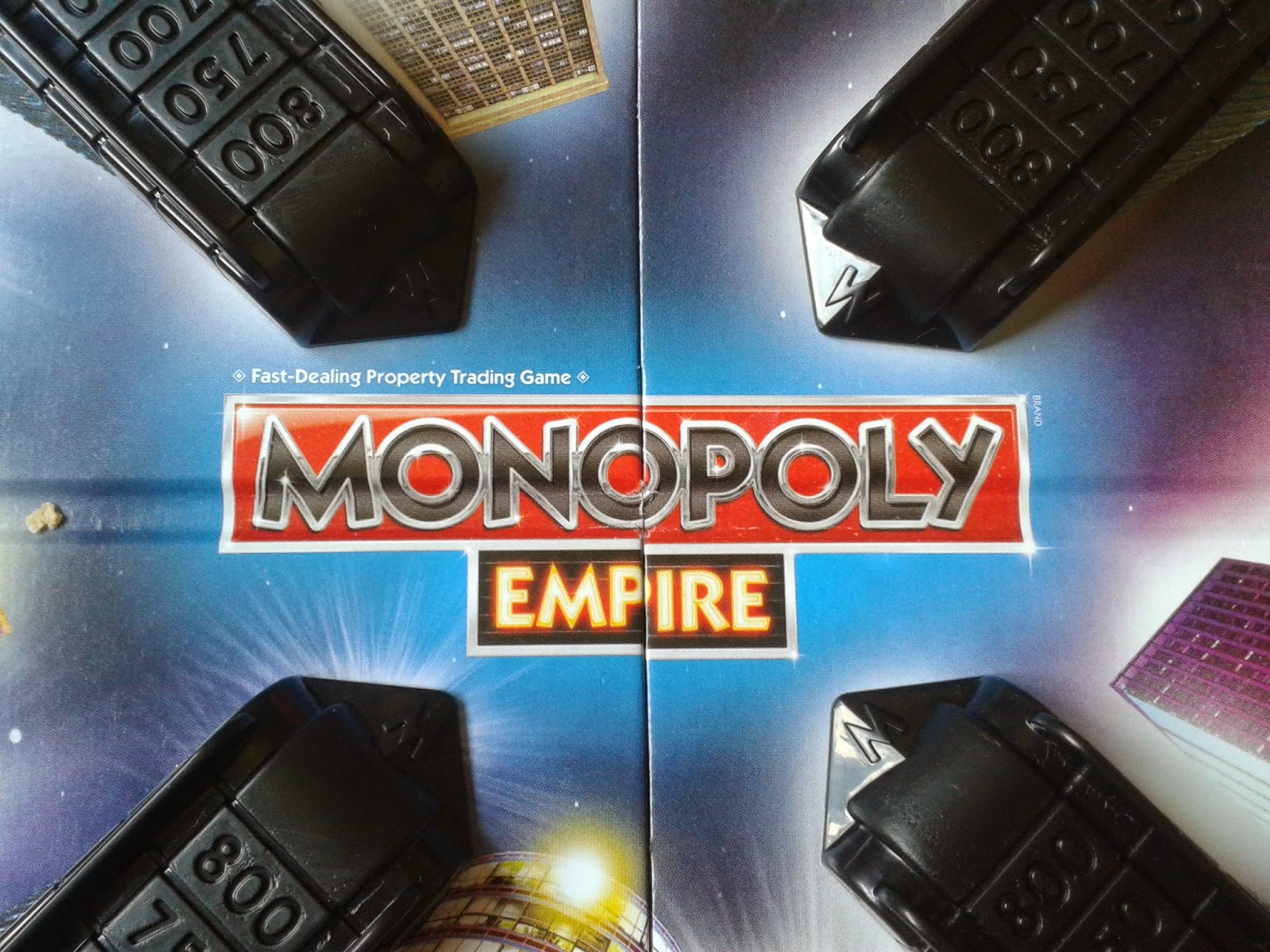 Monopoly Empire is a lot quicker to play and held our attention longer than the classic game. As it is a quicker game to play we have enjoyed it more and have played it a lot more often.

Yes it is a bit confusing to start with but I would definitely recommend that you stick with it as we have had a lot of enjoyment with this game and will have many more family evenings playing it!

Disclosure: I am an official Toys R Us Toyologist and was sent the game for the purpose of this review. No payment was received. All views and opinions are my own and are 100% honest.

Email ThisBlogThis!Share to TwitterShare to FacebookShare to Pinterest
Labels: review