Paul Hollywood - Get Your Bake On Live In York 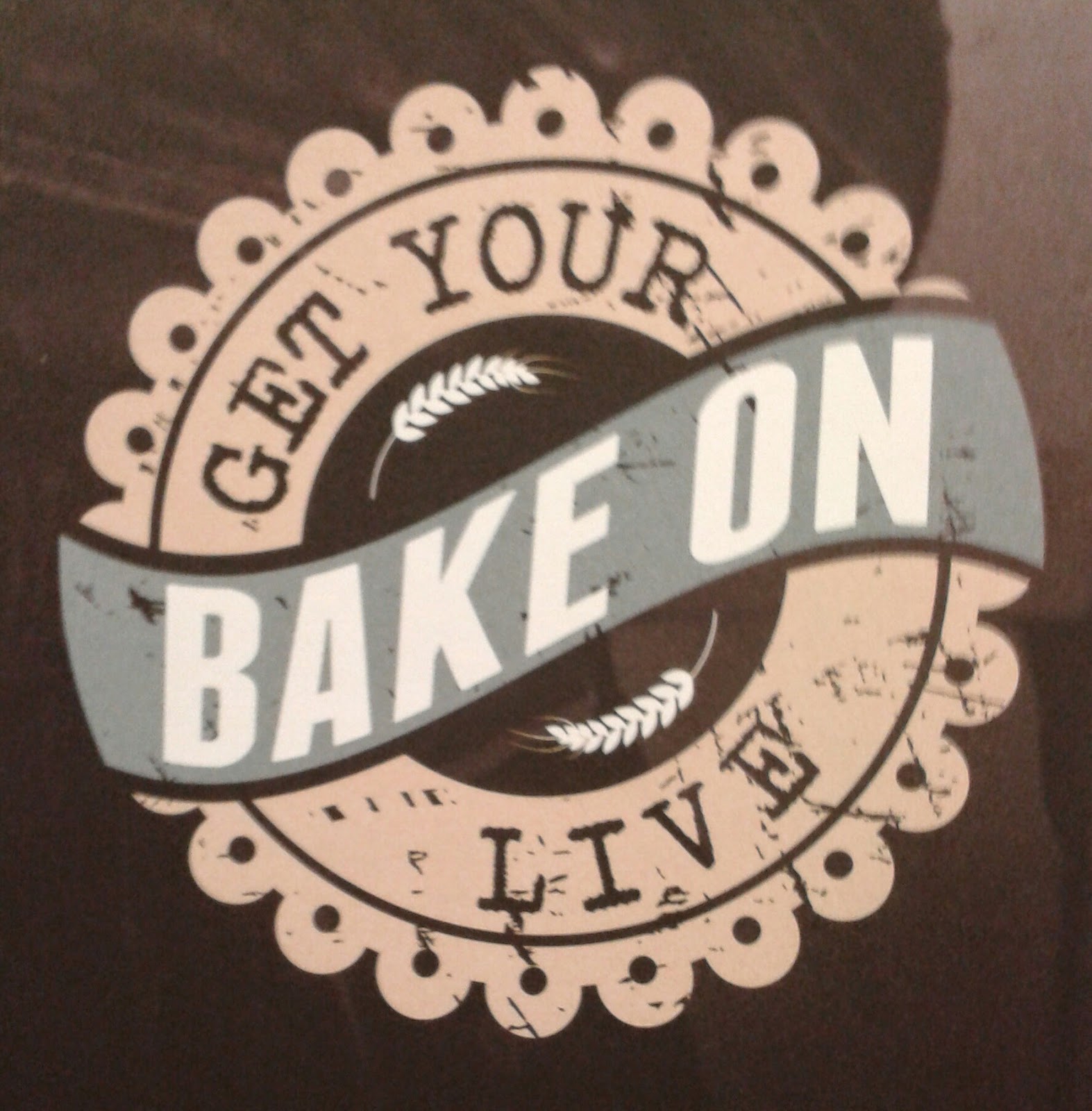 If you are a regular reader you will know how excited I have been during the build up to seeing Paul Hollywood's Get Your Bake On show in York.


Let me tell you, Paul Hollywood certainly did not disappoint!
The description of the show was an evening of fun, stories, demos and audience participation.
When we arrived at the Barbican I was delighted with our seats. We were on row E and as their seating area is tiered we had a fantastic view, even more so when the two seats in front of us were left empty! 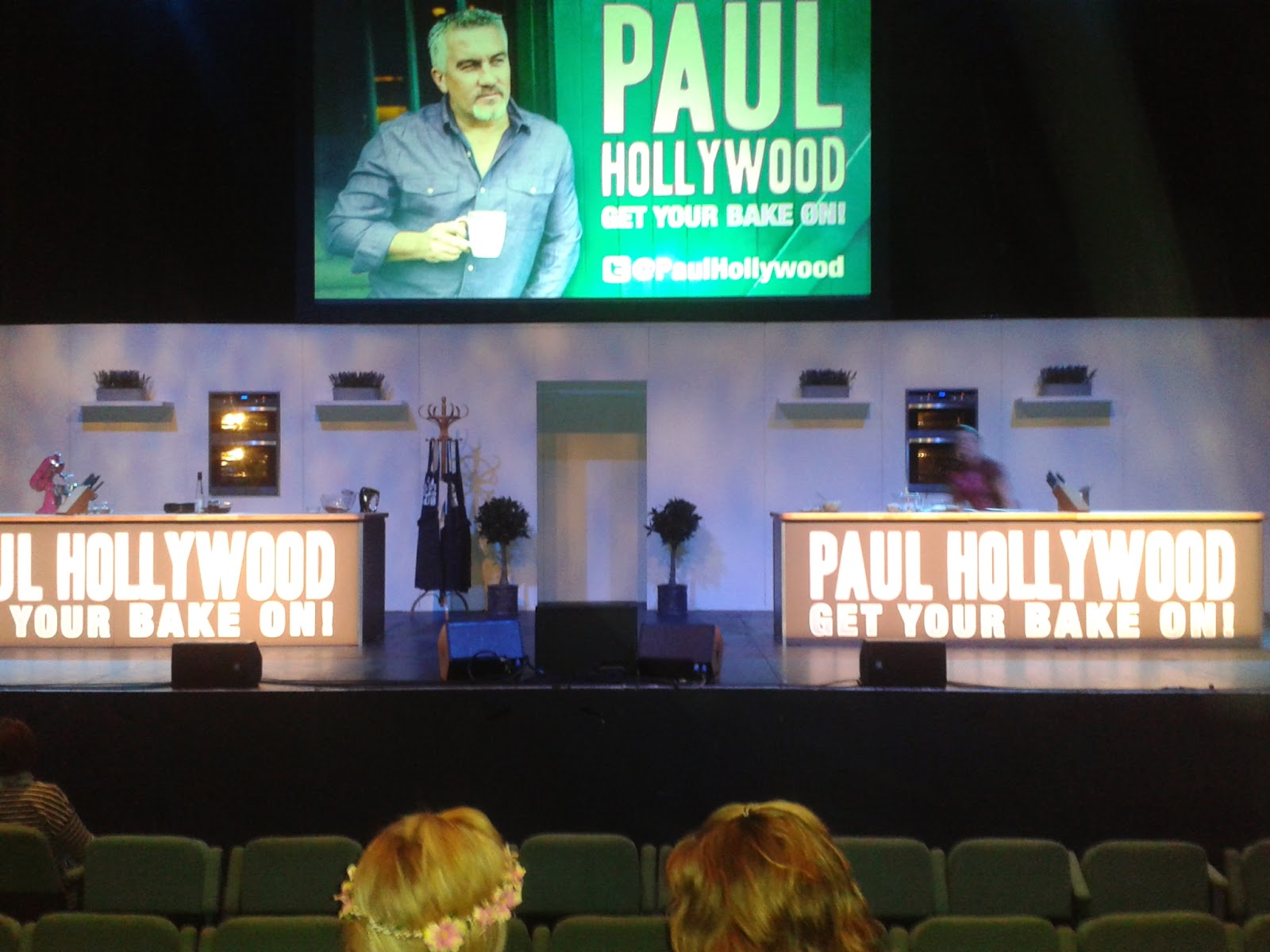 We were at Paul Hollywood's eye level!
As it got closer to starting my excitement built up!

I was going to see my baking inspiration. My baking journey began when I was a child but my passion had not been ignited until I received Paul Hollywood's How To Bake. From that day on I baked and baked and baked!

I had found something that I enjoyed doing and was good at doing! This ignited my passion and I have not looked back. It really became an addiction, I caught the baking bug, I wanted to try more bakes, experiment more and create my own recipes!

All of this came from that first book.
A comedian spokesman came on first to warm the audience up a bit before the man himself came on stage!
Then the moment came, it was Paul Hollywood's turn to walk on stage!

There he was, he walked on stage and I was in awe!
My baking hero was stood in front of me.
In person he just as charismatic as he comes across on the television. You can feel the passion that he has for baking as he talks about it.
He told us stories of his childhood, growing up and his travels.  It was great hearing about his journey to where he is today.
During the show he did let on that the filming had begun for this year's Great British Bake Off. He asked if anyone in the audience had applied. My hand shot up, yes I did apply, I had an interview but obviously got no further. He looked straight at me and said

He saw me and spoke to me!

During the show Paul showed us 4 of his bakes, all of which are shown in the tour programme. He gave us his step by step tips to make
As I was watching the master at work I was planning when I could make each bake.

The show ended with four extremely lucky members of the audience face one of Paul's challenges, unfortunately I was not lucky enough.

Despite the disappointment that I was not picked, I had an amazing night and my passion has been fuelled even more after seeing him and watching him do what he does best, baking and charming his audience!

I would love to see the show again and see what else he has to offer as I am sure that he has even more to give! I am extremely tempted to ask my mum if she would like to go to the show in Grimsby!

Paul Hollywood's Get Your Bake On Live is a treat for any bake-a-holic and seeing Paul do his thing is an honour for any baking fanatic!

Thank you Paul for sharing the evening with us!


Over the next few weeks I am going to bake each of the bakes that were demonstrated during the show and I will share with you how I got on and if I changed anything!

Today I am making the Classic Apple Pie but have added a couple of extras, I will let you know how I get on!
Posted by Hijacked by Twins at 15:47