This has been a bit of a funny week.

We have had a great day together, all five of us!

Then hubby returned to work, followed by Joseph returning to school the following day.

Then it was back to normal!

Our normal routine, of school runs and house work. But this week has ended on a high and a busy day. 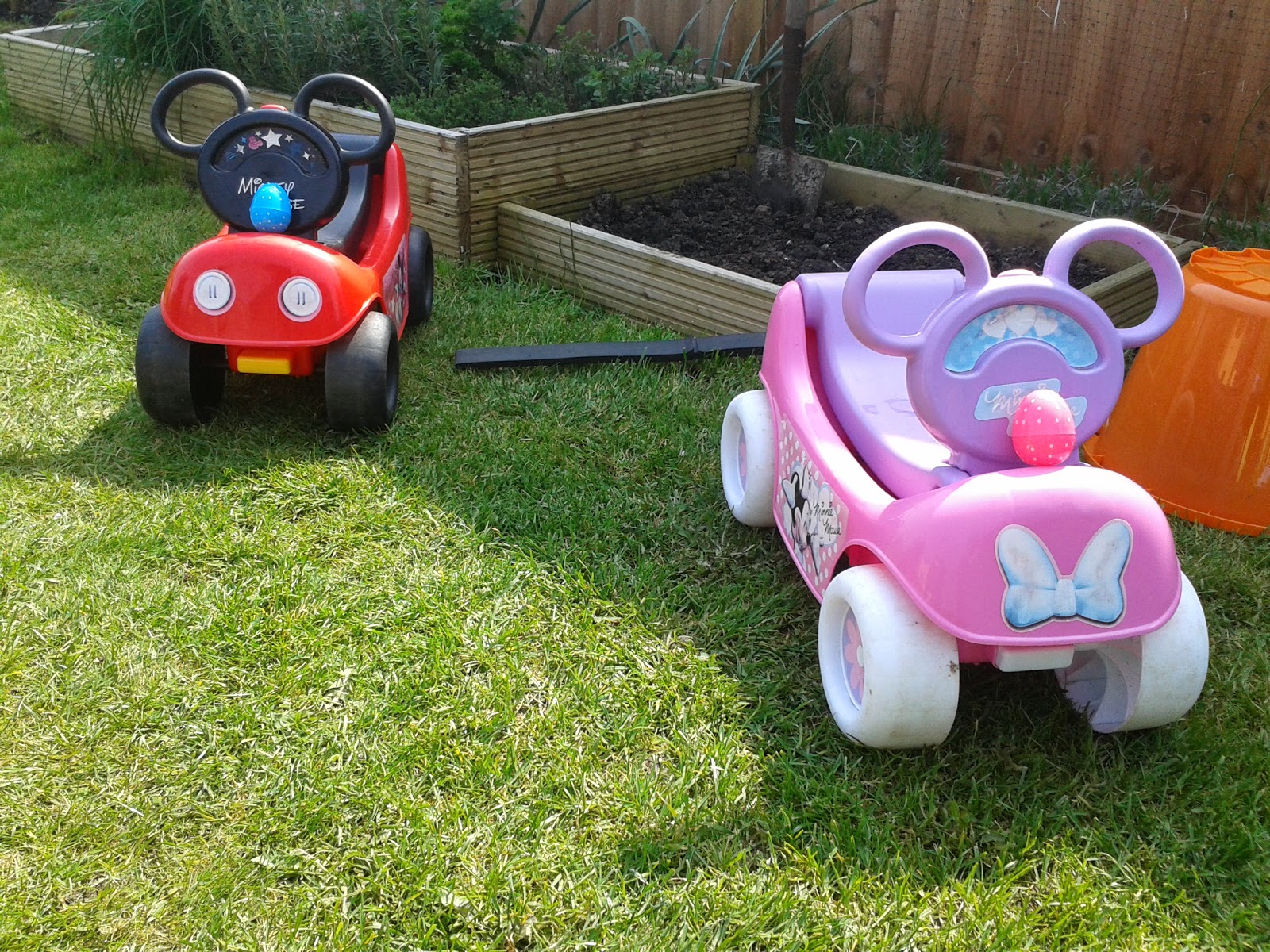 After a miserable, cold and windy Easter Sunday we were delighted that the sun was shining and we could get outside. I had planned to do the children an egg hunt on the Sunday but when we saw what the weather was like we decided to do it on the Monday instead. It was a huge success! All three of the children loved searching around the garden for the eggs and we even managed to enjoy a BBQ!
Tuesday 22nd April 2014 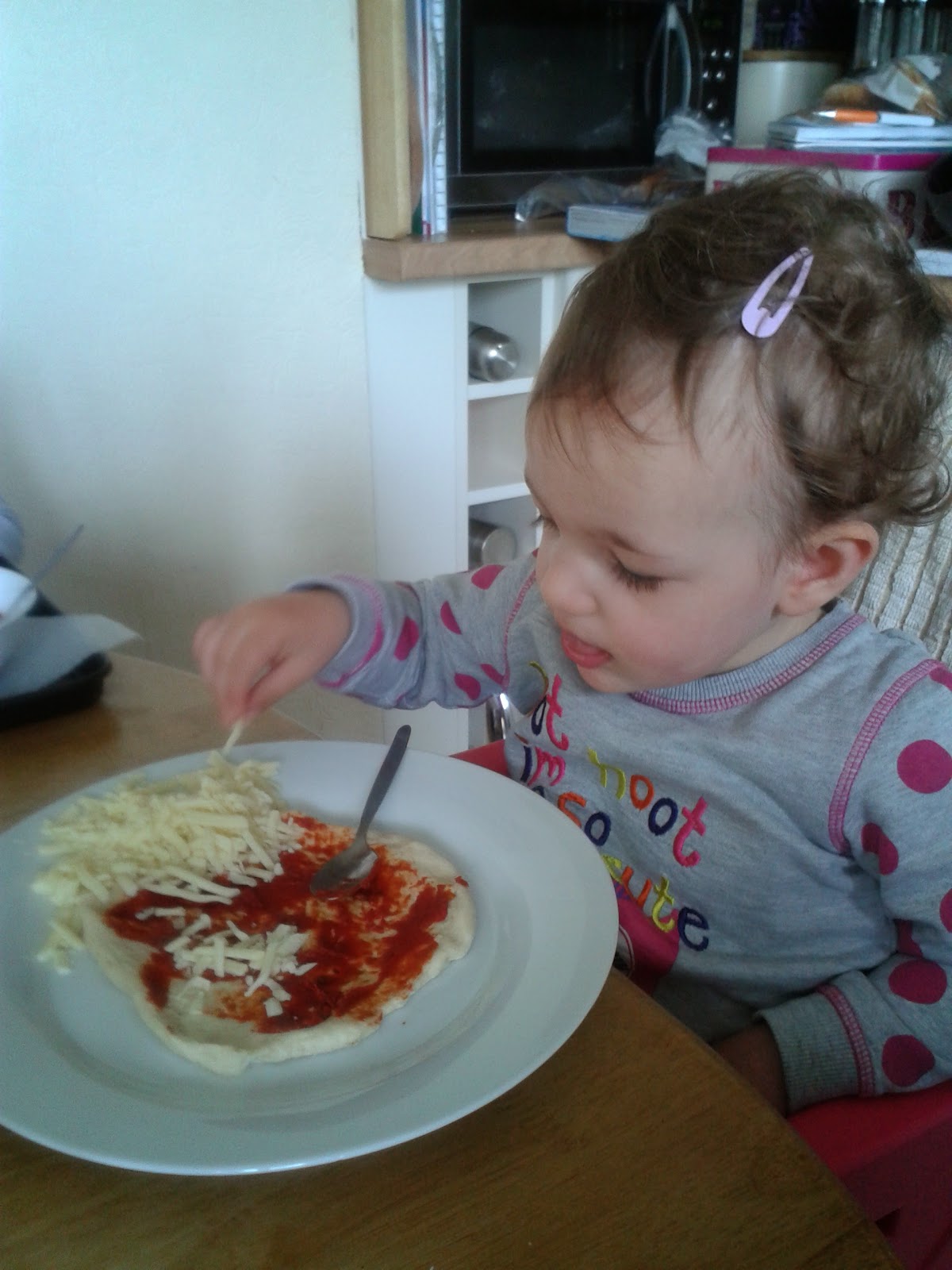 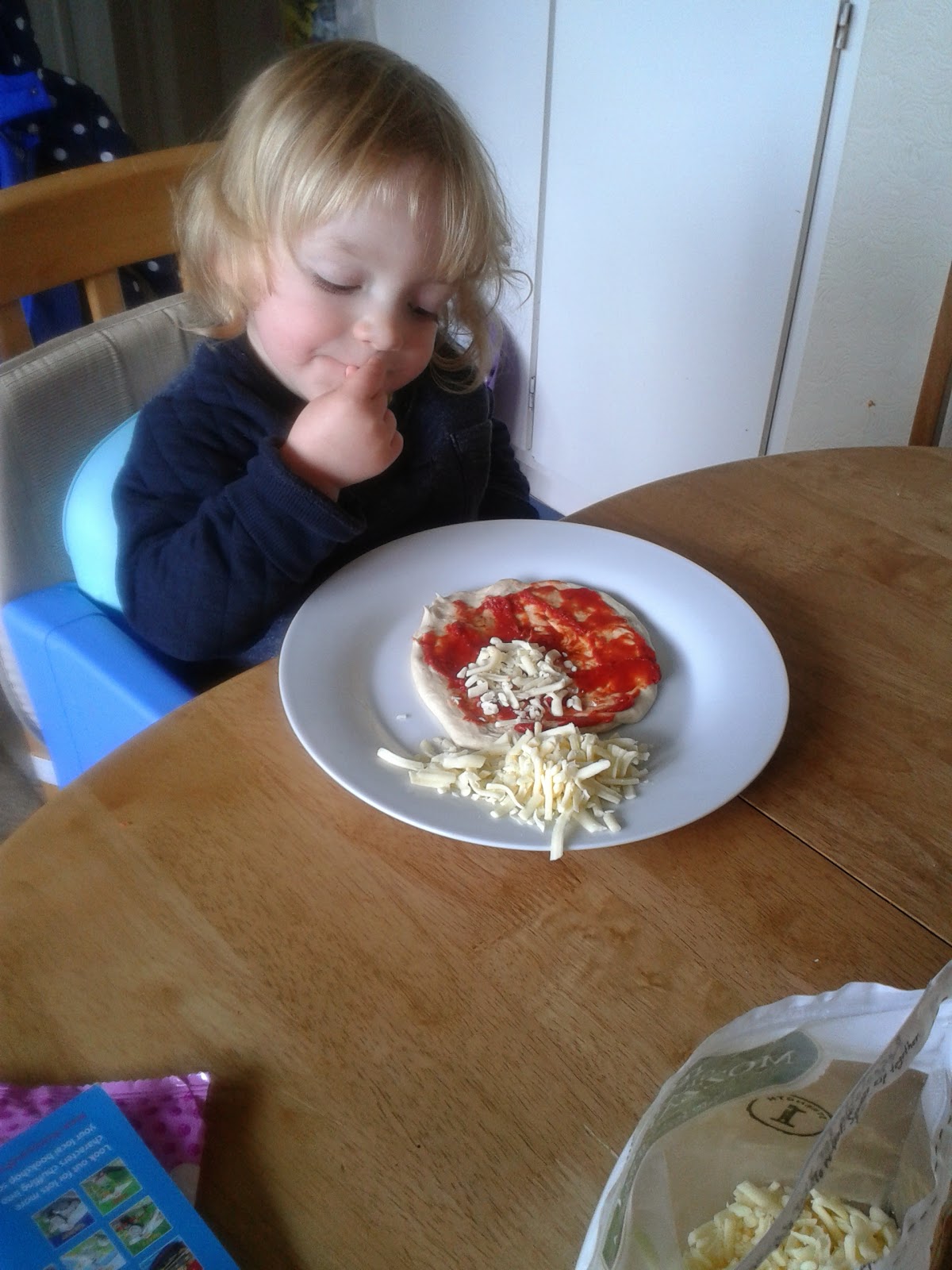 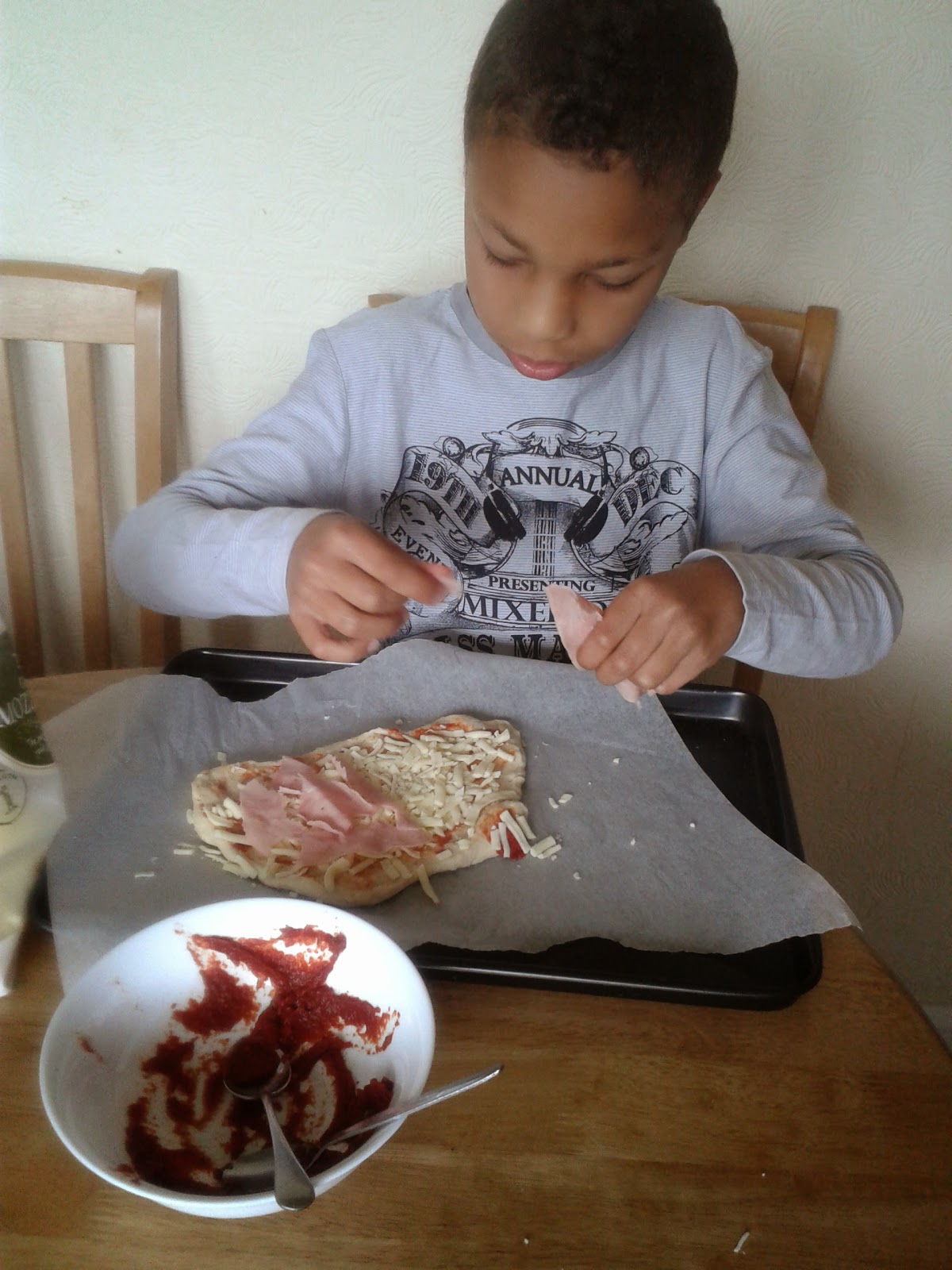 ﻿
Hubby returned to work on Tuesday and after having him at home 6 days I really did notice him not being around. So did the children, especially Joseph who drove me crackers! So to keep them busy I made pizza dough and let them make their own pizzas for lunch. 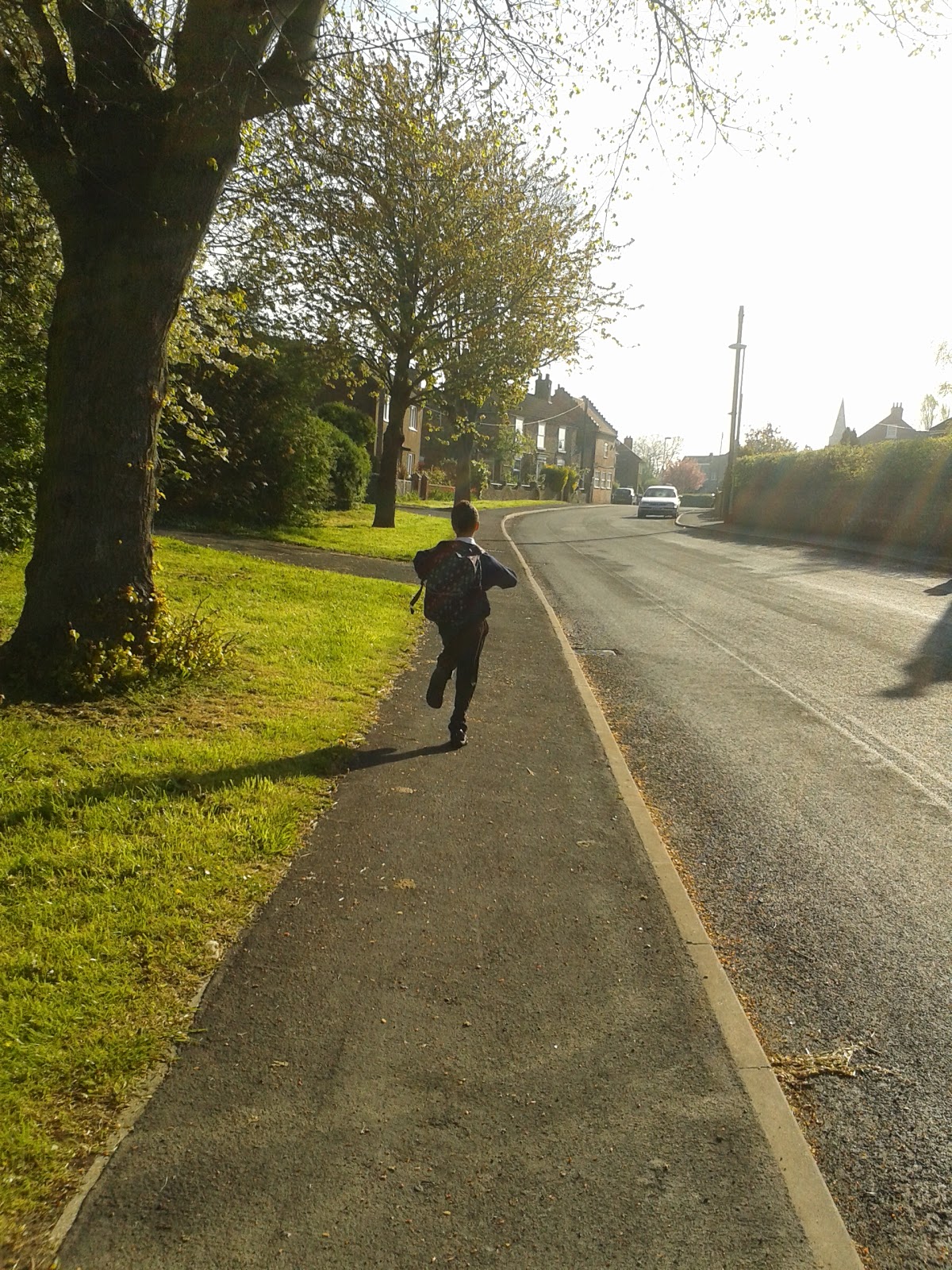 Joseph returned to school on Wednesday. The Easter holidays were lovely and I cannot believe how quick they have gone. But he was ready to go back to school. I love how keen he is to get there in the mornings!﻿ 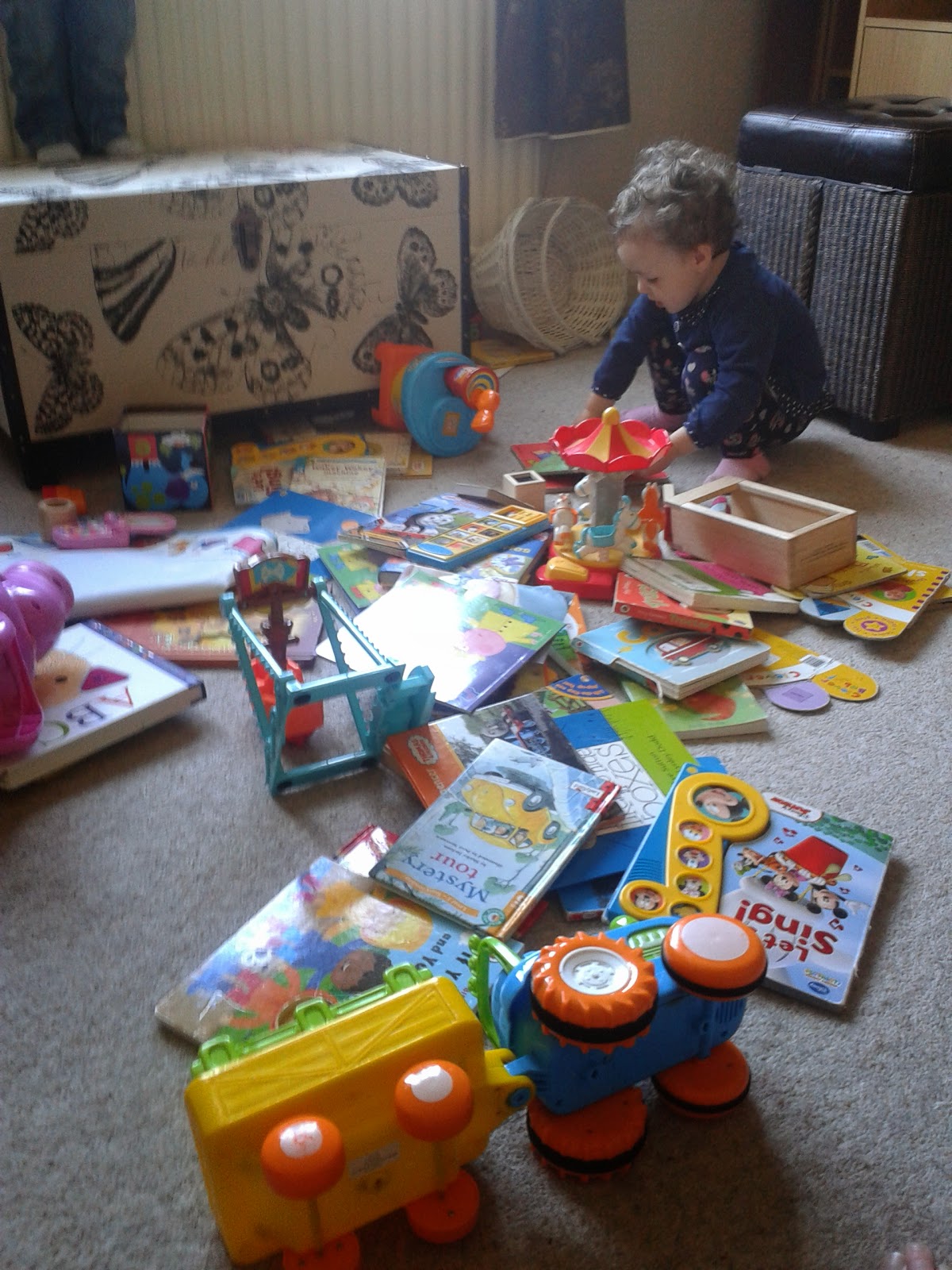 ﻿
﻿
As it was just the twins and I again, I tried to get the house back in a bit of order. Whilst I was in the kitchen the twins went very quiet, which always makes me suspicious! When I went in I was﻿ greeted with this. "Isabella, what are you doing?" I asked, to which I was told "Bella tidying up mummy!" Ok I really should have known that was what she was doing!
Thursday 24th April 2014 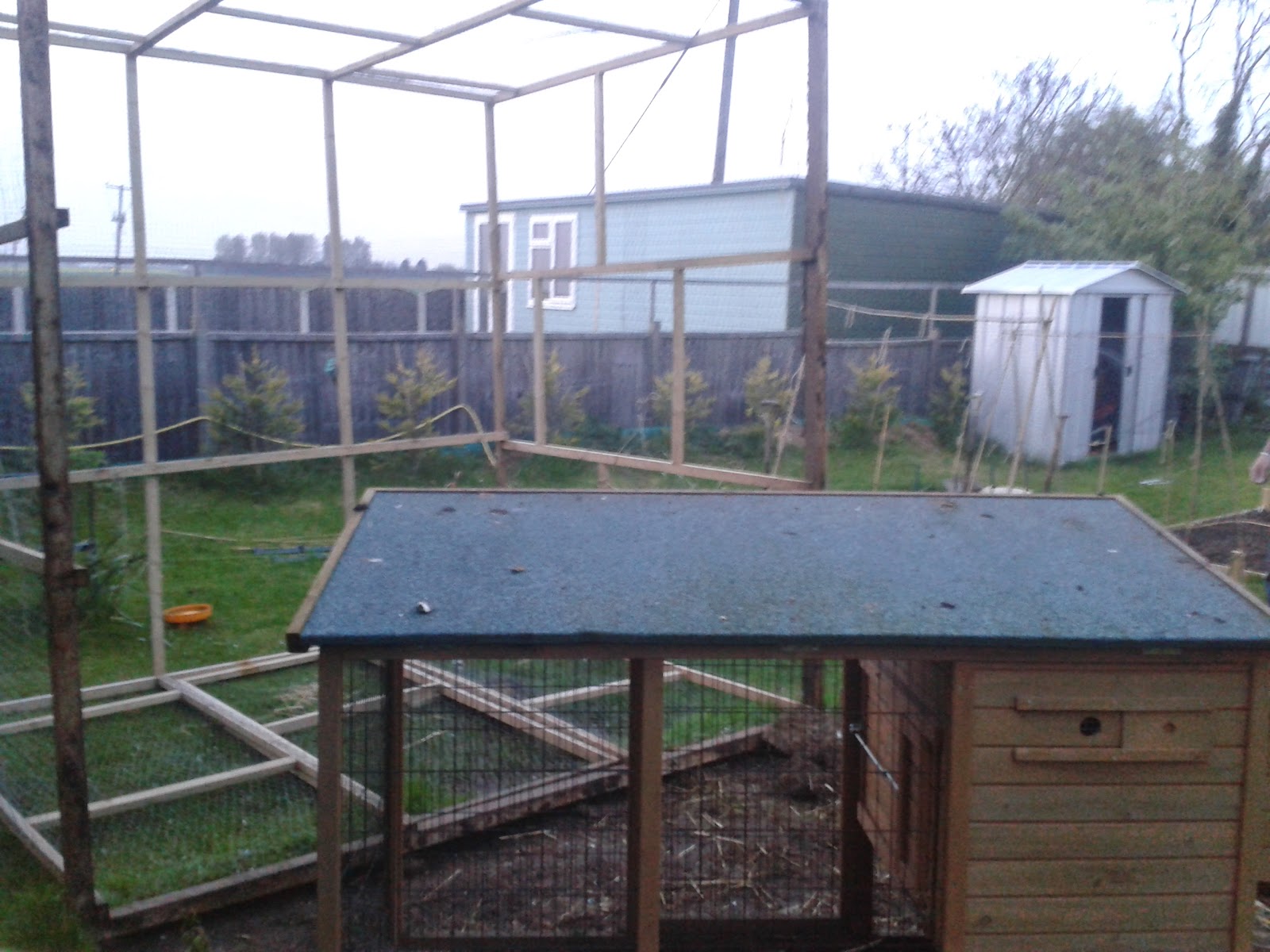 We have been talking about moving the chicken coop and run for a while now. But on Thursday evening once the twins were in bed we decided to move them. This was not an easy job but we managed to get them moved.
Friday 25th April 2014 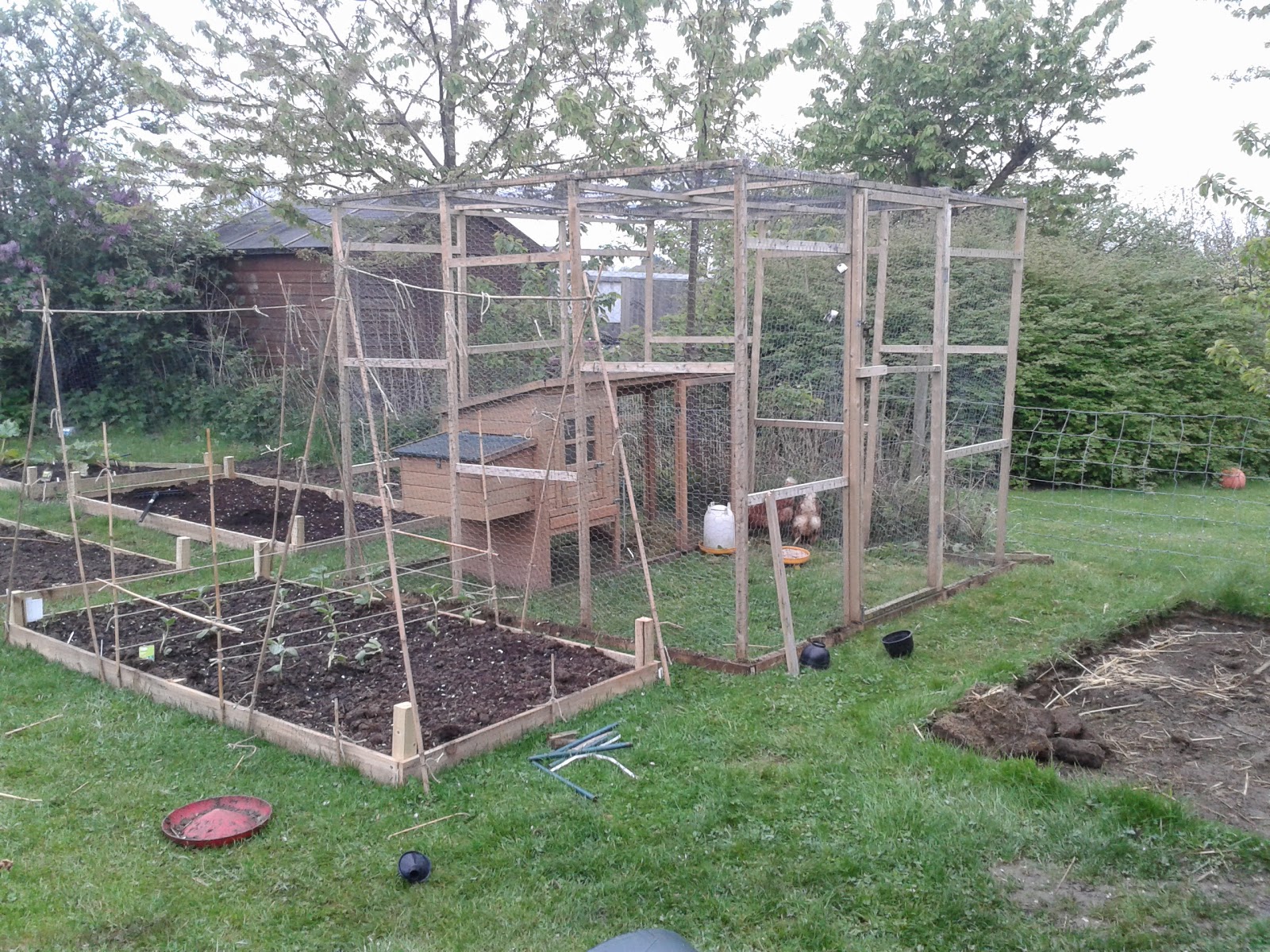 In the morning I was pleased to see that the chickens were settling well after their move.﻿ 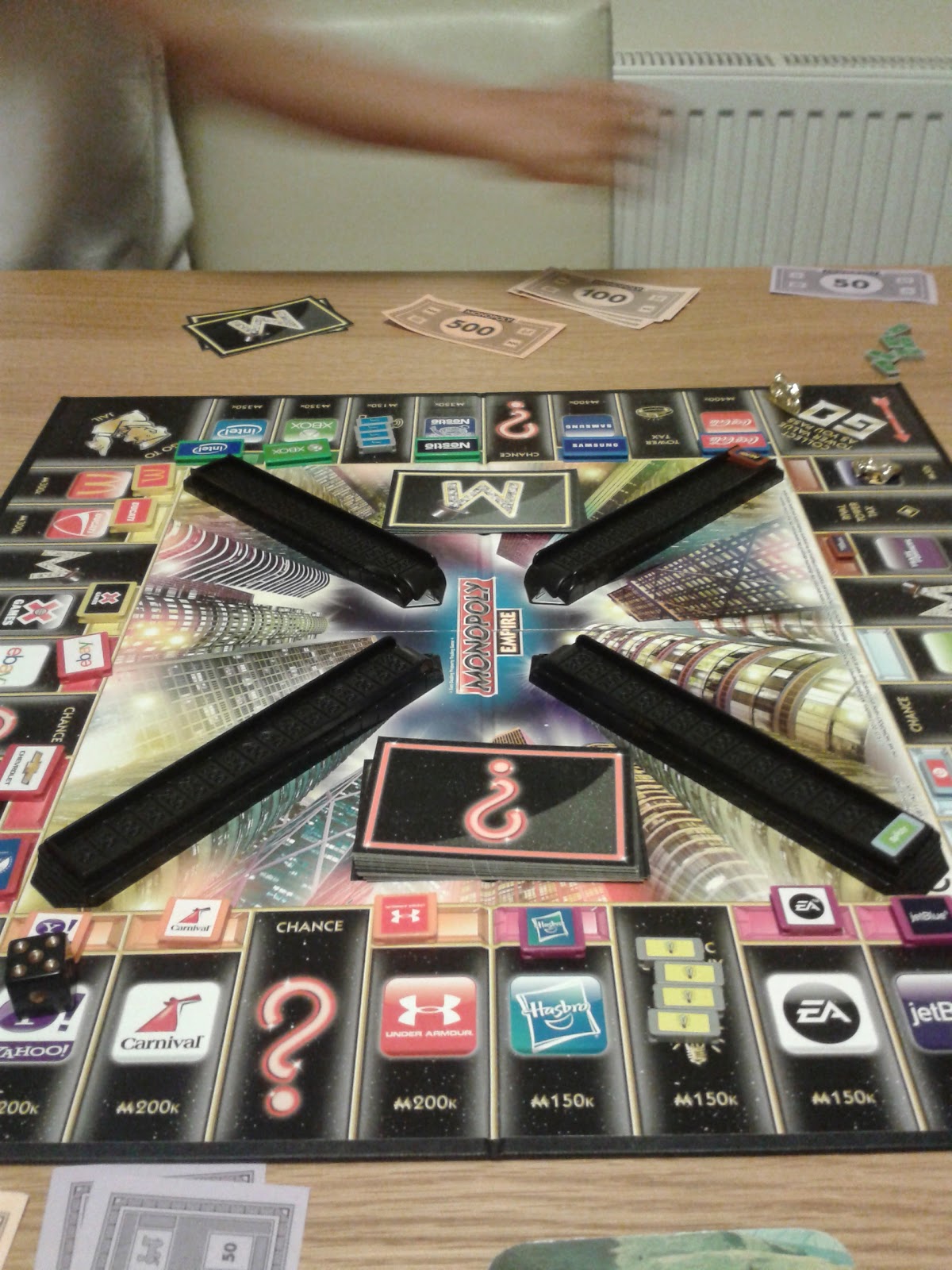 On Friday we stayed at my mother in laws for the night as I had a busy day planned on Saturday. Joseph received a great parcel from Toys R Us. We have been selected as official Toyologists and a game arrived for us to try! Joseph was over the moon when he saw that we had a new Monopoly game. This was our Friday evening, spending time with Joseph once the twins were in bed, playing games.
Saturday 26th April 2014 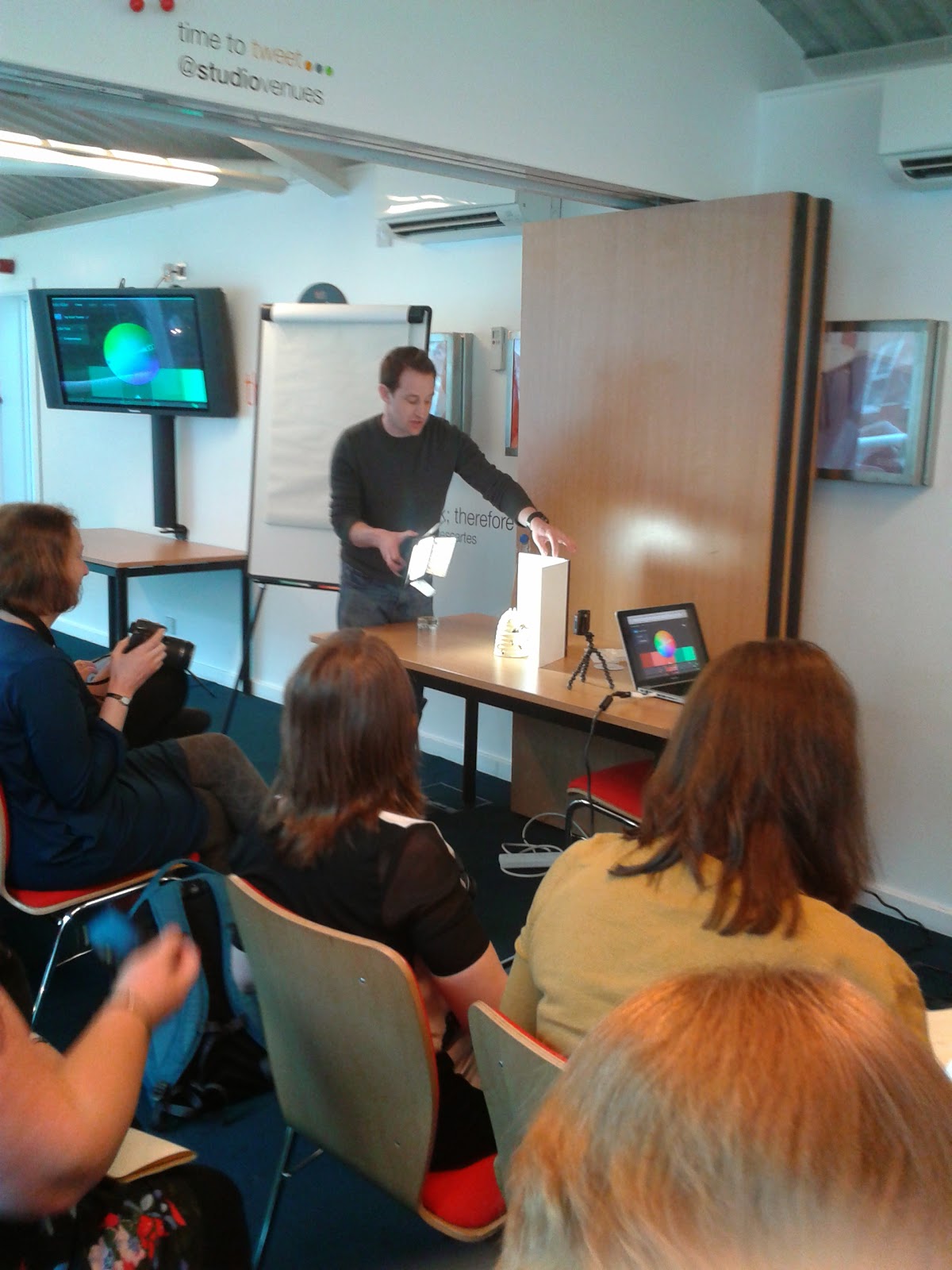 Saturday was BlogCamp day hosted by Tots100 and Foodies100. I had been feeling a mixture of excitement and nervousness leading up to the event. But once I was there I relaxed and was ok. I was me again, not mummy, not wife, just me, Kirsty! I met so many lovely people and have learnt so much! My head is now full of ideas and thoughts about what I want to do and achieve!﻿ 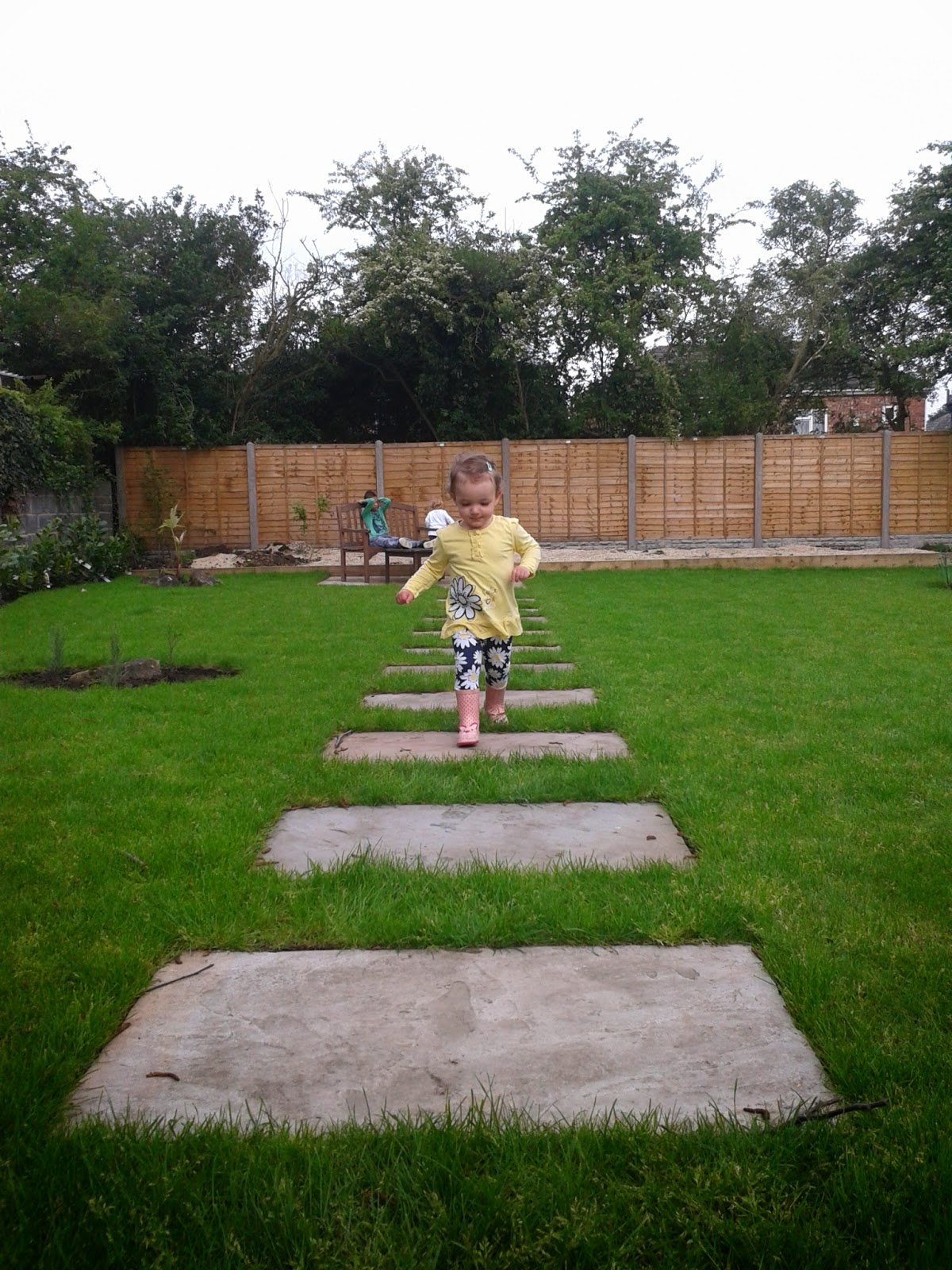 My silent Sunday.
Have a lovely week x
As always I am sharing my week in pictures with:
Make Do and Push's The Week That Was Captured
The Boy and Me's Project 365
Pop over and see what other bloggers have been up to!
﻿
﻿
﻿
﻿
﻿
﻿
﻿