I can't believe how quick the weeks are flying by!

The days have been colder and more like our "usual" weather but this hasn't stopped the children wanting to be outside. 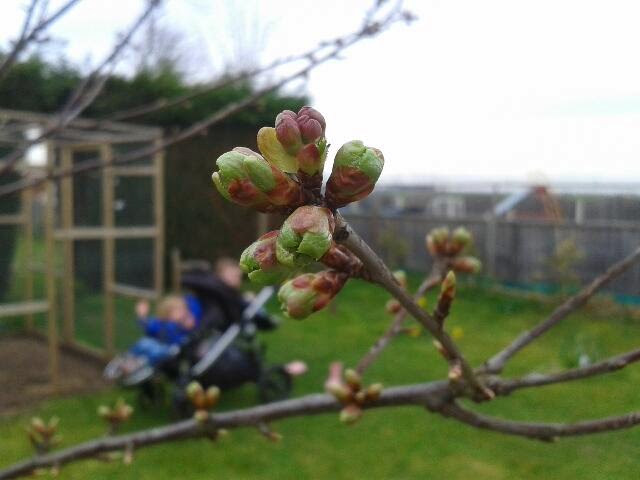 Monday was spent, as normal Mondays are, cleaning round after the weekend. Whilst we were down the garden with the chickens I started looking at all of the plants and trees that are starting to come back to life. I was pleased to see the buds on the cherry trees. I love seeing these trees in bloom! 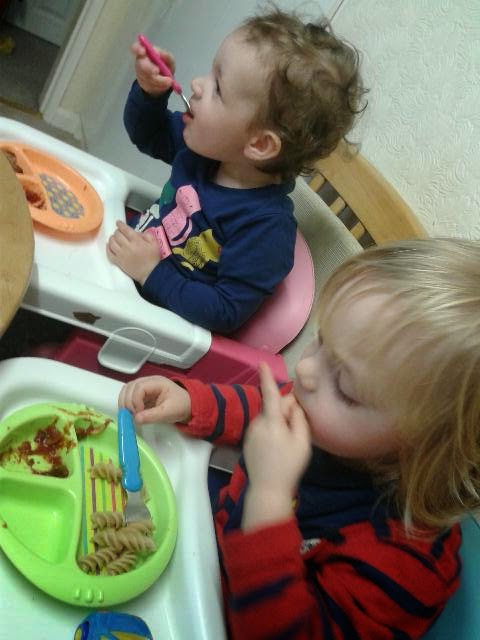 Since the twins had the dreaded sicky bug their appetites have not been the same. However on Monday this took a turn for the better! I bought them some new sectioned plates and have started to separate their foods. I have found that they are enjoying their food a lot more like this. This enables them to taste each food individually and mix if they want to. I did meatballs in a tomato and vegetable sauce with pasta. Isabella had a whopping 3 servings while Taylor had 2. It is lovely to see them eating better.
Tuesday 18th March 2014 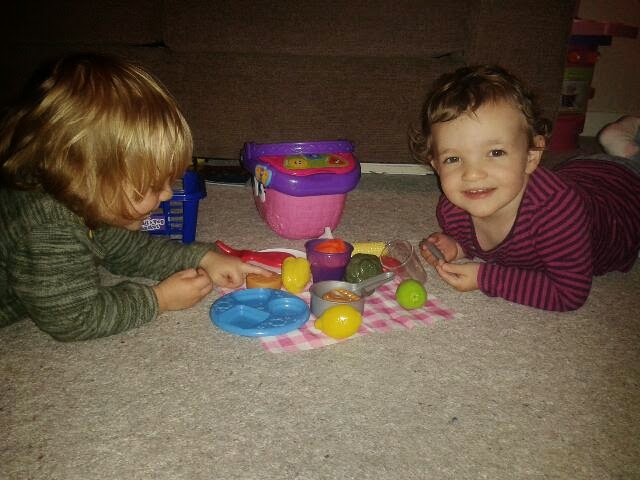 I love watching the twins playing together. They have started playing a lot more roll play games. On Tuesday evening I sat and watched as Isabella set out a little tea party and called over to Taylor "Come on Taylor, tea party!". They both laid down and went on to eat and drink with their play food. This gave me an idea for a lunch time treat!
Wednesday 19th March 2014
﻿ 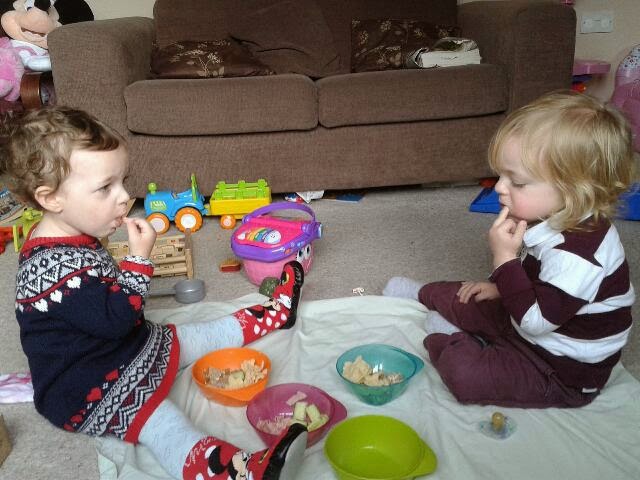 Wednesday I took a lot of pictures and it was impossible to pick just one! We had a lovely day! We started the day by going into town and going to the market to stock up on meat. After we had had a walk round town and got what we wanted we came home. After their game the evening before I thought it would be fun to do them a tea party lunch which they thought was great! 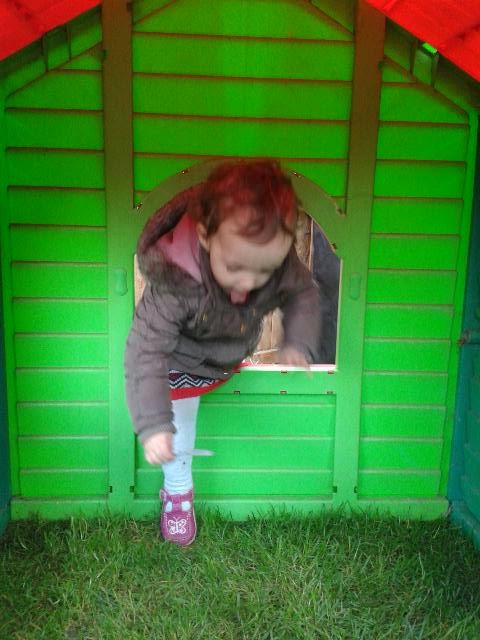 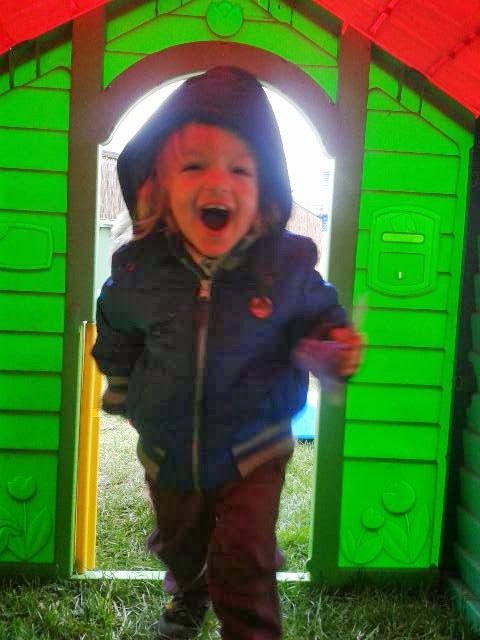 After lunch it was dry so we had some garden playtime. They always love playing in their playhouse and on Wednesday they discovered alternative ways of getting in. They both thought it was hilarious to climb through the windows and were giggling uncontrollably!
Thursday 20th March 2014
﻿
﻿ 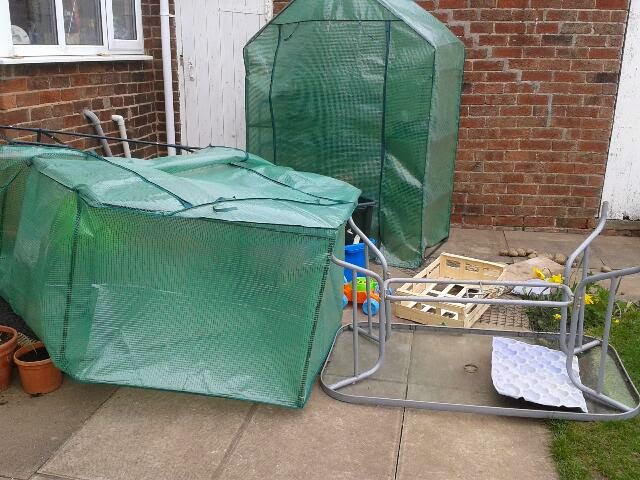 ﻿
When I got home from shopping on Thursday I was welcomed to the destruction above. The weather has certainly turned. We live in a village and have open field at the end of the road. This, for us, is perfect and we love the country lifestyle. However, as we are at the end of the road we are open to all of the winds that come in off of the fields. It really does howl around the house and garden. The greenhouse was originally against the wall.﻿
﻿ 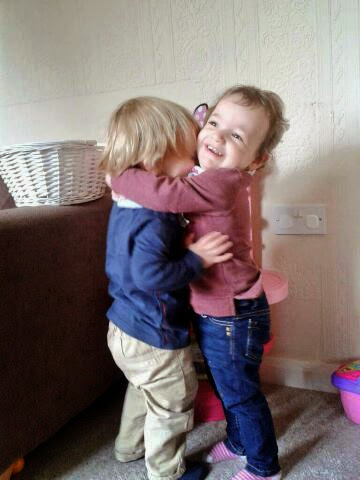 The twins certainly made me smile with their cuddle game! They kept shouting "cuddle" at each other, then ran up and hugged. It was so sweet and shows their close bond! 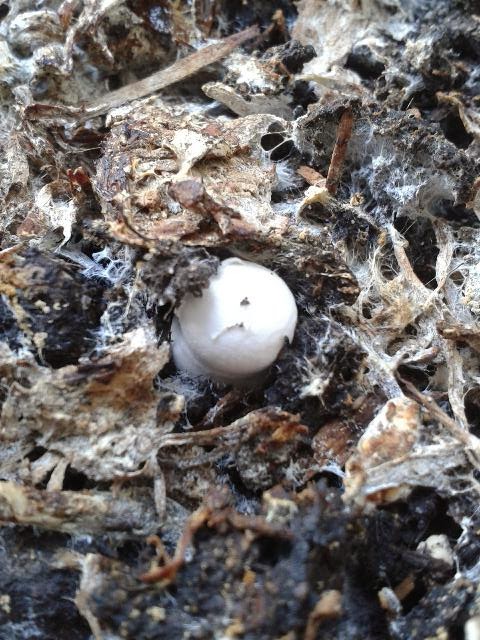 The hubby got a mushroom growing kit for Christmas. He finally got it going 3 weeks ago. Everyday we have been looking at it and to be honest we were giving up on getting anything. Then on Friday Joseph came running out of the room shouting excitedly "a mushrooms coming, look!" Here it is, our first mushroom, hopefully more will come along too. 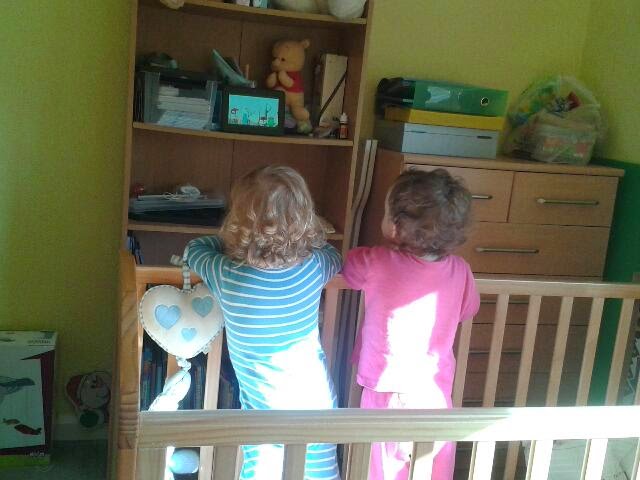 The twins have a new favourite﻿ programme. Disney's Sheriff Callie keeps them so quite! So while we were getting ready on Saturday morning they both went in Taylor's cot and we put Sheriff Callie on the Kindle and they were mesmerised! There aren't many time when they are this still or this quiet I just had to capture it! 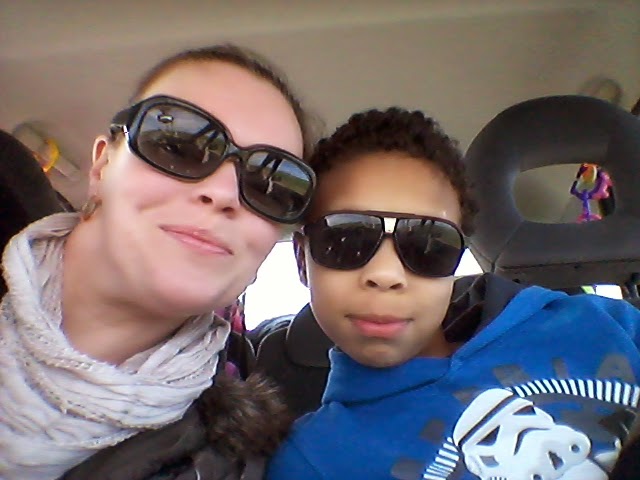 Saturday mornings are me and Joe time. Joseph goes swimming so we have a bit of us time. The music goes on in the car, we have a sing and Joseph has all of my time! He is growing so quickly! 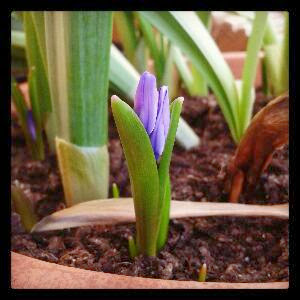 My Silent Sunday picture is this beautiful little flower that is growing in one of our tubs. The only problem is that neither of us can remember what it is! So if anyone knows please tell me!

Have a lovely Sunday and a great week x﻿

I am sharing my Project 365 with The Boy and Me