This week has been much the same as last week and now that the weather has turned for the better I can see us having many more like this!

The mornings have started off cold so after we have done the school run and been to the chickens I have had the twins inside.

But after lunch once it has warmed up a bit and the dew has dried up they have been outside.

We have even taken the twins out before bed in the dark garden to close the chickens up for the night and they have found it to be such an adventure. I can see this becoming a regular occurrence! 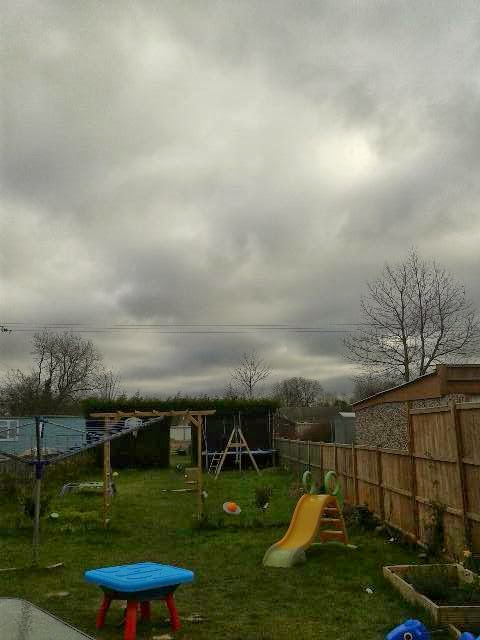 After a glorious Sunday last week it was lovely to wake up to bright blue skies on a Monday morning. However when we got home from taking Joseph to school, the bright blue skies had turned to this! However, I did need to catch up on jobs indoors so this gave me the chance.
Tuesday 11th March 2014
﻿ 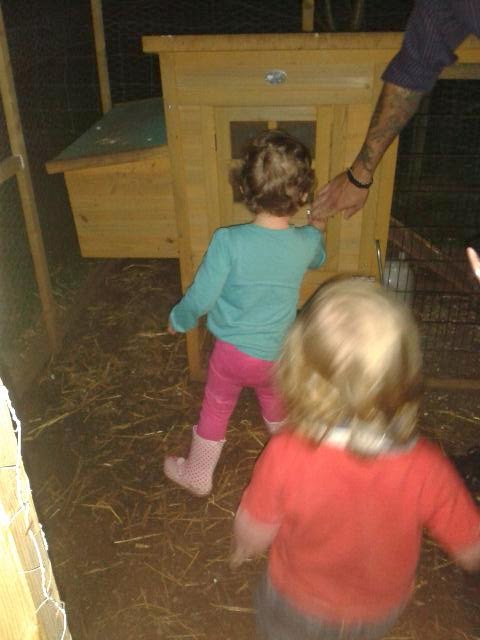 This isn't a great picture as it was dark and where the chickens are, behind the big hedge that separates the main garden from the vegetable garden, it is pitch black. The twins and Joseph thought that it was so much fun going out in the dark with just torches. Here are the twins saying goodnight to the chickens.
Wednesday 12th March 2014
﻿ 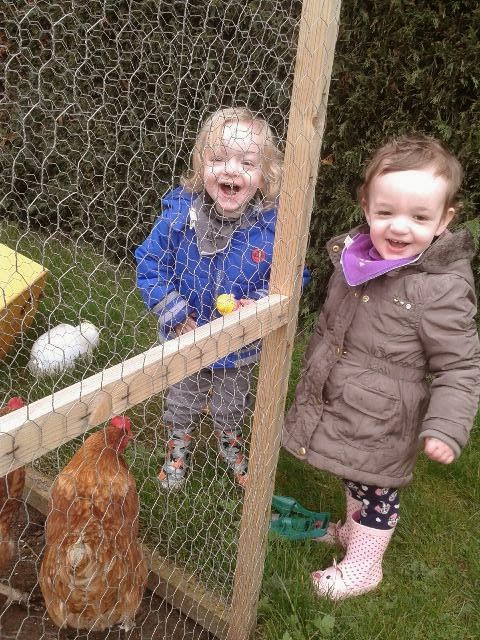 This is one of my favourite pictures of the twins. It sums the pair of them up perfectly, giggling together and playing. They have started to want to explore the chicken more now that they have discovered outdoor fun. They found it so funny that the chickens were following them as they ran around the coup. It was a lovely sight and one of my most treasured sounds. It fills my heart every time I hear the giggling together.
Thursday 13th March 2014 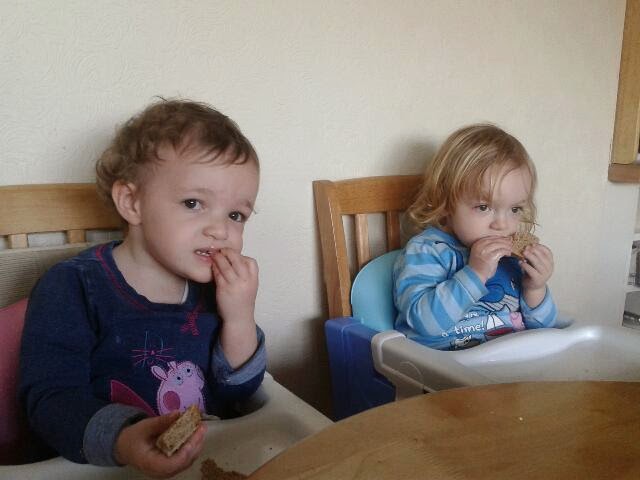 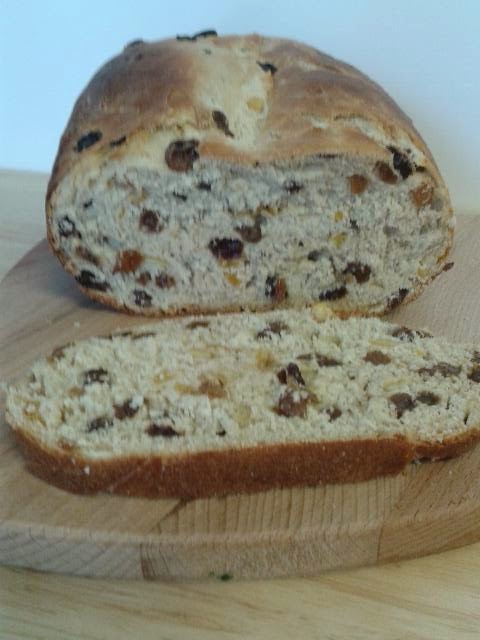 Thursday was a baking day. I adapted a recipe and made this delicious fruit and cinnamon loaf, which I will be sharing! The twins thoroughly enjoyed trying it fresh out of the oven with butter melted in!
Friday 14th March 2014﻿ 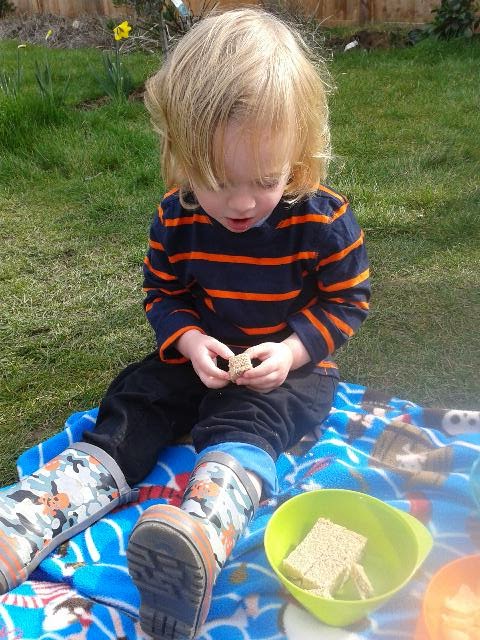 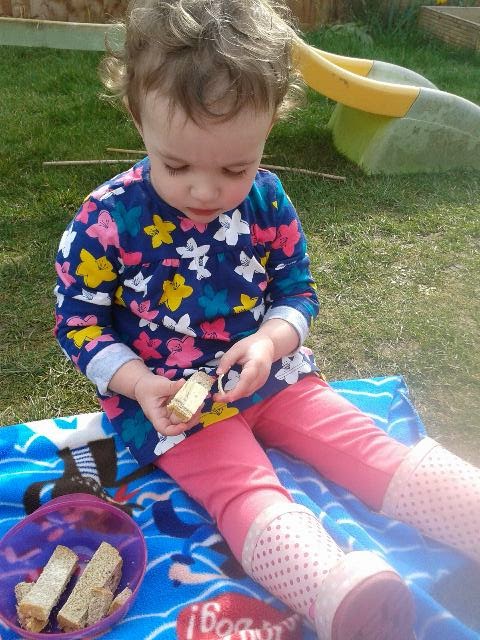 Ever since the twins were poorly with the stomach bug they have become more fussy with their food. I keep on trying new ways and foods to try and get them to eat as well as they did before. As it was a lovely day on Friday I thought that having a garden picnic would be a good way. They were so excited when I told them and kept shouting "mic mic, mic mic!" They did eat a bit better but also played around a bit more but as long as they ate and had a good time I was happy!
Saturday 15th March 2014
﻿ 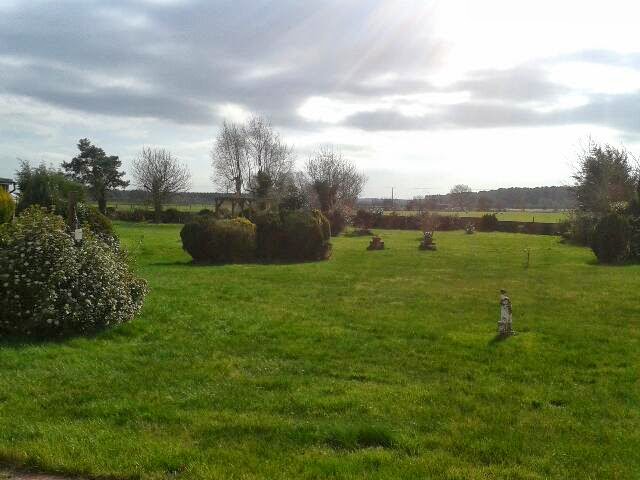 On Saturday we went to see my Nanna. I am always amazed by how this garden moves me. It is where my grandad spent many a day, pottering about. It is also where a lot of my childhood and adult memories are of time with my dear grandad. He used to chase me around, then chased Joseph around! I am just sad that the twins will not have that. But I do talk to them about him, they know who he is. Isabella has some knowledge as when I have said that we are going to see Grandma a few times she has replied "Gramps?"
Sunday 16th March 2014
﻿
﻿ 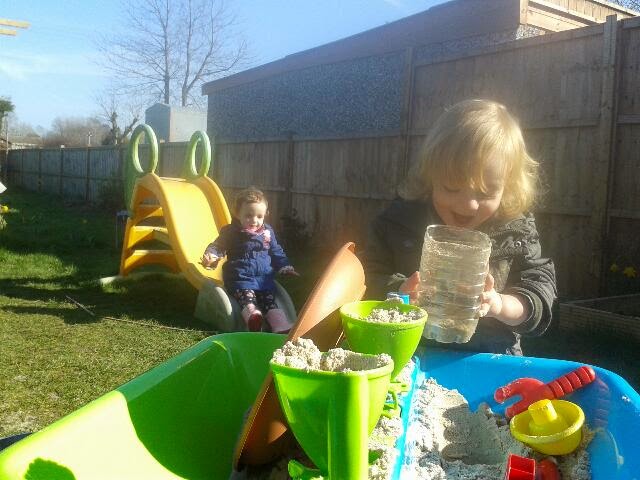 My Silent Sunday had to be this one of the children playing this week.

Have a lovely Sunday and a great week x

I am sharing my Project 365 with The Boy and Me