Since my last weekly round up of pictures I have decided to run them from Monday to Sunday. Therefore you may have already seen the first two pictures!
So here goes, this is our week in pictures... 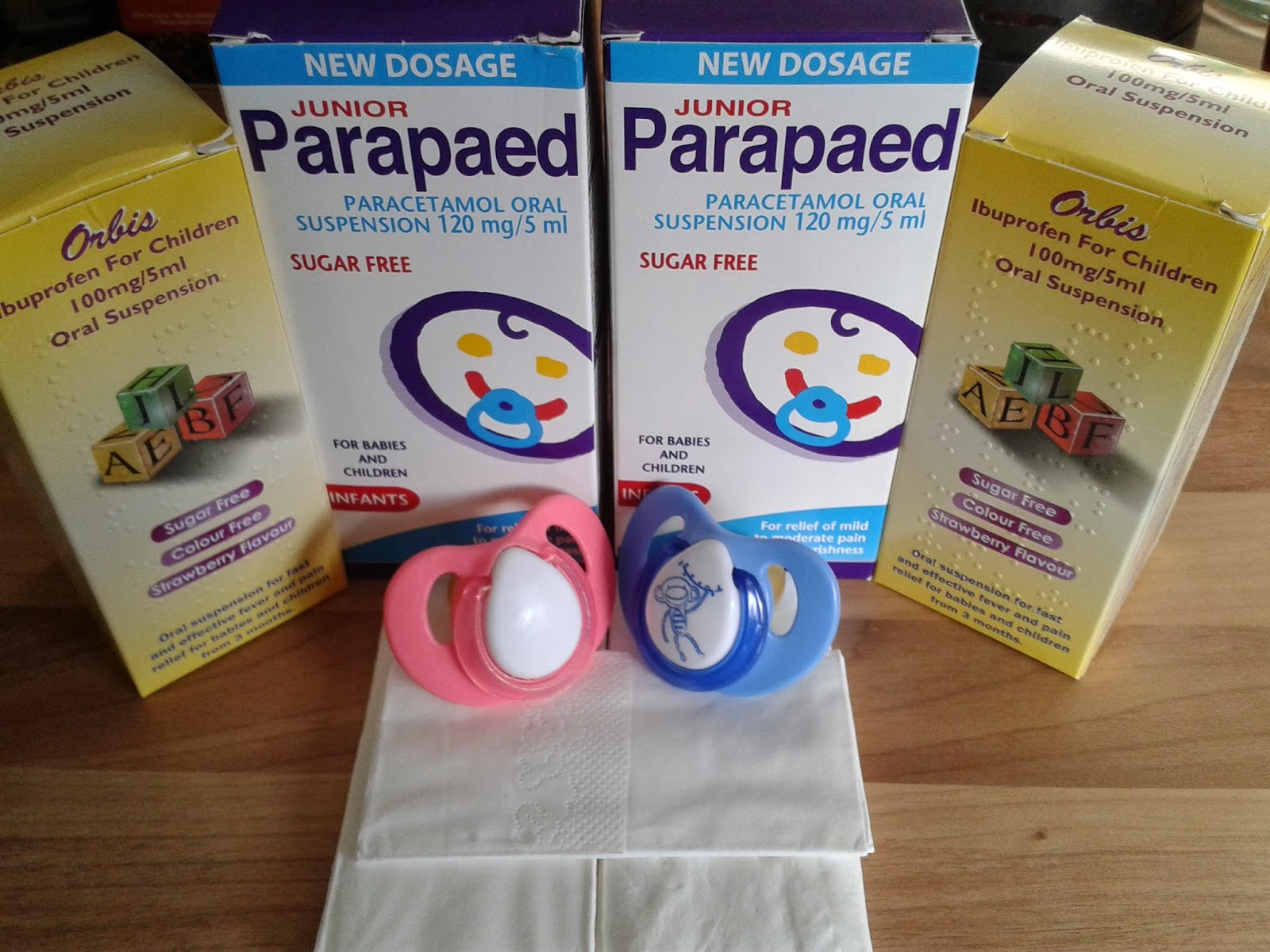 Not a great start to the week! We had poorly twins :-(
They started coughing on Sunday and were generally under the weather and clingy. We had a trip to the doctors to get them checked out. Thankfully neither of them had any infections but their little glands were up so the diagnosis was viral! We got stocked up with paracetamol and ibuprofen along with tissues for their runny noses and dummies to soothe! We had a few tiring days with lots and lots of cuddles.
Tuesday 7th January 2014 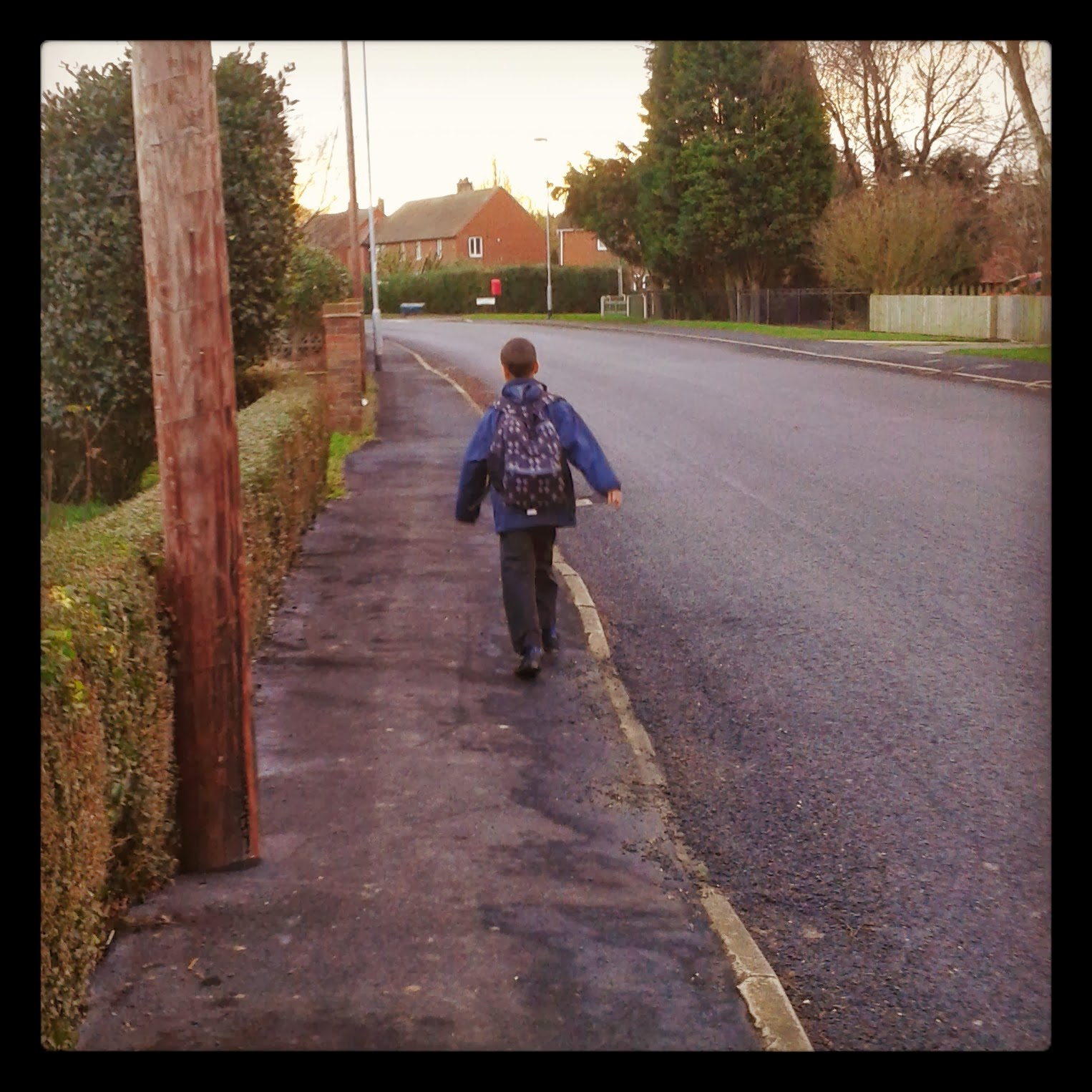 Tuesday was Joseph's first day back to school in 2014.
That also meant that it was back to a normal routine for me and the twins!
Thankfully I don't have any problems getting Joseph to school, he says he doesn't like school but every morning he runs all the way there to play with his friends.
I worked full time until I had the twins and always dropped Joseph off at the childminders before school started so I never got the chance to do the school run. So now I am a full time stay at home mum I love our morning and afternoon walk doing the school run and feel lucky that I can now do this.
Wednesday 8th January 2014 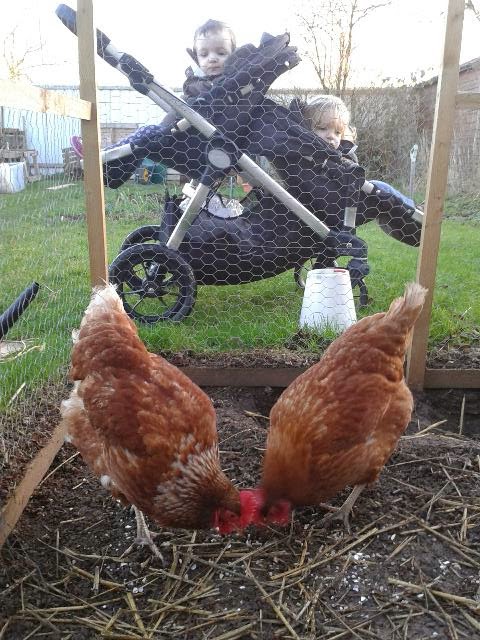 After we have done the school run in the morning we go down to see the chickens and collect the eggs.
Their coop is enclosed inside a larger run that my hubby made. This is to protect both our garden and them from foxes!
The twins sit in their pushchair while I go in to clean their nesting box, feed them and give them clean water. They love to sit and watch the chickens and are often in fits of giggles at their antics!
Thursday 9th January 2014 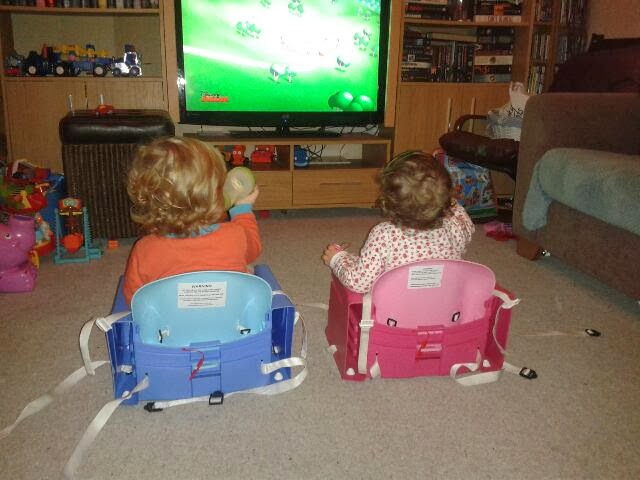 I love watching the twins when they are sat first thing in the morning.
It is about the only time of day, apart from meals and bed time, that they both sit nice and relaxed and drink their milk.
They sit, drink their milk and watch Mickey Mouse but once the milk is all gone they're off again.
So here's my five minutes of peace!
Friday 10th January 2014 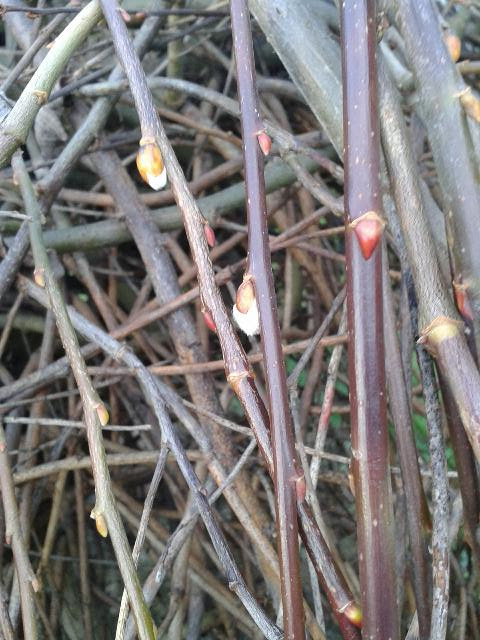 I love seeing the dull plants and trees coming back to life.
This morning on my walk back from the school run I noticed that our willow is starting to come back to life!
Roll on spring time! 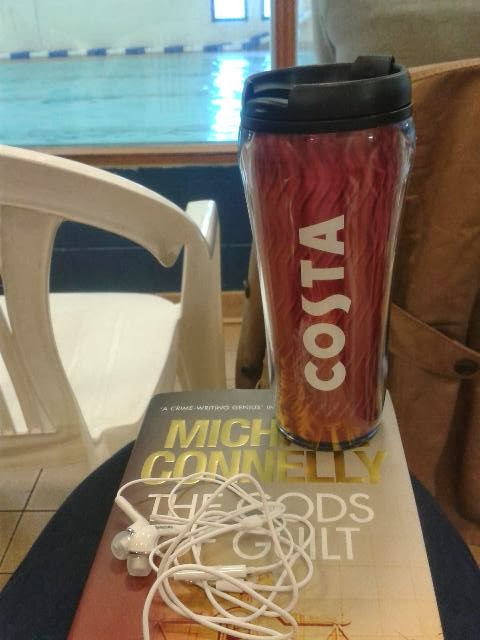 I have to admit I love Saturday mornings. Joseph has his swimming lesson first thing in the morning.
I leave the twins at home with hubby, take a lovely coffee, my book and my headphones and enjoy a little bit of me time!
In the car we usually have Mickey Mouse playing so it is nice to sit and listen to my music!Today, I am sat listening to the god of rock! Dave Grohl! I love Foo Fighters so more often than not it is them that I listen to.
Joseph only swims for half an hour but its a great half hour :-) 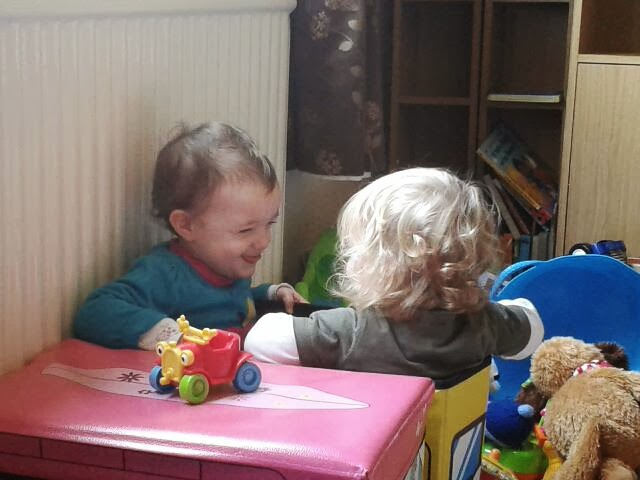 I love watching how the twins have started to interact with each other. There are times when they argue like cat and dog but there are times when they sit and play and giggle together! I just had to snap this moment of the two of them playing. They emptied one of their toy boxes and both got in and played. They were babbling away to each other and then in fits of giggles. Its amazing how much entertainment a box can provide!

This is our week in pictures, I took more but these are my favourites!
Have a great week and here's to another week captured in pictures!
You can follow my day to day pictures on Blipfoto
﻿
http://www.blipfoto.com/HijackedByTwins/

I'll also be sharing my 2014 pictures on Make Do and Push The Week That Was Instagrammed
http://www.makedoandpush.co.uk/2014/01/the-week-that-was-instagrammed-28.html﻿ 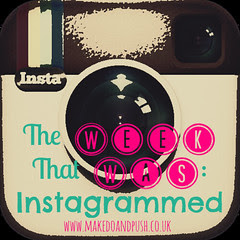