2013 what a year you have been!
We have had a lot of ups.
We had a massive down.
But all in all it has been, as always a busy year!
Our first year in our first home!
This is my round up of the first 6 months. I am doing it in two separate posts because the first 6 months were all great months. Some were busy and others were quiet but each month was great because we spent time together as a family doing things that we love.
The second half of the year was not so good and will be harder to write.
So here's my round up of January to June 2013...
January

At the end of 2012 I faced the uncertainty of whether my voluntary redundancy would be accepted.
Just the thought of leaving my babies to go back to work made me feel physically sick not to mention the financial worry of whether we could afford for me to work.
Thankfully in January I got the news I was praying for.
My voluntary redundancy had been accepted!
I rearranged my hours to part time hours and spread my annual leave over my remaining time until my redundancy date arrived!
I didn't have to leave my babies!
I was now, officially a stay at home mummy!!!
The twins started to move more. They rolled and shuffled everywhere. This is the month we had to start "twinproofing" the house!
February
In February our beautiful babies turned 1!
How could their first year go so quickly?
They have come on in leaps and bounds during their first year.
They were no longer the two little premature babies!
For their birthday I made my first novelty birthday cake!
As I used to worked full time I never had the time to bake, so Joseph's birthday cakes were always bought ones. So this year I knew that things would change and I looked forward to baking their first birthday cake!
When we moved into our house just before Christmas 2012 it really was a rush to get in for Christmas and the bedrooms were done in a hurry. So this month we tackled Joseph's bedroom. As there is quite a big age gap between Joseph and the twins he often needs his own space and time out. So his room was the first that needed to be done. We removed a large wardrobe that had been put in there and replaced it with a tall boy to go underneath his high rise bed. This made his room feel bigger and gave him a great room to call his own! 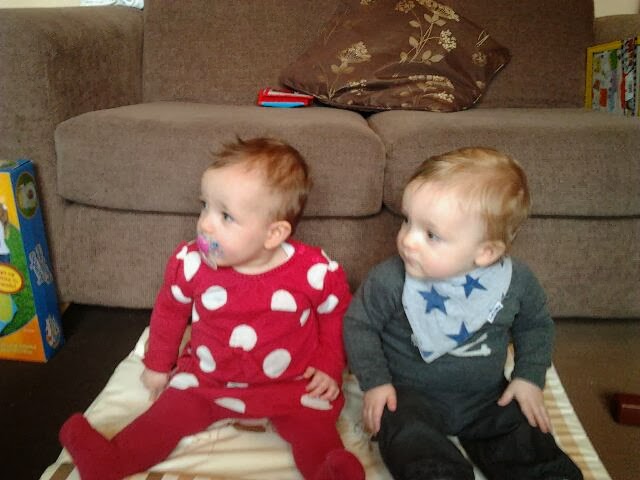 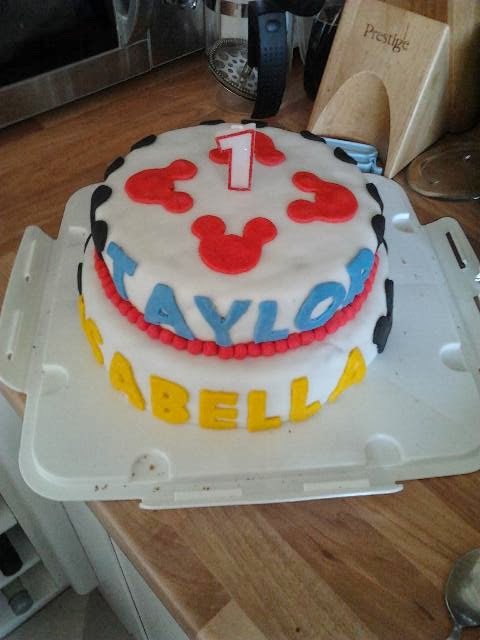 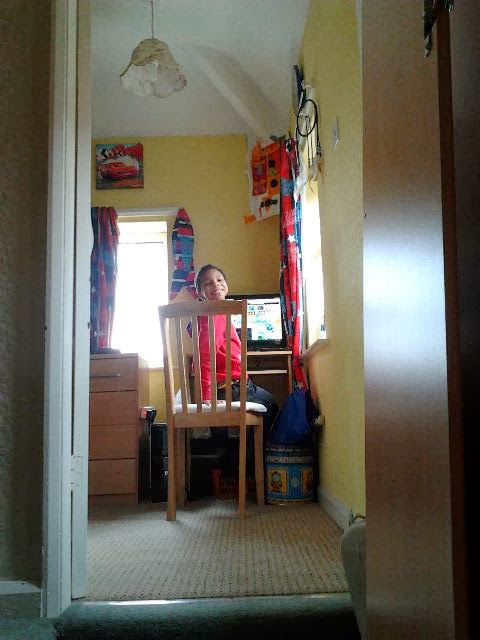 Not a lot happened in March. We continued getting settled into our new house.
The twins grew even more and became more mobile.
Of course we also had mothers day and I got well and truly spoilt! 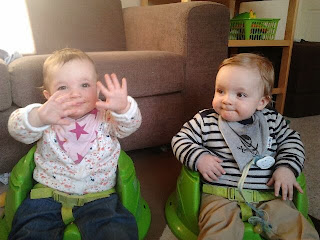 The twins were really coming into their own! 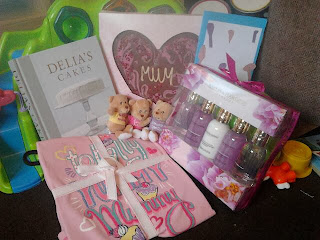 I got spoilt on mother's day x

In April we had our first holiday as a family of 5!
We had a great time up in Northumberland. But we had terrible nights with the twins. Every night I was in one bed with Taylor whilst hubby slept in the other with Isabella.
The travel cots were not a success!
Despite the bad nights we had plenty of fun days out as a family and had my mum and dad around to help and to keep Joseph occupied.
In April the hubby and I celebrated our second wedding anniversary.
A lot has happened in our marriage.
I became pregnant with the twins only 3 months after our wedding so it has been non stop since we started.
Hubby has always been my rock and is literally my other half. I just wouldn't function without him.
April also saw the arrival of the two newest members of our family.
Our two chickens!
They are great animals to keep, not just for the constant supply of eggs but I also love the children's reactions to them. They love going down to see them and wait to see if we have any eggs!
﻿﻿﻿﻿
﻿
May

We have walking twins!!!!
Apart from walking and running twins May was pretty quiet so we started working more in the garden.
The twins and Joseph enjoyed the first bit of good weather that we were having and made the most of it by going outside to play when we could.

June was my birthday.
I never look forward to my birthday's.
It's another year older.
This year I was 35 which is quite scary.
As I certainly do not feel my age, apart from when I get forgetful but I blame the children and not my age!
We spent every dry moment that we had in the garden both playing with the children and tending to the plants.
We really do love this time of year!

﻿
This is the first, happy half of the year.
If we had anticipated what was going to happen in the second half of the year we may have spent more time with my grandparents. However no one can guess what the future may bring so I will not look back and think like this.
The next 6 months did have smiles, giggles and good special times along side the heartbreaking, hurtful times.
But it is the hard times which will take me longer to write so please bear with me.
Plus the second half of the year saw my little blog born so there is more to tell!!!