This week was yet another challenge for me. I have never made a suet pudding before.
The thought of real suet has always put me off. Then I discovered that you could buy a vegetarian option so this changed my mind.
Plus the hubby had put in a special request for a Jam Roly Poly!
So that was my challenge, my first suet pudding!
As this is something I have never made before I searched through recipe books and the Internet for the basic recipe. As usual I added my own little twists to make it my own! I got the basic idea from BBC Good Food http://www.bbcgoodfood.com/recipes/13354/jam-rolypoly
I decided that I would go an extra step to make this jam roly poly original, I made my own jam the morning that I made my pudding so that it was freshly made.
That morning we went scrumping in my parents orchard and picked plenty of fresh plums. I had a couple of punnets of strawberries, so there was the basis of my jam.
I finished off my pudding by serving it with freshly made custard.
The Jam Roly Poly and custard went down a storm in our house.
It was described, by my hubby, as "Bloody Beautiful!" which is high praise from him!
Here is my Jam Roly Poly recipe:
Fresh Strawberry and Plum Jam Roly Poly
Jam - makes enough for 3 large jars
make the morning that you are going to make your Jam Roly Poly or even days in advance. I am keeping the jars of jam with the cinnamon sticks in until Christmas as they will be part of my homemade hamper gifts!
300g strawberries, chopped
700g plums chopped
1kg jam sugar
Juice of 2 oranges
2 cinnamon sticks
80mls water
1: Place all of the chopped fruit into a large metal pan
2: Add the water, orange juice and cinnamon sticks
3: Bring to the boil
4: Whilst the fruit is still in pieces add the sugar. This way you will get a chunky fruit jam, for more of a smoother jam let the fruit stew before adding the sugar
5: Bring back to the boil and keep on a high heat until you reach setting point. I use a jam thermometer so I know when it reaches 104C however if you do not have a thermometer put some of the jam on a cold plate, if it creases when you push it, the jam has reached setting point
6: Pour the jam into hot sterilised jars, add a cinnamon stick and put the lids on
7: I put enough jam for the Jam Roly Poly in a bowl and put to one side to cool

Jam Roly Poly
50g butter
250g self raising flour
Seeds of 1 vanilla pod
1tspn cinnamon
50g shredded vegetable suet
150mls full fat milk
Jam
Place a deep roasting tin on the bottom of the oven and put boiling water in to about 3/4 of the way and preheat the oven to 180C
1: Put the butter, flour, vanilla seeds and cinnamon into a food processor and mix until you have fine breadcrumbs 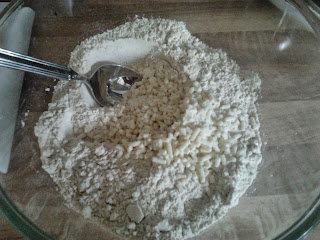 2: Put the flour mixture into a mixing bowl and add the suet and milk and mix. I found it easier to mix this with my hands, as I would bread dough
3: Once you have a dough like mixture place on a lightly floured worktop and roll out into a square
4: Next, get the jam and smooth over the dough, keeping one edge jam free 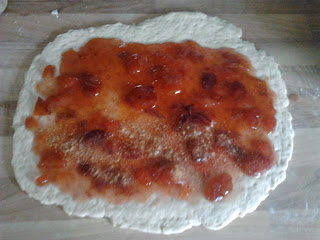 5: Roll the dough towards the jam free edge and seal
6: Lay out some tin foil and line with greaseproof paper. Smear butter all over the greaseproof paper and place your rolled dough onto it. 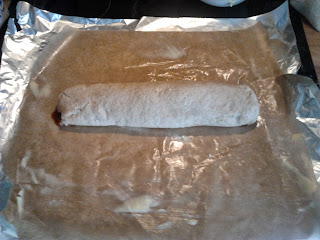 7: Bring up the sides of the foil and greaseproof paper and scrunch them together. Do not wrap the pudding tightly as it ill expand! 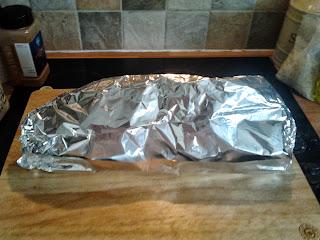 8: Place the foil wrapped pudding on the shelve above the roasting tin of water and leave to bake for 1 hour 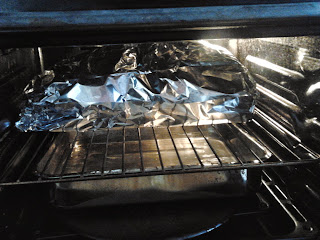 9: Once it has cooked leave to stand for 5 minutes before unwrapping 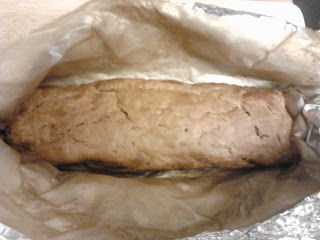 Custard to serve
4 egg yolks
100g caster sugar
300mls double cream
300mls full fat milk
1tsp cornflour
Seeds from 1 vanilla pod or 1 tsp of vanilla paste with seeds
1: Heat the cream, milk and vanilla
2: Whisk the egg yolks, caster sugar and cornflour until it is light
3: Removed the milk before it reaches boiling point
4: Gradually add the milk to the egg yolk mix
5: Transfer the custard mixture to a saucepan and heat. Stirring continuously with a wooden spoon
6: Serve once it is thick
Enjoy x 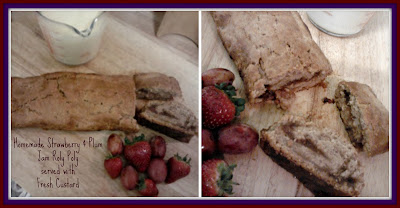