Yesterday's toddler group ended up in a trip to a local soft play area!
I have never taken the twins anywhere like that before mainly because they still don't seem big enough. But I need to realise that they are not babies anymore. So when we were asked if we would like to go I thought "Yeah, we'll give it a go!"
We had lunch then got ready to go.
Yes, I was nervous about how the twins would react, would the just cry at everyone or would they just go and play? At one point these worries would have stopped me going, but as my confidence and the twins have grown I knew that we would be ok!
When we got there the twins had a couple of minutes in the pushchair so that they could get used to their surroundings and then they were off!!!
They started off cautiously but in no time they were getting more daring.
Before I knew it they were climbing up the slopes onto the next, higher level. The three of us climbed up went along a walk way, past the funny mirrors, around a ball that was bigger than them and then down the slide! We went through tunnels and played with games on the walls. They were having the time of their lives! They found some big soft building block and loved stacking them up and counting, then knocking them over. We had so much fun.
The one thing that I enjoyed more than anything was giving the twins my undivided attention to playtime!
At home there are always distractions, there are jobs to be done, the phone might ring, emails come through and the television being on.
Having that time has made me realise that we really do need to do it more and I cannot wait! 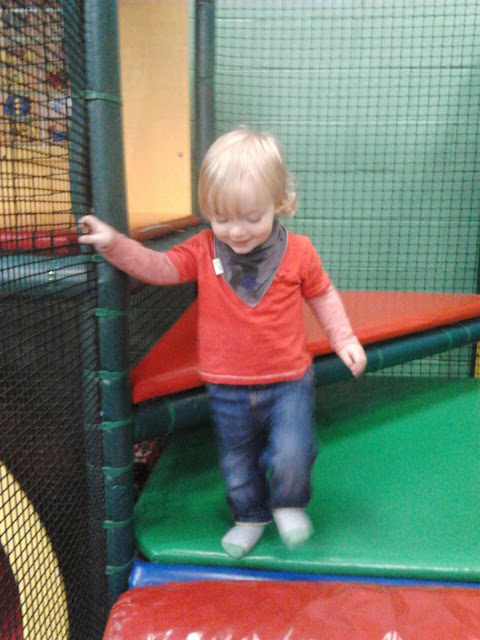 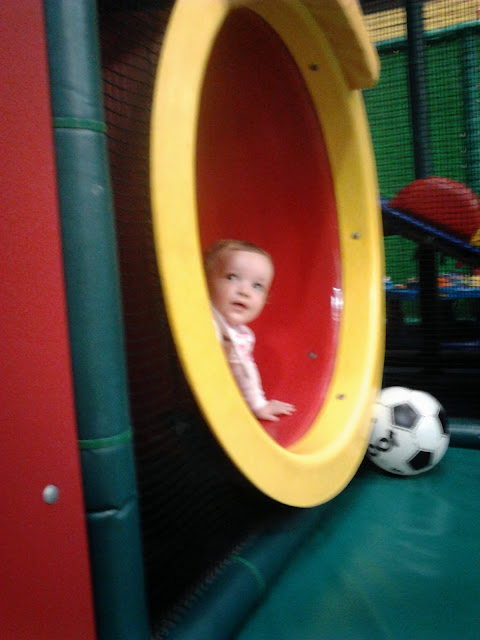