I cannot believe that 9 years ago I was in labour with my first child!
Where has the time gone?
Joseph has changed me in so many ways. From the moment that I found out that I was pregnant my life changed.
I was no longer the centre of the universe, he was! I changed from a selfish girl, I only cared about what I wanted to do to someone who had a purpose in life. As soon as I found out I was pregnant my whole mindset changed.
There was somebody more important.
When I had Joseph I was living in Gran Canaria, I had no family there and was on my own. Going through it all made me stronger. If I could do this I knew I could do just about anything!
When I found out that I was pregnant I was 21 weeks gone.
People often ask "how could you not know you were pregnant?"
I honestly didn't! I was extremely underweight and I didn't have regular periods so not having one was nothing new. As for the bump, there really wasn't much of one and I thought I was just putting on weight! After a couple of friends had innocently asked me if I was pregnant I did a test. Purely just to prove them all wrong!
But it was me who was wrong!
The rest of my pregnancy flew by.
On Saturday 18th September 2004, 2 weeks early, my contractions as started. The following day I went to hospital and was kept in. My contractions were getting worse but I wasn't dilating and Joseph was getting in distress so they induced me and broke my waters.
4 hours and 55 minutes later, Joseph was born.
That was the second I knew that I would do absolutely anything for him and loved him unconditionally.
When Joseph was 6 months old we came home and settled back down in England. This was the best move that we made. 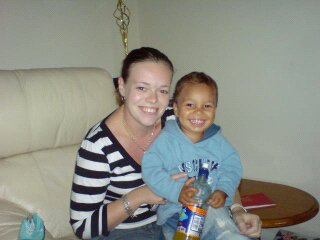 I spent the first couple of years as a stay at home single mum to Joseph.
When he was nearly 3 I returned to work. I was extremely lucky that the place that I went to work had a nursery on site so we were always close to each other. 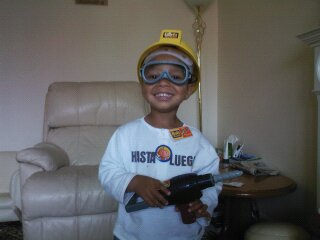 When Joseph started school I missed him so much. He settled straight into school. I felt, and still do, so proud of him when I watch him walk into school.
When James came into our lives he not only completed my life but he also completed Joseph's. He gave him something that, at one time, I thought that he would never have.
He became his dad.
Joseph thinks the world of him and he is his dad.
He certainly did us both proud on our wedding day when he handed over the wedding rings during the ceremony. 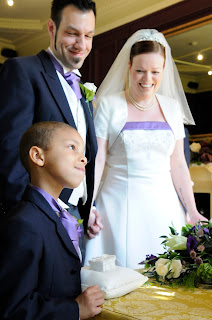 When I look at the boy he has become I cannot believe how much he has matured during the last 19 months. After the twins arrived he had to grow up a bit, he was not the only one anymore but he did so well adapting to having our new additions home. He is such a caring and considerate big brother. At times driving us nuts with his antics but he is happy. That is all we can ask of him as parents, that he is respectful to others and happy in himself.
My boy is 9 tomorrow, that means that I have had 9 fantastic years with him. 9 years ago my life began and for that I will ever be thankful that he came into my life, he has made me who I am today. 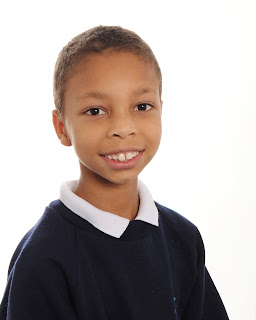