What a couple of days we have had. I really do not know how I am still sane. The twins have changed into climbing explorers and escape artists and Joseph has just been full on.
If feel that I may have jinxed everything with my post that said it was getting easier! I have not had a moment to even blog! As soon as we've had some peace and quiet I've been shattered and ready for bed.
Taylor has discovered that not only can he crawl with his seat still strapped on but he can also walk with it on. The chairs were my safety net that has now been whipped away. Whenever I wanted to keep the twins in one place I would put them in their chairs. So these last two days have been exhausting days. I have been rushing around trying to get house jobs done before they can get into any mischief. Believe me this has been a huge challenge and a lot of jobs have just not been done. But on the other hand I have had even more time with the children. Our house is rarely spotless and the floors are always covered with toys but I like to think that we have got happy and contented children which is much more important.
After all of Thursday's stress from a bad night on Wednesday and feeling like we live in a mad house, hubby suggested asking my mum and dad to come down for a BBQ. This was to our first BBQ in our own house. This time, chilling in the garden, with the people closest to me and a glass of wine helped me no end. We had a lovely couple of hours talking, laughing and reminiscing. Apart from my hubby, my parents have a huge role in my life. We missed 7 years together when I lived abroad and from the moment that I moved back to England we have been close. Even more so when I moved back into the village. I really cannot imagine living anywhere else. I feel so lucky to have them just down the road.
Yesterday I made the trip to see my nanna and grandad. This is the first time that I have felt able to go on my own with the twins. I normally go with either my mum and dad or hubby, if he is not at work. Our twins have always been quite shy babies. If they are around people that they see regularly, they are ok, but if they haven't seen you in a while or they don't know who you are, they are hard work. They just want to be held and scream at the "new" faces. This may be my fault as we do not go far from home. When Joseph was younger I took him to different play groups purely because he was, at that time, an only child and I wanted him to socialize. I don't do this with the twins. I feel that they have each other to play with. We did go, a couple of times, to a local playgroup to get them weighed and as we were the only multiple family it felt like we were a circus show. The other mums, who just had the one baby, found it fascinating to sit and watch and stare at the mum with twins. It made me feel like people were judging and watching to see how I coped. For any new mum, whether you have multiples or singletons, this is hard. So I did shy away from the groups. But also, anyone who has multiples, will understand that going anywhere require meticulous planning and organisation and when you throw in the school pick ups it is hard! With two clingy, shy babies it would have caused more stress than enjoyment.
I felt that this visit the twins would be ok as we were all there, as a family, at the weekend. I knew that they would still be fresh in the twins memory. Thankfully I was not wrong. Taylor went walking straight in and even Isabella never made fuss. This was probably the first time that they have interacted and played with their great grandparents in this way and I could tell that they were over the moon with this. Since having the news about my grandad I have been thinking a lot. I am going to take the children over so much more than I did do. I have come to this decision, not just for the children and my grandparents, but for me too. I want to spend as much time with them both before times get really bad. It is hard to imagine how we will all cope when he does get poorly so that is why I want to see as many good days as I can.
I want to create memories for all of us to treasure. We certainly achieved that yesterday. 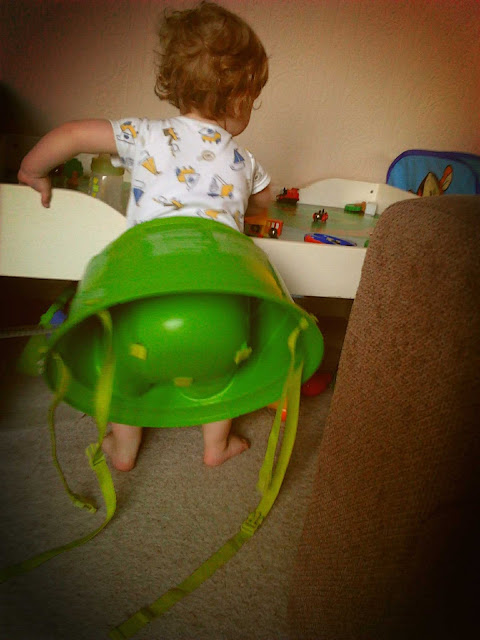